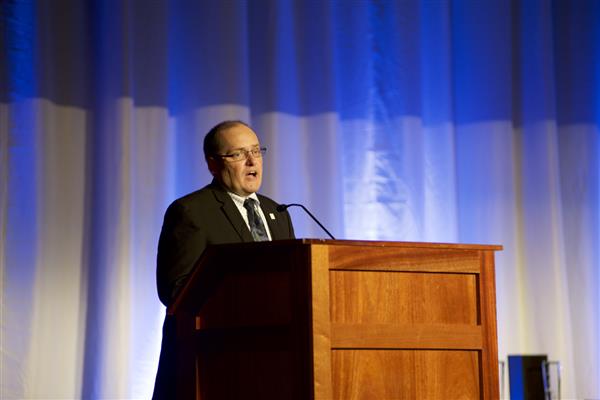 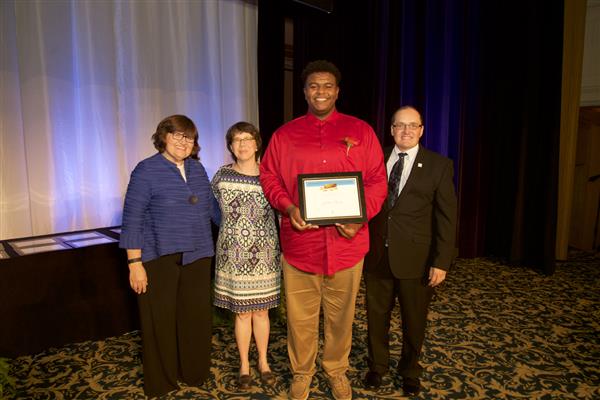 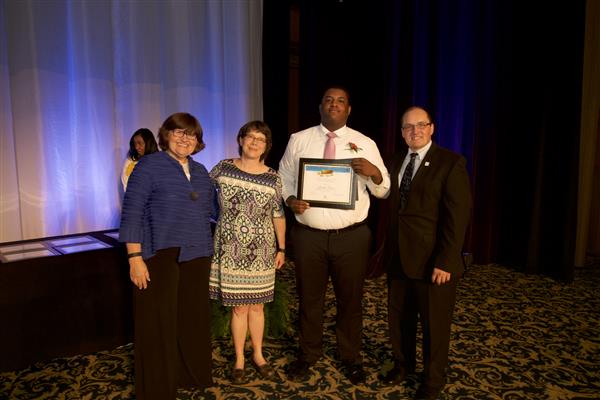 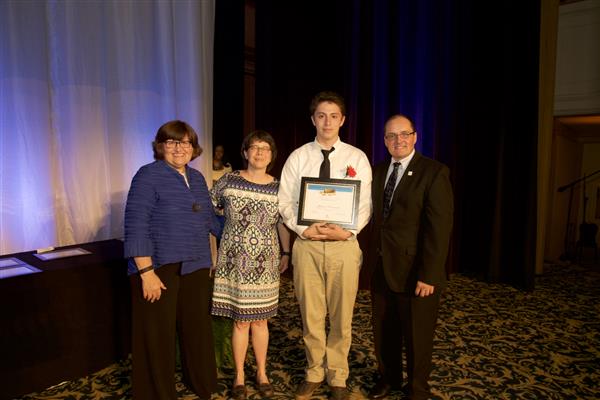 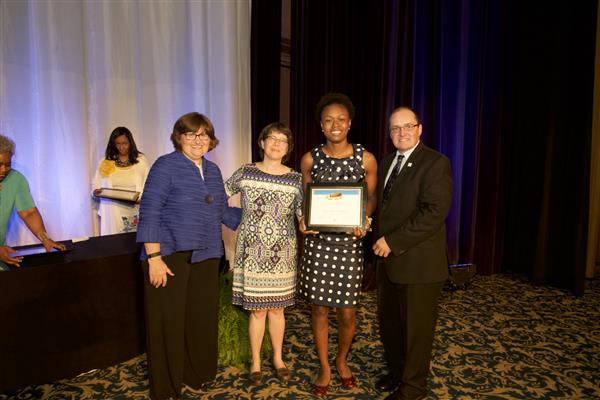 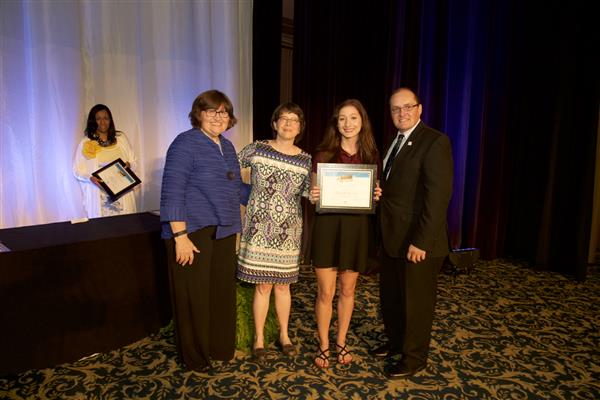 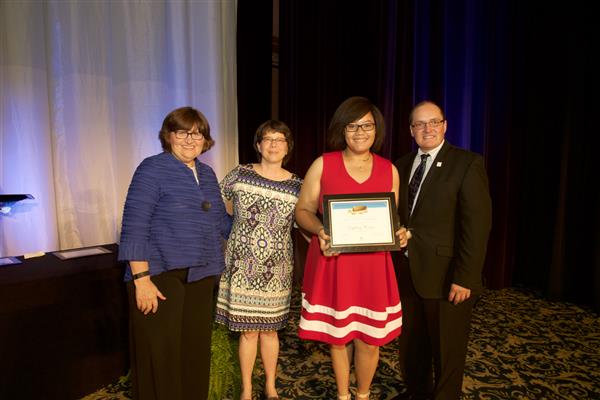 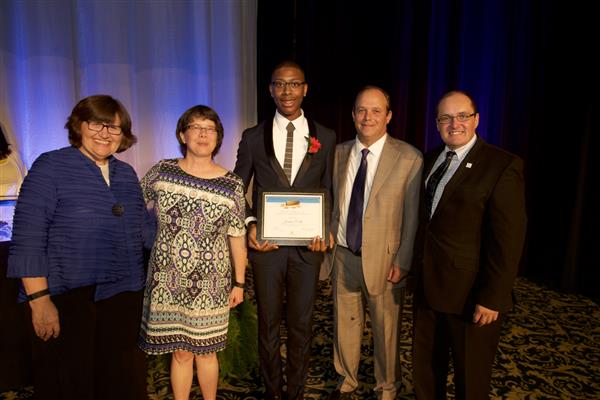 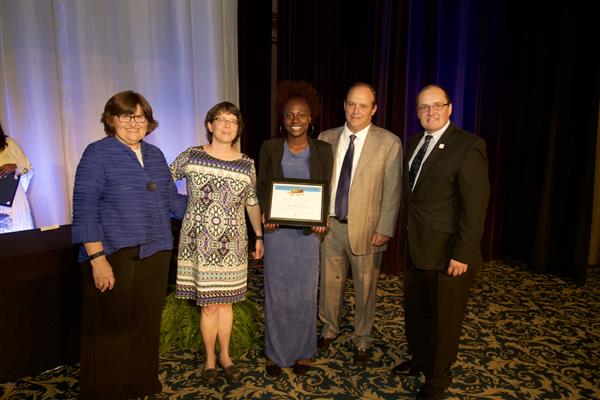 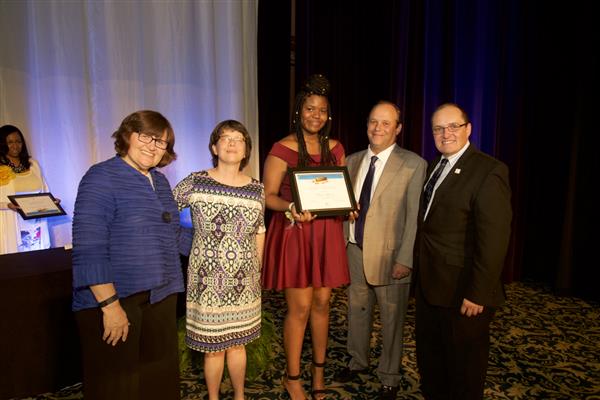 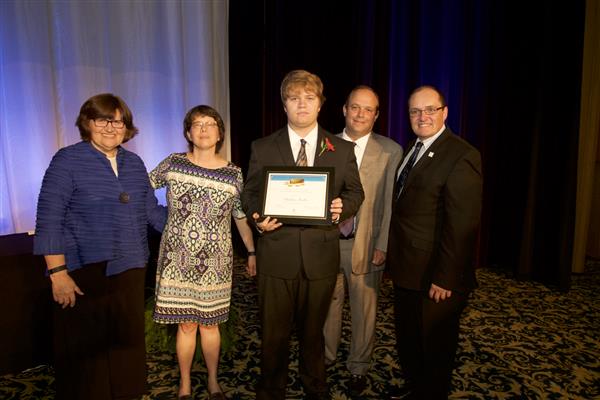 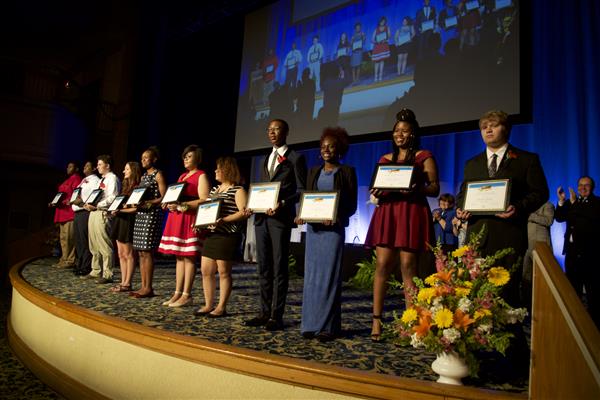 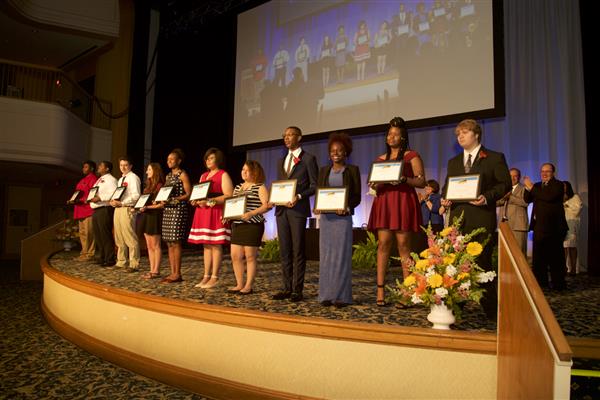 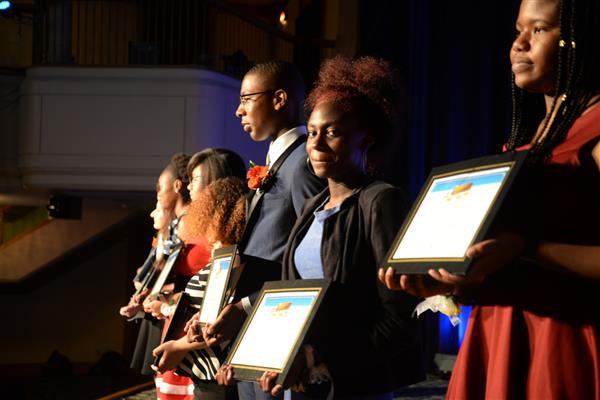 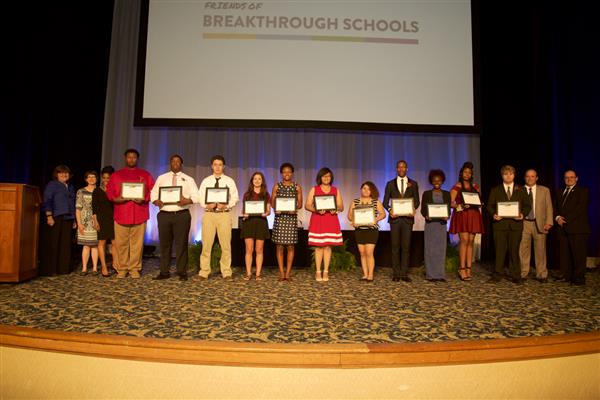 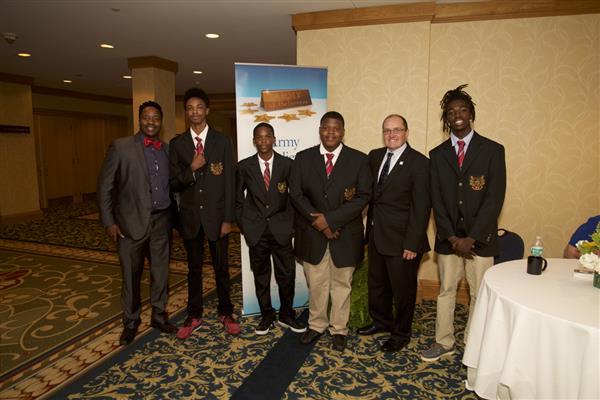 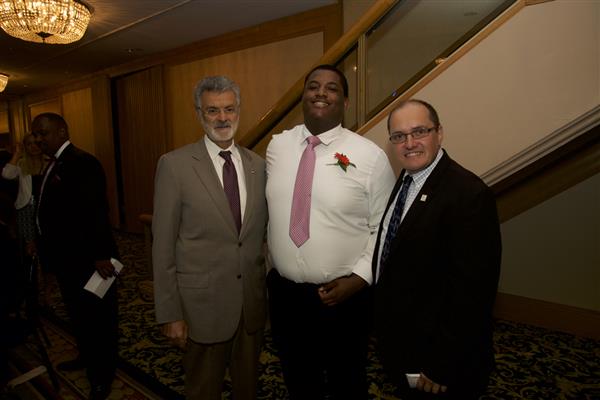 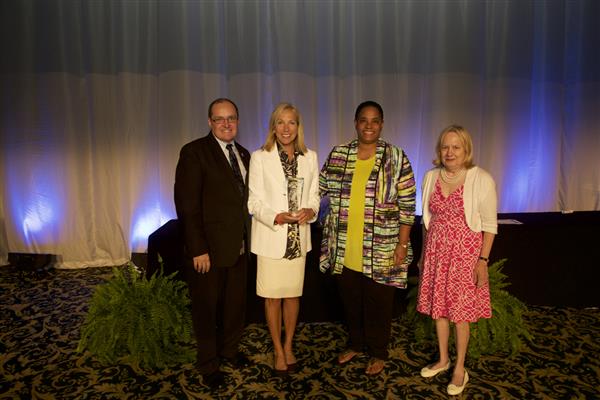 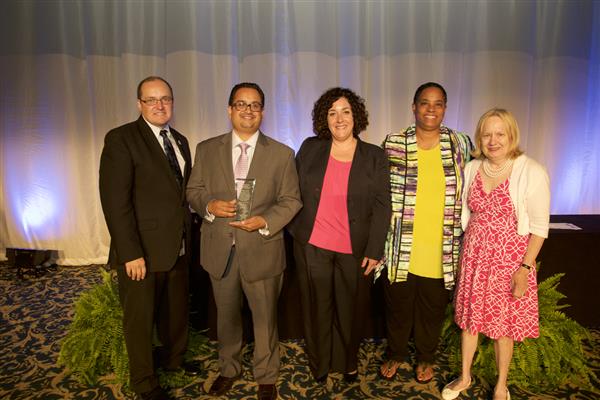 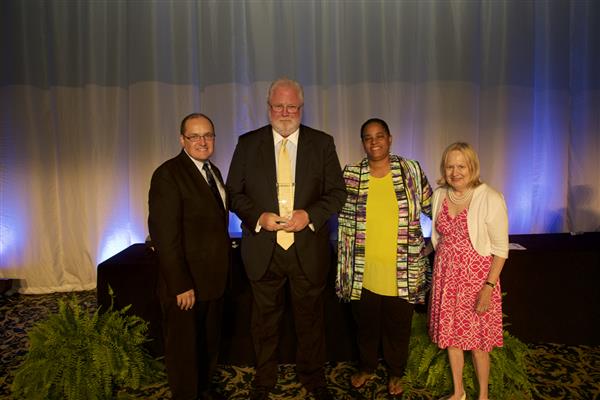 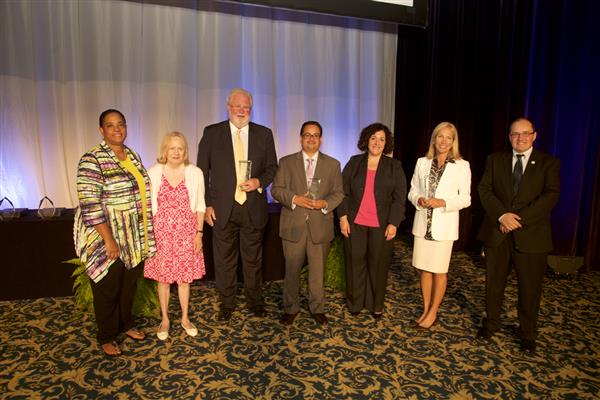 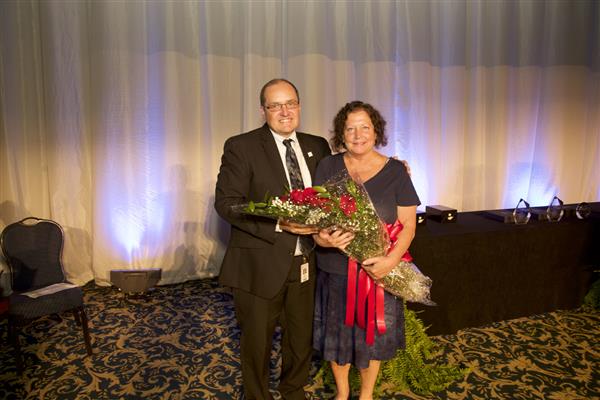 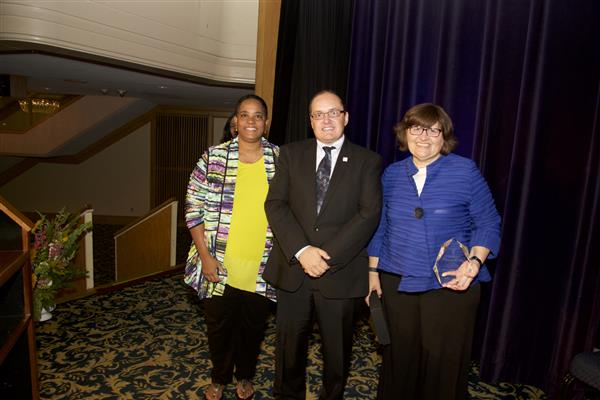 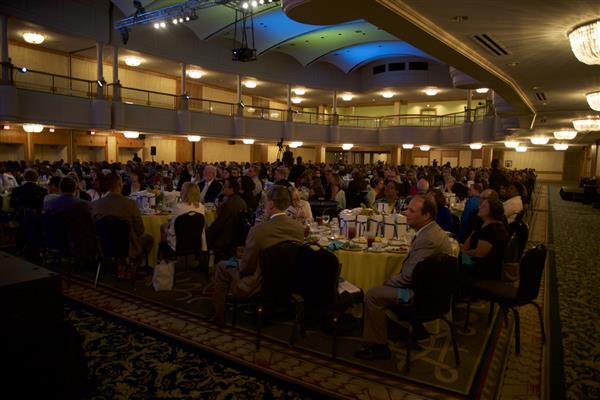 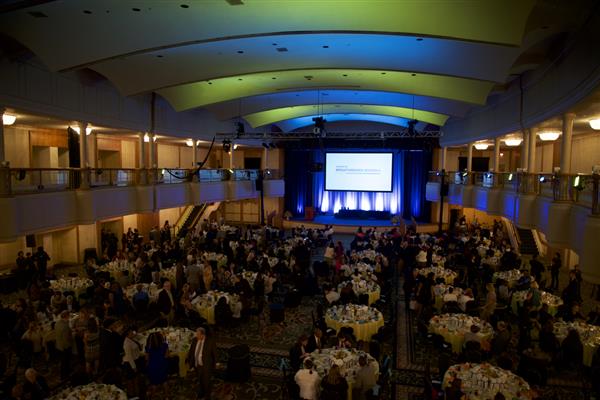 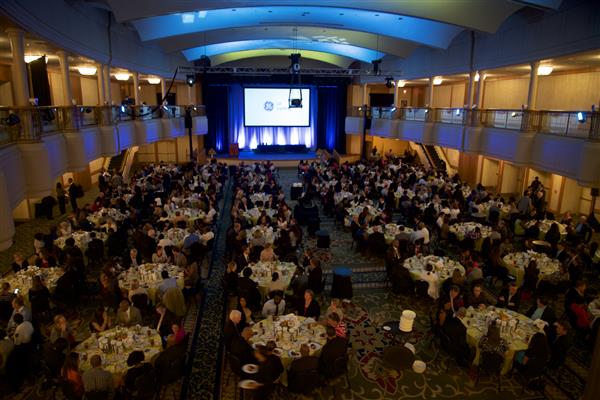 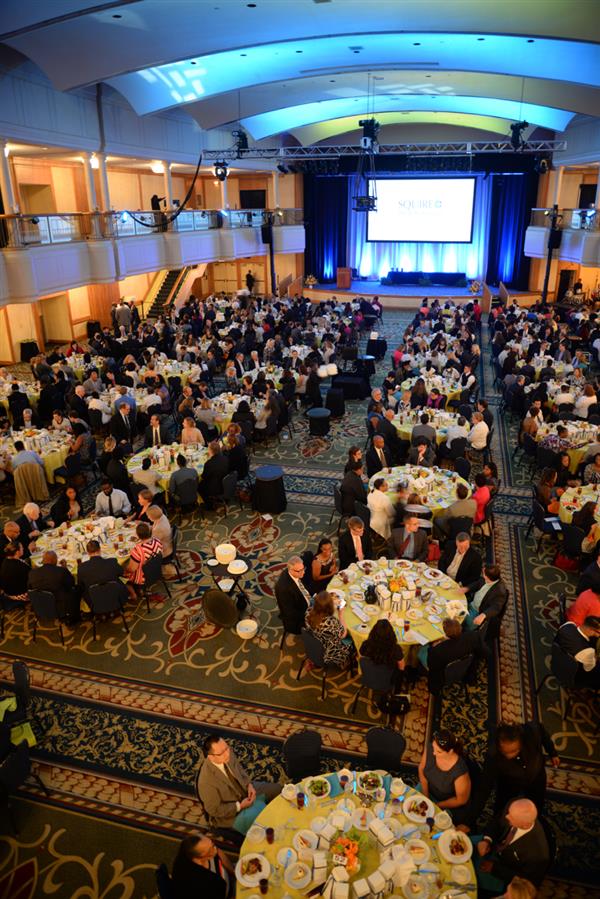 Twelve recent high school graduates were awarded $5,000 scholarships to help pay for the colleges and universities they will attend in the fall. Each recipient will also receive an Apple laptop.


The winners were chosen through a rigorous, multi-tiered selection process that included an essay and a panel interview. The committee received more than 100 applications.

More than 600 people filled the ballroom at the Renaissance Cleveland Hotel in Public Square, including CEO Eric Gordon, Mayor Frank Jackson and the city’s chief of education, Monyka S. Price. The luncheon served as a reminder of the influential sponsors and community partners who help open doors for CMSD students to succeed.

The District  honored three “five-star generals” -- individuals or organizations that have invested significant time and resources to benefit students.


Among the honorees was Dee Haslam, part-owner of the Cleveland Browns, who was involved in the District’s “Get 2 School” campaign that helped reduce chronic absenteeism in the last school year by 11 percent. Dee and husband Jimmy Haslam also committed to refurbish five CMSD football fields with high-quality, synthetic turf in the next two years.


The nonprofit Shoes and Clothes for Kids was recognized for donations made to CMSD students over the past 47 years. The organization announced Friday that it will donate about 1,000 new school uniforms to CMSD students this fall, in partnership with Uniforms for Kids.

Victor Ruiz, executive director of Esperanza, said partnerships that CMSD has with organizations like Esperanza are a key part of districtwide improvements.


“It takes all of us to make this happen," Ruiz said. “The District alone cannot change a society.”

The scholarship winners said they were grateful to have the support of the community and the District as they pursue their college dreams.


“It’s inspiring,” said scholarship recipient Joshua Delk, who plans to study musical theater in college. “It just helps me to go forward and keep going, to know that someone believes enough in me to help me further my education, because knowledge is something that no one can take away from me.”


Recipient Julian Hernandez said the scholarship is a major comfort as he begins to worry about student loans. Hernandez plans to study aerospace engineering and eventually wants to work on spacecraft.

One of the event’s honorary co-chairs, Inajo Davis Chappell, partner at Ulmer Berne LLP, said she was excited about the upswing the District is experiencing as the elements of The Cleveland Plan come to life. Chappell said her parents pulled her out of her suburban school when she was in sixth grade to enroll her in Miles Standish School, which is now Michael R. White School.


“So many parents even today are doing the same thing that mine did, taking their children out of [other] school districts and returning them and enrolling them in Cleveland’s redesigned and innovative schools,” she said.