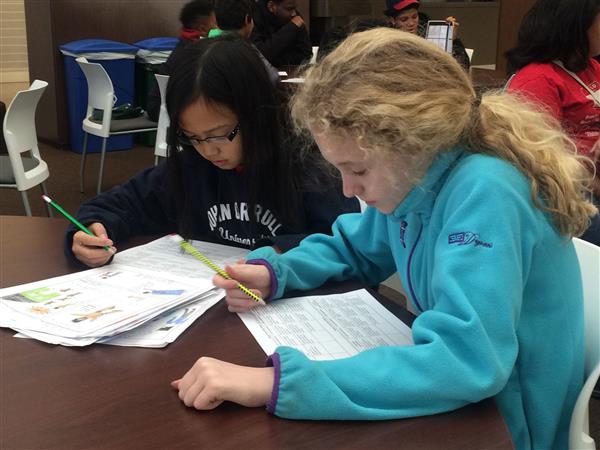 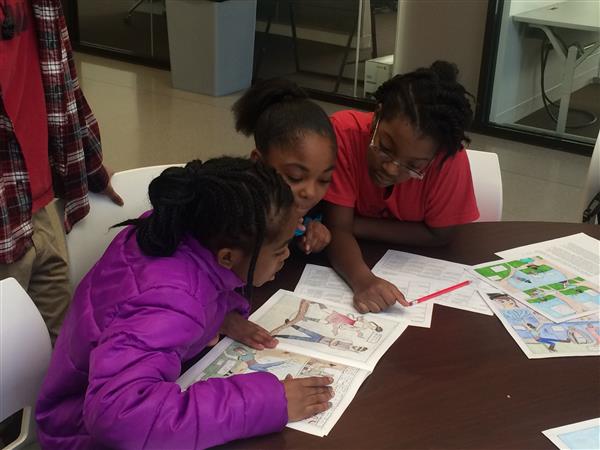 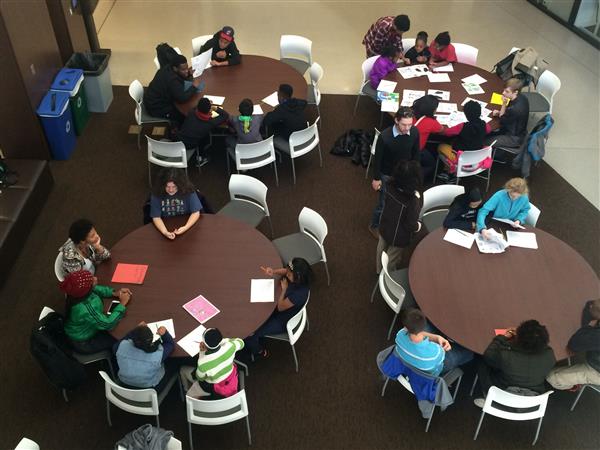 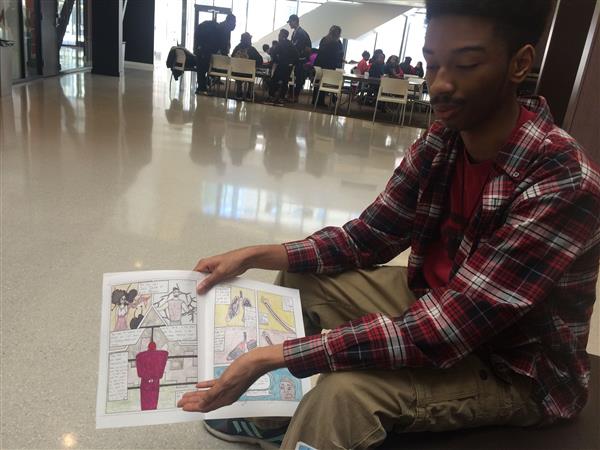 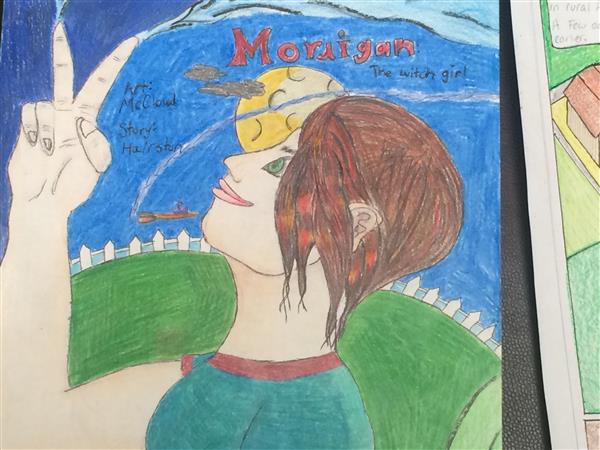 CMSD NEWS BUREAU
12/17/2015
Two unusual CMSD schools occupy separate portions of the Cleveland State University campus, but students had never mixed until superheroes brought them together Thursday.
The superheroes were characters in comic books that 11th-graders from MC²STEM High School conceived, researched, illustrated and published. They presented their work to fifth-graders from Campus International on Thursday morning.

Students at MC²STEM (STEM stands for science, technology, engineering and mathematics) spend the 11th and 12th grades in classrooms leased from CSU. They take ninth-grade classes at the Great Lakes Science Center and 10th-grade classes at GE’s Nela Park Campus in East Cleveland.

Campus International, which presently goes up to seventh grade but will gradually expand to take in high school, teaches children to be global citizens, which includes learning Mandarin Chinese. University faculty and students use the school as a training and research center.

The comic book project, which began about two months ago, was a medium for teaching the juniors about chemical reactions and biomedical engineering.

Telling the stories also required research in areas like math and law. And students with no talent for art could help with themes and dialog.

Juniors Mason McCloud and Mark Hairston concocted “Morigan the Witch Girl,” who, as the result of mutation, can release air power through her fingers. Mason, hardly a comic book aficionado, provided the concept and the illustration, while Mason, a buff, developed the plot.

Both said the main lesson they took away from the exercise dealt more with work habits than core subjects.

“I think it was time management,” Mark said. “A lot of people waited too long to get something. We literally had just enough time.”

MC²STEM, launched in 2008, has been at CSU for two years but had not previously collaborated with Campus International, said Feowyn MacKinnon, MC²STEM’s head of school. The comic books, by simplifying complex subjects, created an opportunity.

“What good is a comic book without someone to present to, someone to read it?” Wolf said.