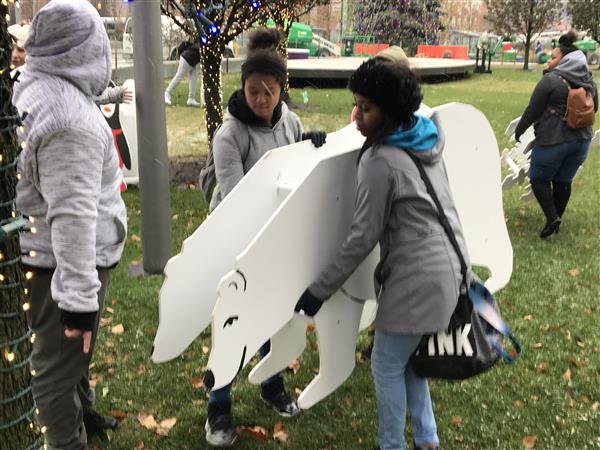 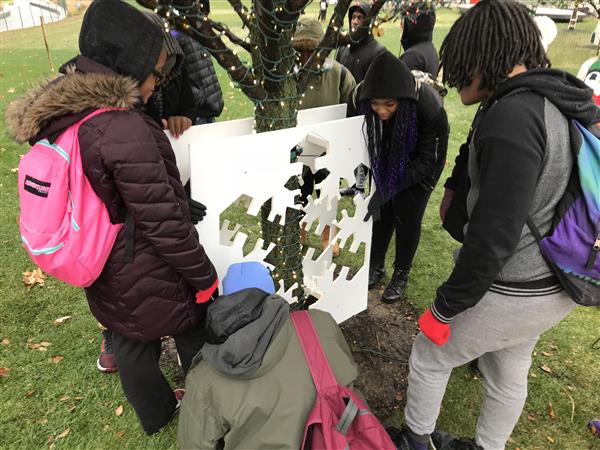 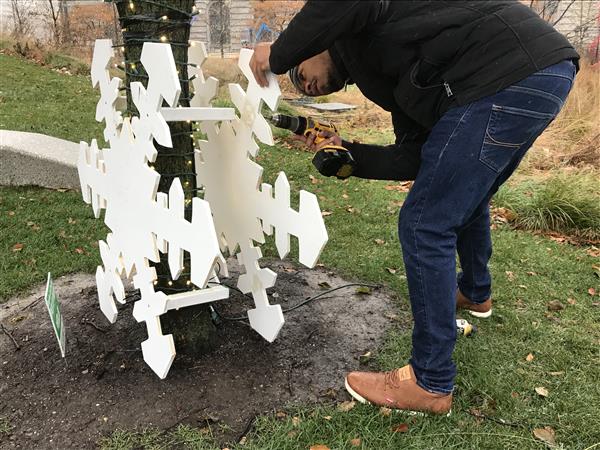 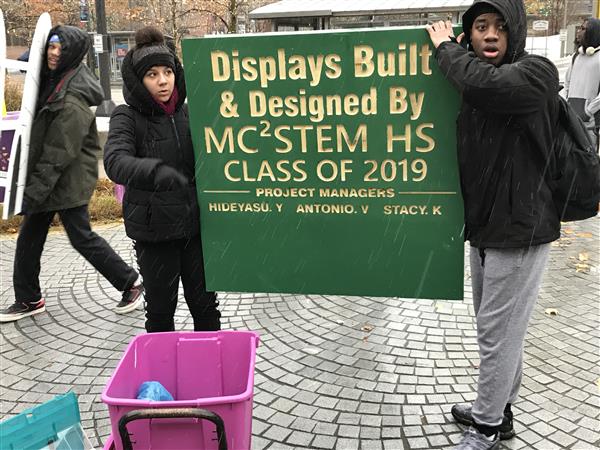 Students from MC²STEM High School weathered snow and cold Tuesday as they moved about Public Square setting up their holiday gifts to the community.

About 70 juniors and seniors designed, painted and built 27 displays for the city’s annual Winterfest celebration in engineering class. The igloos, penguins, polar bears and snowflakes, made in an MC²STEM Fab Lab, stand about 4 to 6 feet high.

Under the guidance of engineering teacher Phil Bucur, the students cut the pieces with computer numerical control machinery and by hand. From design to installation, the work took more than a month to complete.

“I wanted to do something for Cleveland before I go to college,” said student project manager Stacey Kowalski, a senior who will study zoology at Central State University. “It was a great experience.”

The work was performed mostly in class, but senior Antonio Vazquez, another project manager, said he put in some time after school and during a break. He said he feels proud knowing that carloads of people will take in the displays as part of a Cleveland holiday ritual.

“I’m happy to claim that MC²STEM did all of this,” said Antonio, who will attend Cuyahoga Community College and study to be a mechanic.

This year marks the 10th anniversary of MC²STEM, which is believed to be the only high school in the country with classrooms embedded at a Fortune 500 company – GE Lighting. The year-round project-based school conducts ninth-grade classes at the Great Lakes Science Center, 10th-grade classes at GE’s Nela Park campus and 11th- and 12th-grade classes at Cleveland State University.