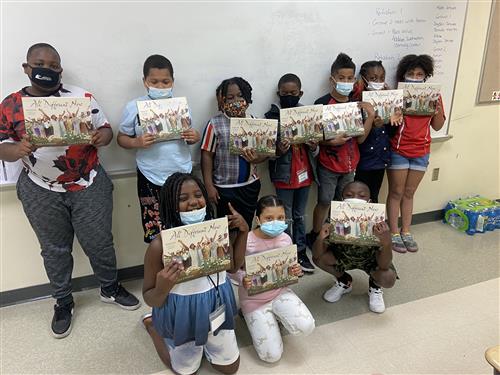 Juneteenth, a holiday celebrating the end of slavery in the United States, is here, and new Cleveland Browns defensive tackle Malik Jackson has presented some CMSD students with a gift to underscore the day’s significance.

Jackson gave the District 250 copies of “All Different Now: Juneteenth, the First Day of Freedom” to Cleveland schools and organizations.

The book tells the story of the first Juneteenth through the eyes of a young girl. Copies were distributed Thursday to students at George Washington Carver School, one of the sites for the CMSD Summer Learning Experience.

“I’m excited to donate these books because it’s important to me for the next generation of African Americans to know that we are free,” Jackson said in a statement released by the team. “Juneteenth is a symbolic reminder of the over 200 years of oppression in this country that we have overcome, and we should not only draw strength but most importantly educate our present about our past to ensure a brighter future.”

Watch a video of Malik Jackson reading the book for children.

CMSD had already added Juneteenth to the school calendar, but because the holiday falls on a weekend, CMSD will observe the day on Friday. Summer Learning Experience sites and all other District facilities will be closed.