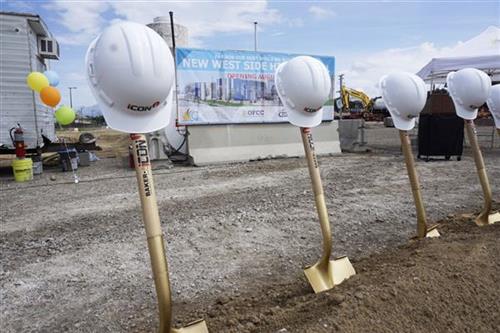 A state panel has approved funding for construction of three new CMSD school buildings and major renovation of another building.

The Ohio Facilities Construction Commission on Thursday approved an agreement that will allow state funding for a new Lincoln-West high school campus and  replacements for two  PreK-8 schools – Clark and Marion C. Seltzer.

Construction and renovation will not begin until community meetings are held, designs are complete and contracts are awarded.

Renovation of Joseph M. Gallagher is expected to start in fall of 2022, with the construction projects following in summer of 2023. The District expects to hold ribbon cuttings for the PreK-8 schools in summer of 2024 and Lincoln-West in summer of 2025.

Students will move to temporary space while work progresses.

The OFCC will also fund demolition of the existing Clark, Seltzer and Lincoln-West buildings, as well as the former sites of John F. Kennedy High School and Watterson-Lake, Robert Fulton and Fullerton schools.

CMSD began a modernization campaign after the gym roof collapsed at the former East High School in October 2000.

The state has paid two-thirds of eligible expenses. District voters have approved two bond issues to cover the remainder.