Heard finishes as finalist for Urban Board Member of the Year 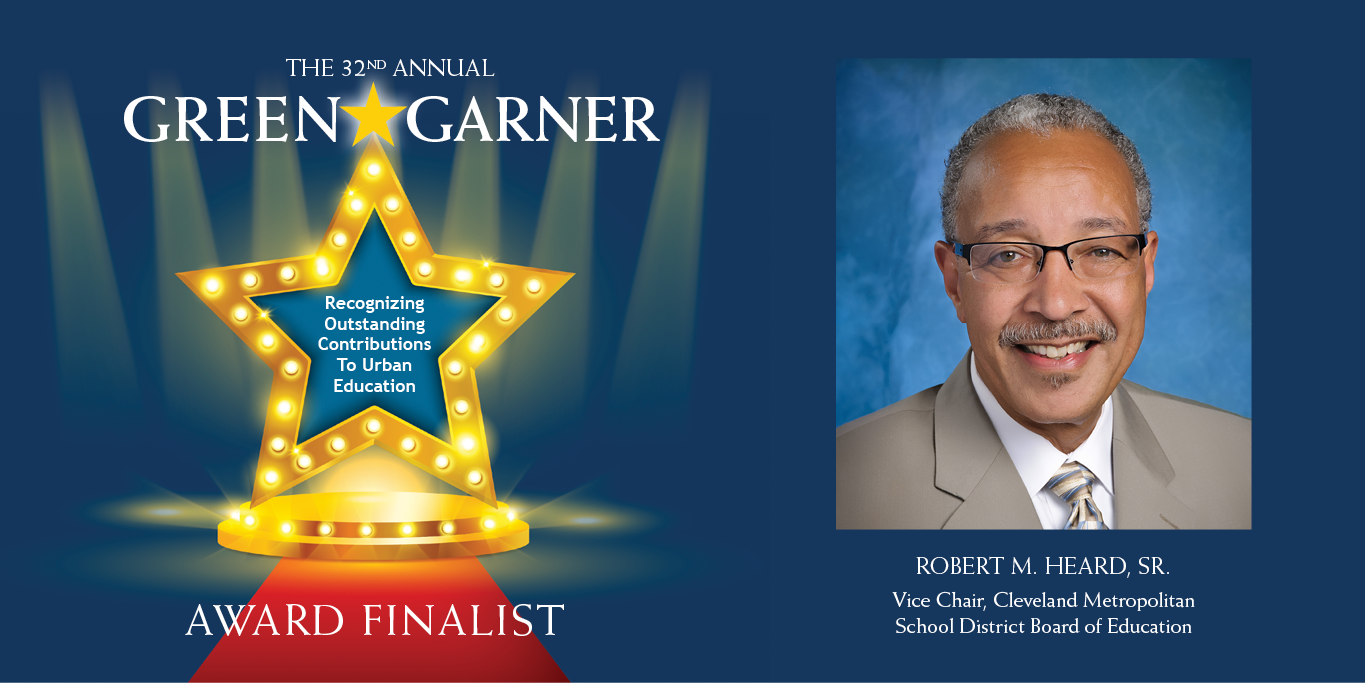 Cleveland Board of Education Vice Chair Robert M. Heard Sr. was one of nine finalists for an award that honors the nation's Urban School Board Member of the Year.

Marta Perez, a member of the School Board of Miami-Dade County, won what is officially known as the Green-Garner Award, the nation’s highest award for leadership in urban education.

The winner was announced Thursday at the Council of the Great City Schools' 65th annual fall conference. The conference is being held virtually this year due to the COVID-19 pandemic.

Heard, who lives with his wife in Cleveland’s Glenville neighborhood, has served on the Cleveland board for 17 years. He is also currently president of the Ohio School Boards Association.

He has acted as a voice for the board and community, testifying before state legislative committees on issues including education funding, education reform and K-12 curriculum. He has presented annually at state and national conferences on topics such as school board governance, parent and family engagement, school levy campaigns, student attendance, student career pathways and charter school partnerships

Heard is retired from State Farm Insurance and the Cleveland Clinic. He is a graduate of John Adams High School and Cleveland State University, earned the title of fellow from Broad Institute and completed the Executive Leadership Program for Educators at Harvard University.

The award is given in alternating years to the nation’s top urban superintendent and board member. CEO Eric Gordon won in 2016, and Cleveland Board of Education member Denise Link won in 2013.