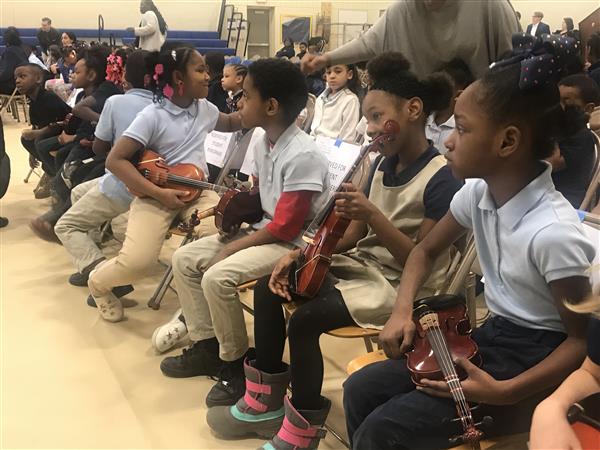 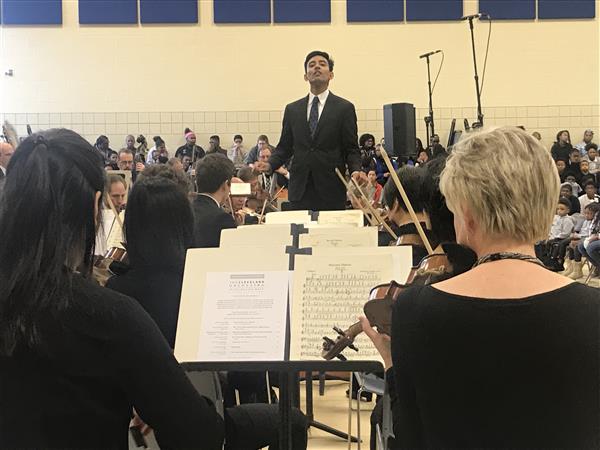 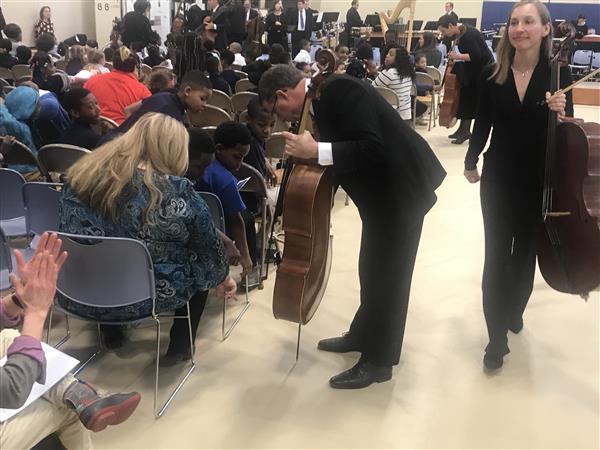 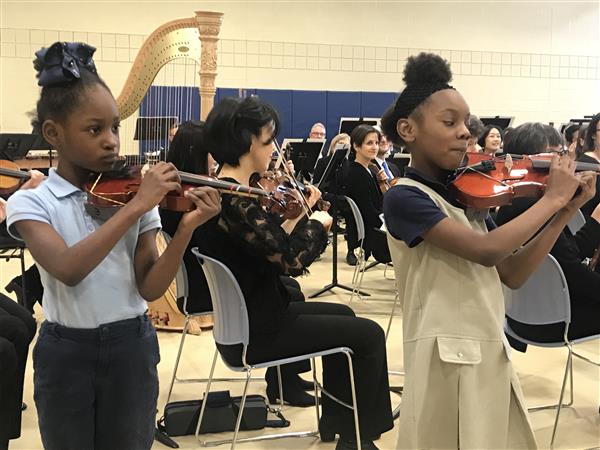 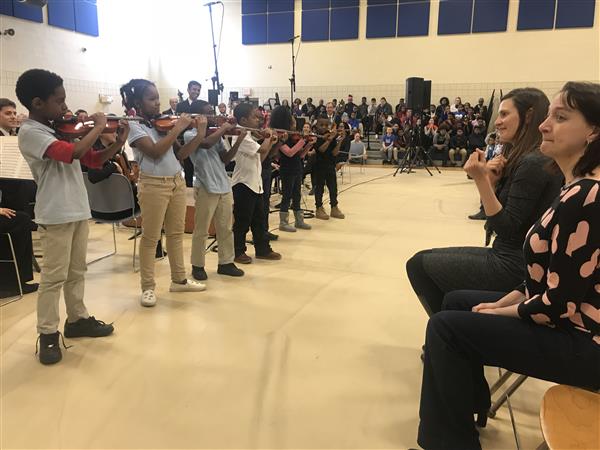 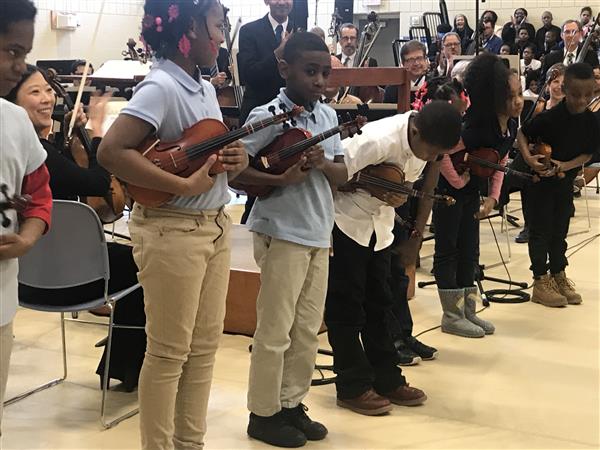 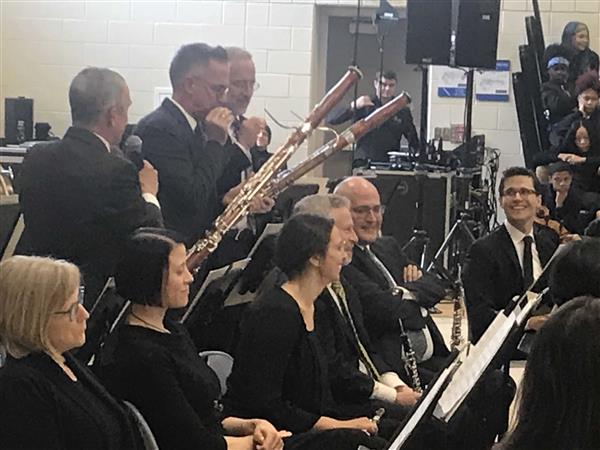 The playing was sometimes playful as the Cleveland Orchestra performed Wednesday for – and with – students at CMSD’s Mound STEM School.

The orchestra, led by Assistant Conductor Vinay Parameswaran, showcased and discussed, with a sprinkling of humor, the instruments in each of its four sections. The hour-long presentation concluded with a piece, “The Young Person’s Guide to the Orchestra,” that separately featured all of the ensemble’s instrument families in 13 variations before reuniting them for the finish.

Ten second-graders playing violins joined the renowned orchestra in a rendition of “Pop Goes the Weasel.” More than 50 of Mound’s second-graders are learning the instrument this year as part of the orchestra’s new Crescendo program.

The concert at Mound was presented with support from the Alfred Lerner In-School Performance Fund. It was sandwiched amid three days of orchestra performances at Severance Hall for third- through fifth-graders from CMSD and other Northeast Ohio school districts.