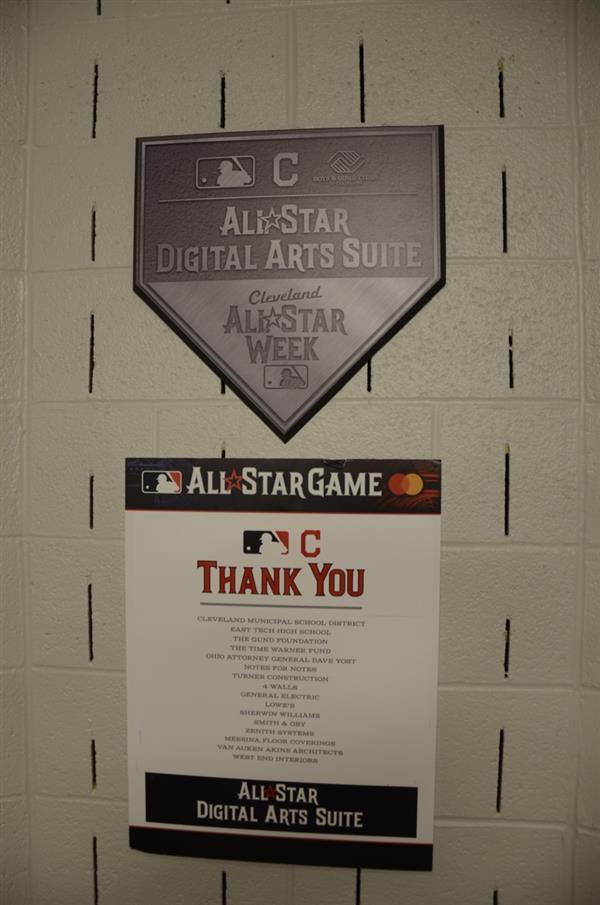 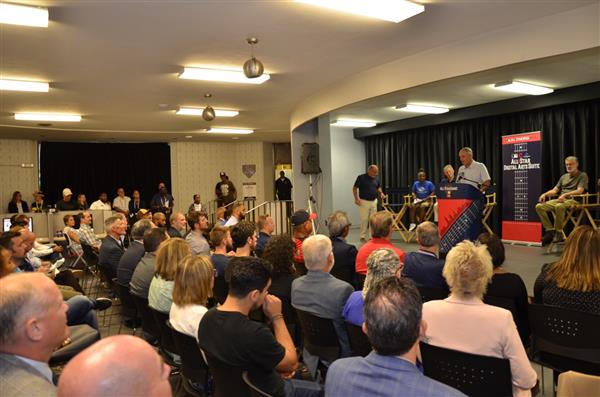 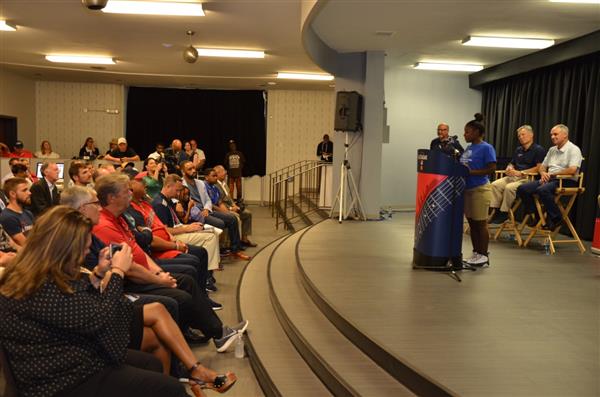 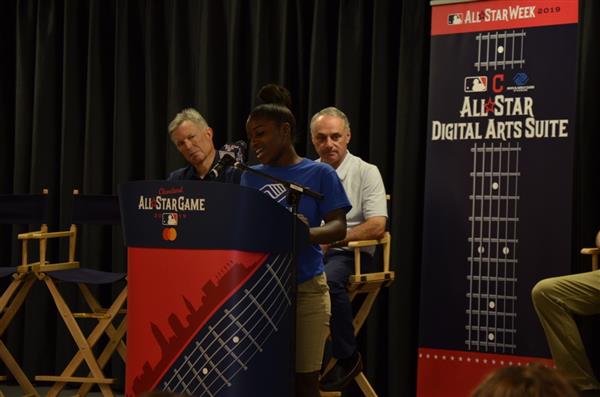 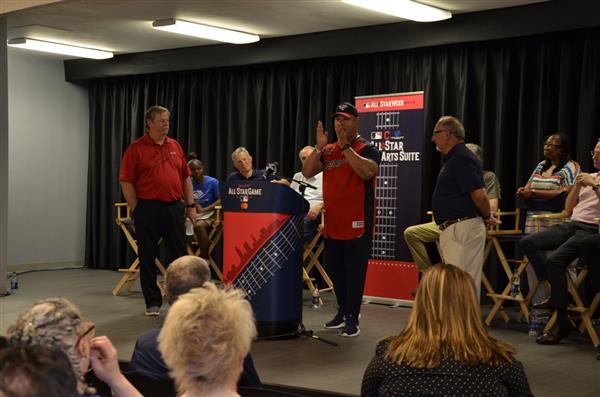 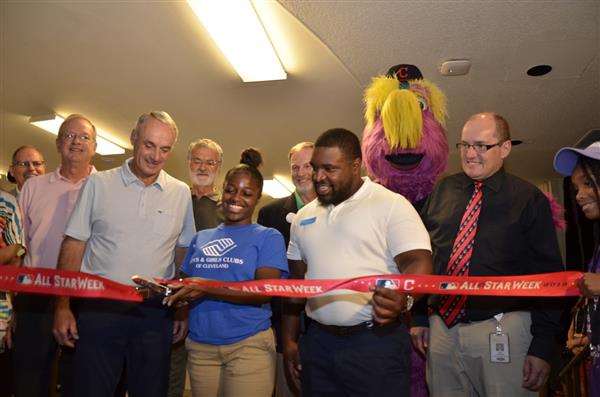 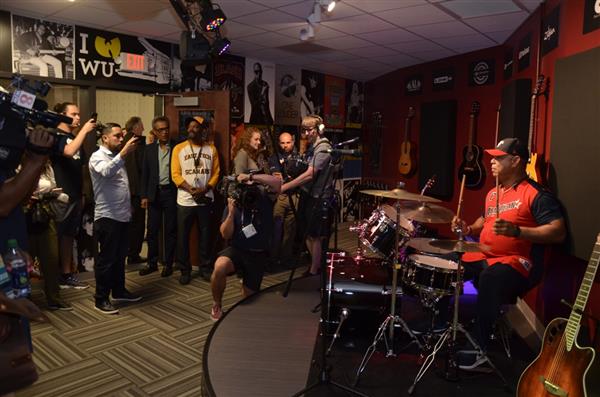 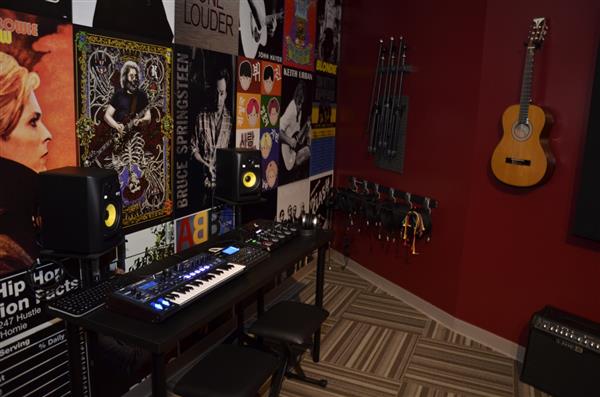 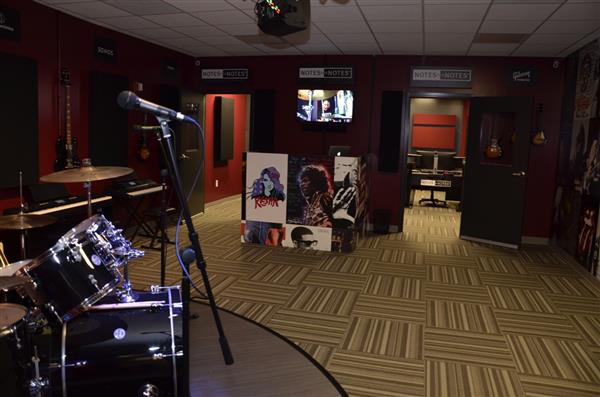 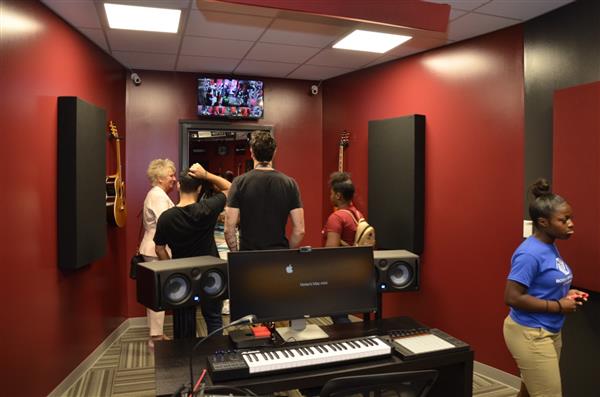 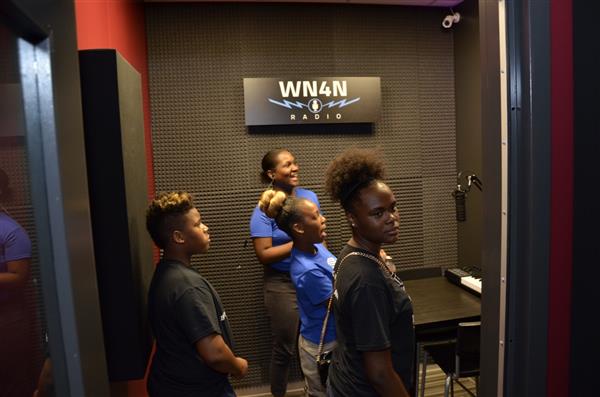 The school is home to a new digital arts suite, compliments of MLB, the Cleveland Indians and Boys & Girls Clubs of Cleveland. The space, unveiled July 9, just hours before the game, will allow students to record video and music and work in a tech lab equipped with Mac computers and laser printers.

The All-Star Digital Arts Suite was among $5 million in projects commissioned in the Cleveland area as part of All-Star festivities. MLB annually undertakes such “legacy projects” in conjunction with the baseball showcase.

“We like to leave something behind that’s meaningful for the community,” baseball Commissioner Rob Manfred said.

MLB and partners also renovated ball fields at the city's Luke Easter Park and the Cleveland Metroparks Brookside Reservation, refurbished the city’s Larry Doby All-Star playground and transformed a house at Baldwin Wallace University into a student center for veterans.

DaisjaNa dreams of being a singer in the mold of Ella Mai or Beyoncé. She sees the suite as a place to record music or design an album cover.

“Having a digital arts studio in my school is huge,” she said.

The suite started to take shape as the school year was ending. Maddie DeLong, East Tech’s campus data coordinator, predicts a powerful reaction when students return from break in August.

“It’s something they have seen on TV,” she said. “To be able to come here after school or have it incorporated into the curriculum would be incredible. I think they are going to be blown away when they see it.”

The new space will provide students with an outlet for creative expression and perhaps help them discover career pathways.