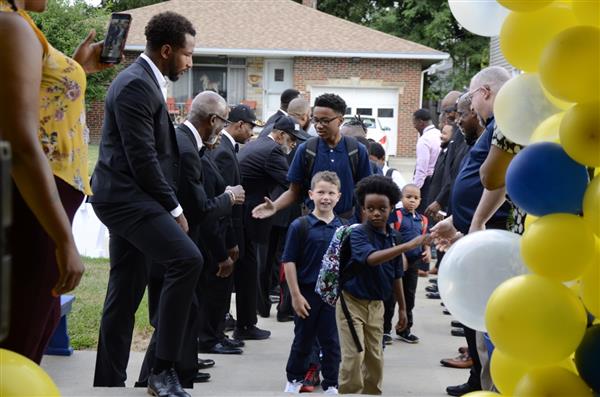 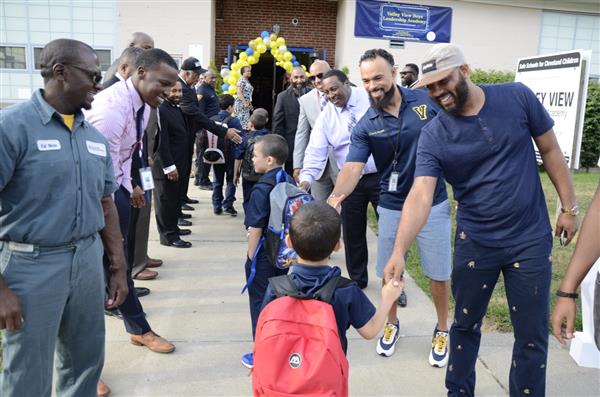 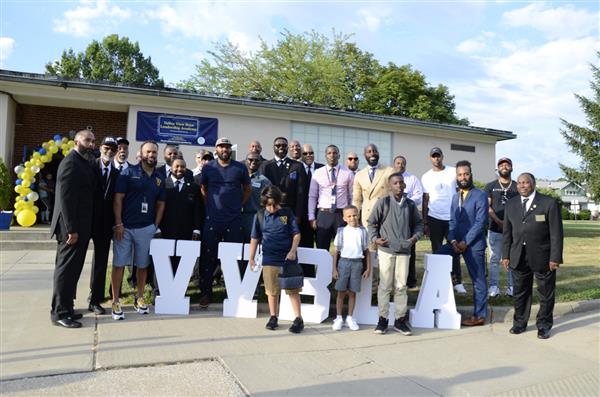 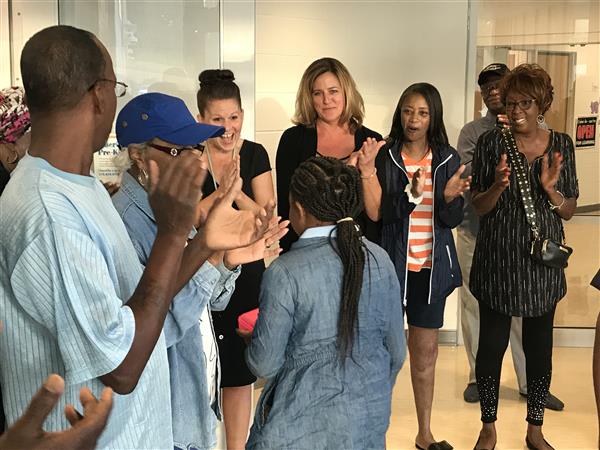 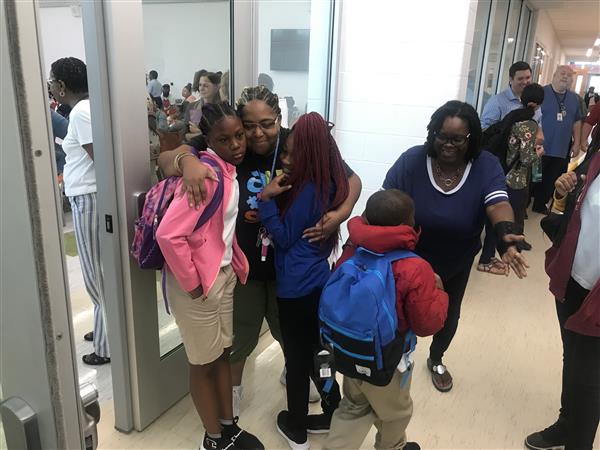 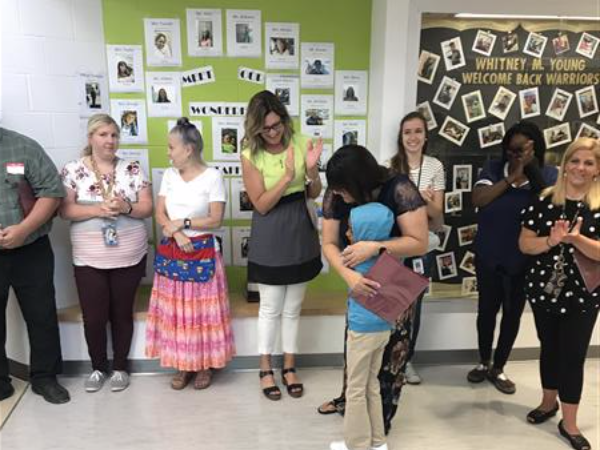 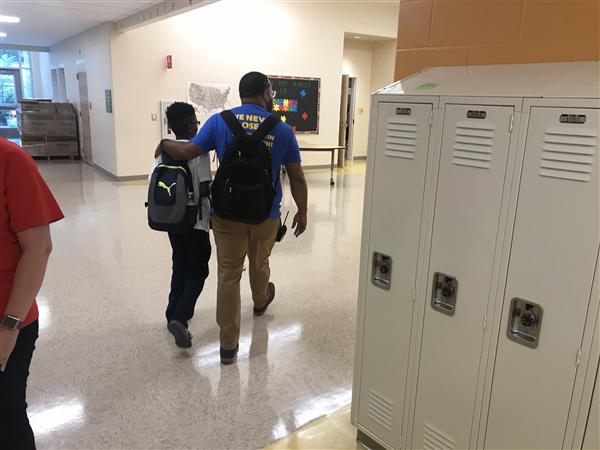 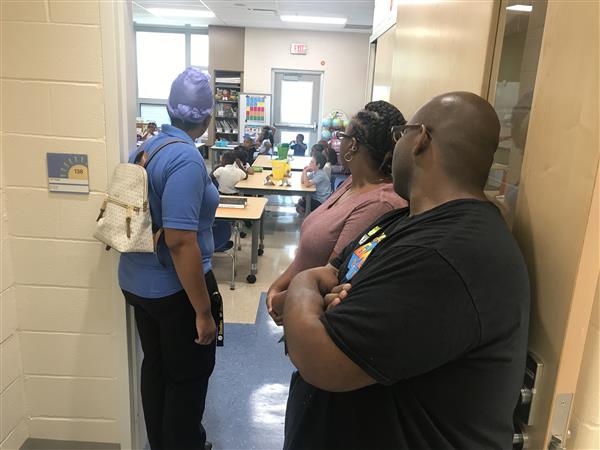 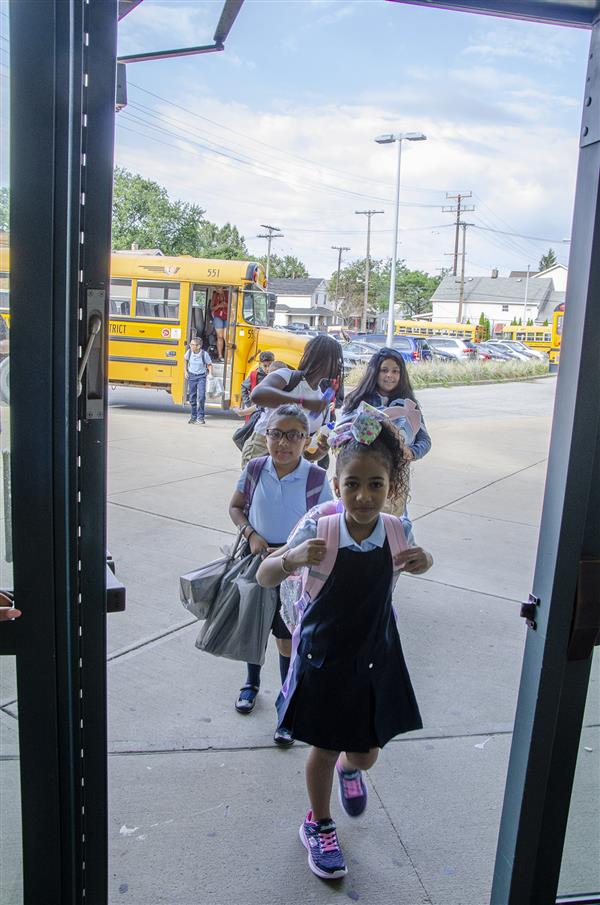 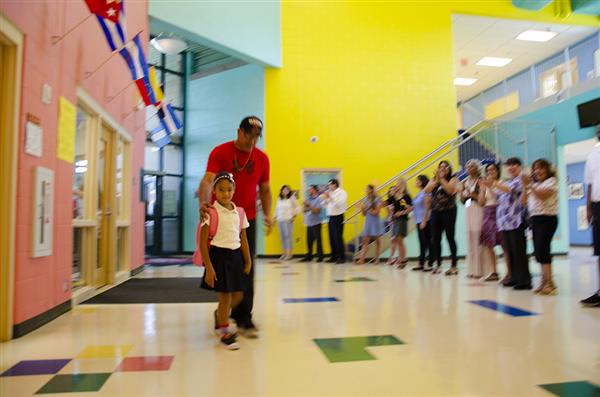 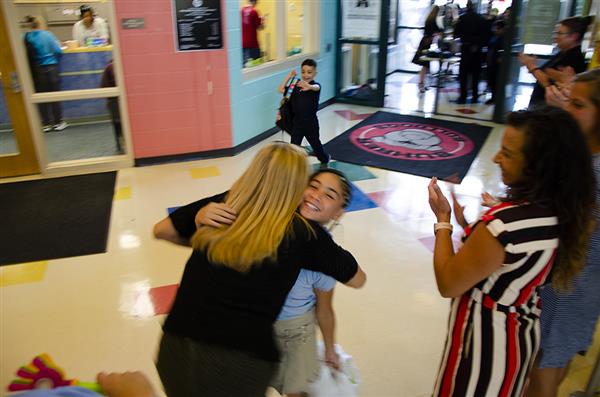 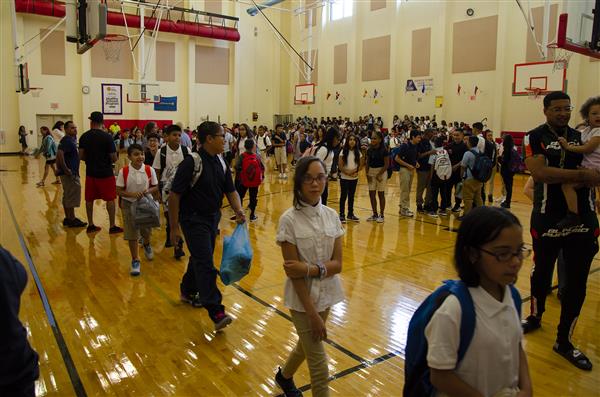 The Voinoviches have cherished and supported Oliver H. Perry PreK-8 School for years. So, it’s fitting that a portion of the school’s new home has been named in their honor.

CMSD and city leaders held a ribbon cutting Aug. 22 at the school. In addition to the building, which students moved to in January, the ceremony officially dedicated the George, Janet and Molly Voinovich Media Center.

The school has enjoyed strong backing from the late George Voinovich, a former Cleveland mayor, Ohio governor and U.S. senator, and his wife, Janet. Their daughter, Molly, was a student there when she was struck and killed by a van in 1979. A fund that the family created in her name provides programming, including Molly Day, an annual showcase of student talent.

Janet and other Voinovich children beamed as speakers honored the family’s commitment to the school and to their Collinwood neighborhood.

George and Janet’s daughter Betsy took joy in mingling with the students who are following in her sister’s footsteps.

The family joined Polensek, Mayor Frank G. Jackson, District CEO Eric Gordon and students in cutting the ribbon. Visitors then headed down the hall to the media center.

Janet posed for group photos in front of a sign that bears her family's name. The honor "means an awful lot to us," she said.

The new building, located on Schenely Avenue near East 185th Street, is part of CMSD’s ongoing modernization program. Since 2002, the District has built or fully renovated nearly 50 schools with state funds and local bond issues approved by voters.

Every classroom in the new Oliver H. Perry has a 75-inch interactive touch screen equipped with apps and software. Each of the three floors has a common area where students can work together in teams. A project lab will serve as a traditional science lab, but students also can use it for computer coding and robotics and have access to “maker space” materials.

The building also has a sensory room for students with special needs and a large gymnasium. Furniture throughout the school is comfortable and can be easily rearranged for individual or group work.

Polensek noted that the District has built replacements for all three PreK-8 schools in the Collinwood and Nottingham areas. The other new schools include Hannah Gibbons and Memorial.