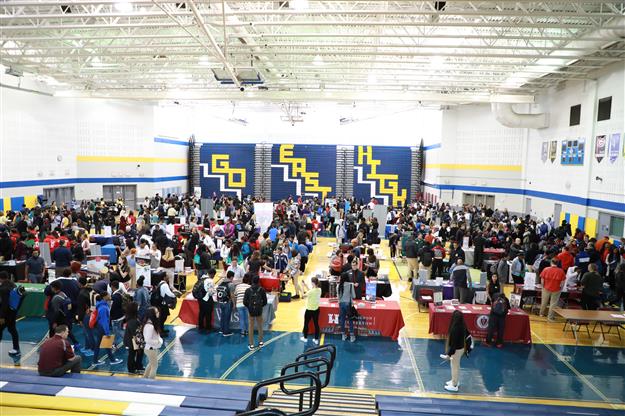 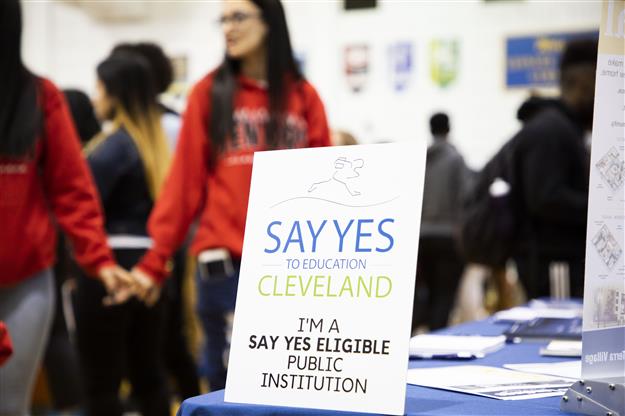 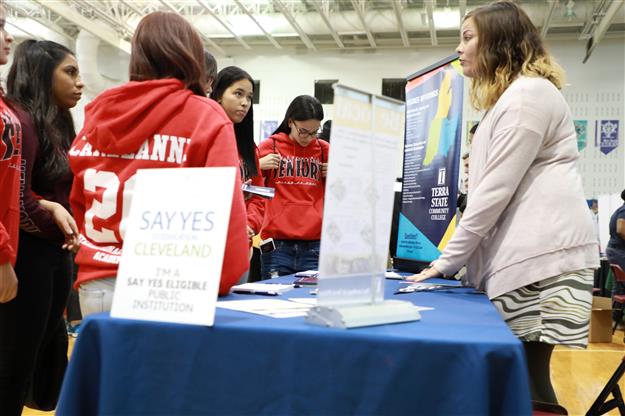 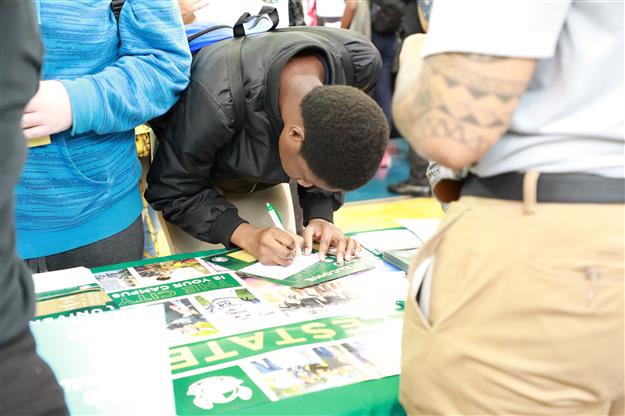 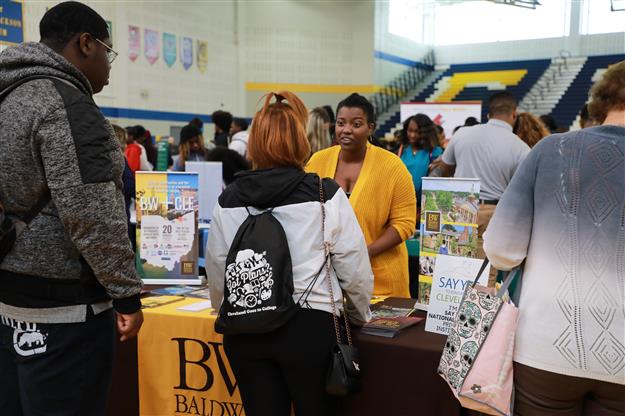 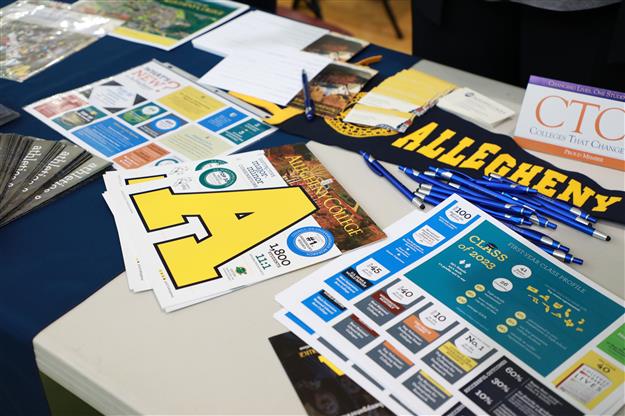 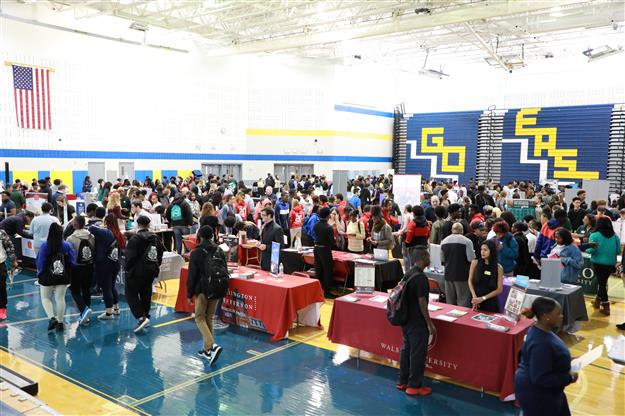 More than 2,000 CMSD juniors and seniors came by bus to the East Professional Center on Oct. 22 for the fourth annual Cleveland Goes to College Kickoff and College Fair.

After listening to a motivational speaker in the auditorium, they walked into a gym filled with small tables draped with college logo covers.  Standing behind the tables were representatives from more than 70 two- and four- year colleges as well as the military and trade schools.

For many of these scholars, going to college is within their reach now more than ever because Cleveland has become the nation's fourth community affiliate of Say Yes To Education.  Say Yes Cleveland will pay up to the full value of tuition, minus federal and state aid, to all two- and four-year public colleges, universities and Pell-eligible training programs in Ohio and more than 100 private colleges and universities across the country.

“We are using the Class of 2019 as a baseline and will judge growth from those numbers year to year," said Benedict.

He urges juniors to learn as much as they can now about colleges and their courses. That way, when they are seniors, they can quickly start applying for admission to institutions, filing the FAFSA (Free Application for Federal Student Aid) and applying for Say Yes scholarships.

“Applying early is critical,” said Benedict. “Some schools hand out scholarships early in the year.”

All the institutions on hand at the college fair are either providing full tuition scholarships or students have the ability to attend with the help of Say Yes, said Maggie McGrath, director of the Higher Education Compact of Greater Cleveland.

"Today is so important for the school district," said McGrath. "It's our first full year with Say Yes to Education, and it is an incredible opportunity for students to meet and talk to colleges that are either providing full tuition scholarships or that students have the ability to attend tuition free.”

Jazeline, a senior at Thomas Jefferson International Newcomers Academy and many of her classmates wore red hooded sweatshirts with the words “Senior Class of 2020” on them.

She moved from Puerto Rico to Cleveland two years ago  with her mother and 10-year-old sister while her Dad stayed back.

At the college fair she spoke with at least three schools, including Kent State.  She said that without Say Yes to Education dollars, she and her family would not be able to afford the college expenses.