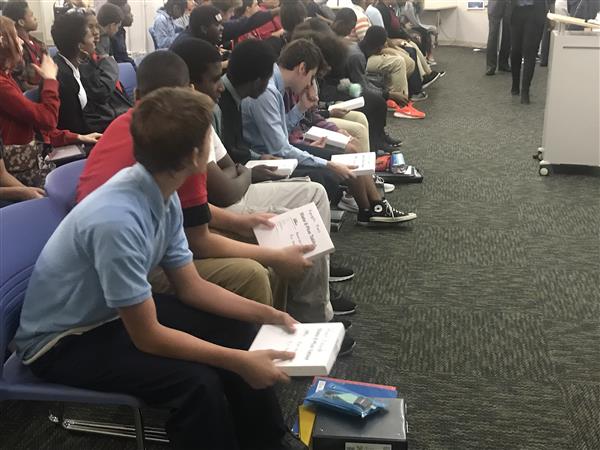 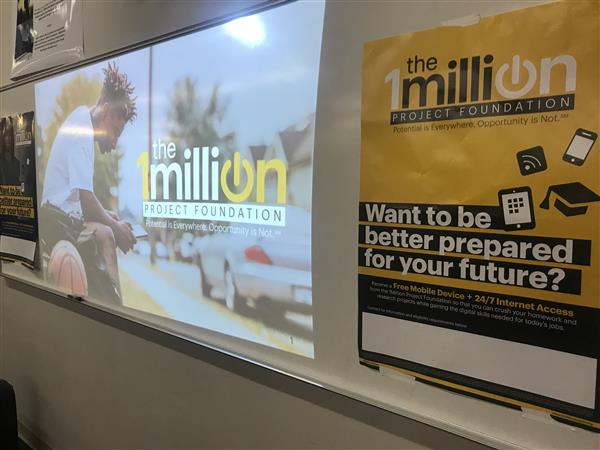 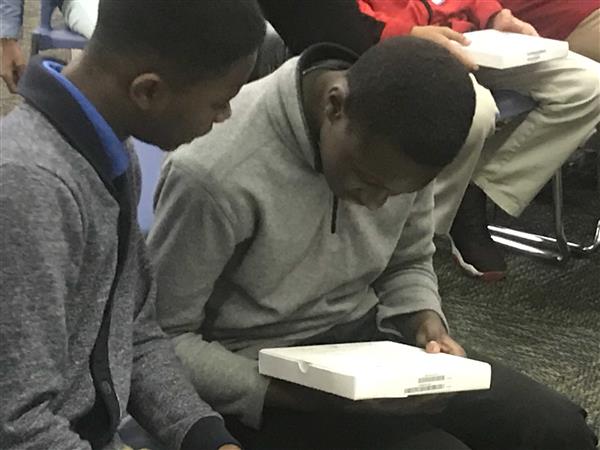 Sprint is giving free mobile devices and Wi-Fi service to 1,500 CMSD high school students so they can complete schoolwork online at home.

According to Sprint, 70 percent of U.S. teachers assign work that is to be completed online, but 5 million families lack reliable connectivity.

To help, the wireless carrier is providing devices and Wi-Fi to students across the country whose families have little or no Internet access. The multi-year 1Million Project Foundation initiative, launched in August 2017, is so named because that is the number of students it is designed to serve.

Sprint handed out devices last week at the Cleveland High School for Digital Arts and the three schools that make up the John Marshall Campus. Distributions are pending at 13 more participating schools.

At Digital Arts, students cheered after being ushered into an assembly room and told they would receive tablets equipped with hotspots. They can keep the devices when they leave school, though the free Wi-Fi will end.

Nearly 150 students – about half Digital Arts’ enrollment -- will benefit. The proportion served appears to reflect those of the participating CMSD schools as a group: Of 1,796 students who have completed surveys for the project, 56 percent qualified.

A senior at Digital Arts said she could not wait to get home and begin filling out online college applications, a permitted use. Previously, she had to find time in advisory, which is like homeroom, or at the library, if she could arrange transportation.

“This is crazy,” said the girl, who hopes to major in forensic science or photography. “I really wish this was an option my freshman year.”

A boy in 10th grade said he is among five people in his household who have had to compete for poorly functioning Internet service. And while he can get access with his cell phone, he has difficulty creating and manipulating certain documents on the tiny screen.

“I am thankful for the opportunity to work on a bigger surface,” he said.

The connectivity gap is especially troubling for the boy’s school, which integrates digital arts with core subjects and expects students to complete up to two hours of homework per night.

“For our model to be successful, it is imperative that students have access at home,” said Carrie Ciofani, technology director at Digital Arts. “We have been unable to provide that until now.”

Principal Jasmine Maze said the gift will help students stay connected, not just for nightly homework but at times when school may be canceled for more than a day due to inclement weather. She praised Sprint for undertaking the 1Million Project.

“They don’t have to care whether kids in schools have Internet at home, but they do,” she said. “That is amazing.”

Rishabh Kashyap oversees implementation of the 1Million Project for Sprint in the region and regularly witnesses the kind of happy scene that unfolded at Digital Arts. His demeanor shows no sign that the distributions have become routine.

“Our project tagline is ‘Potential is everywhere. Opportunity is not,’ ” he said. “Whatever Sprint can do to level that playing field, we want to embark on.”