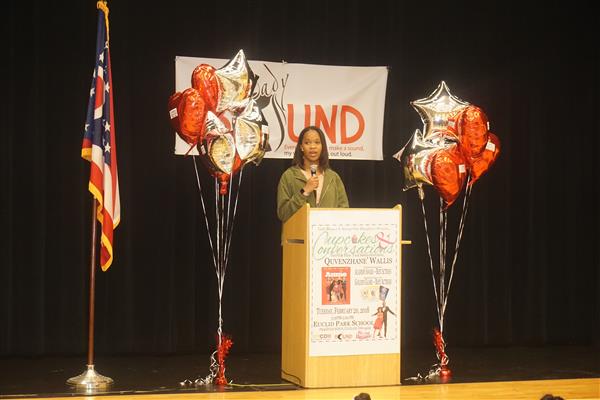 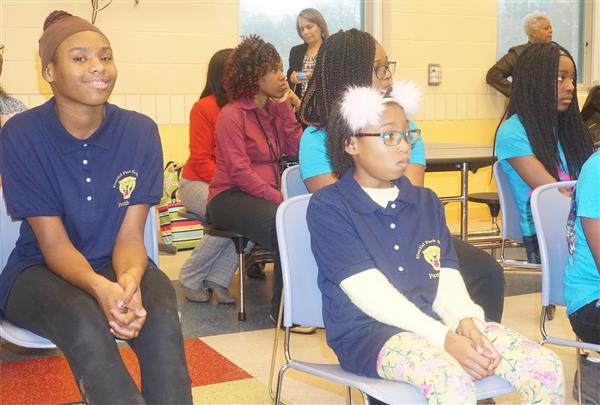 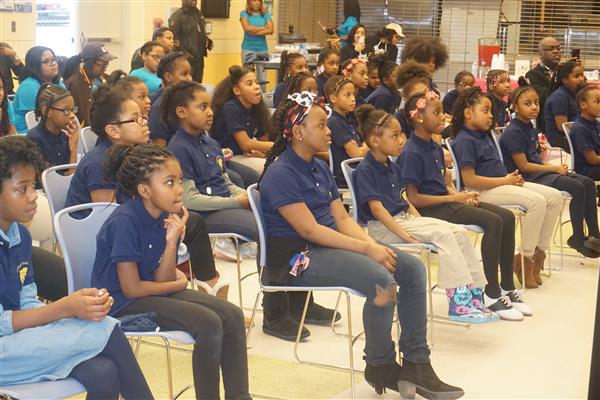 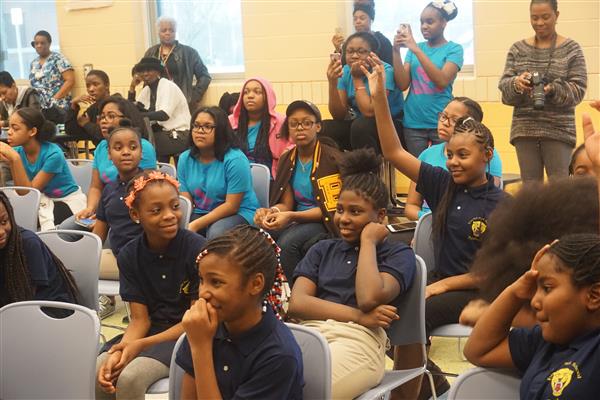 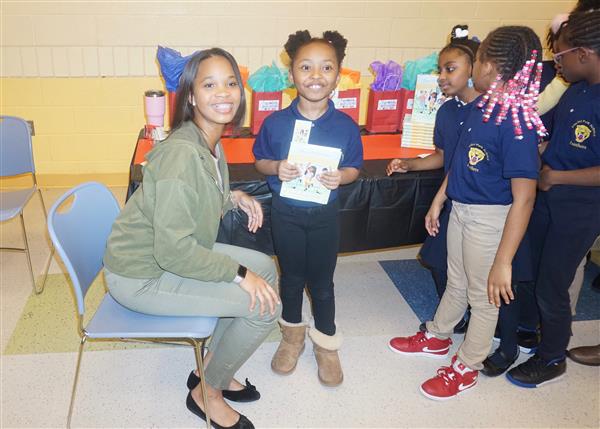 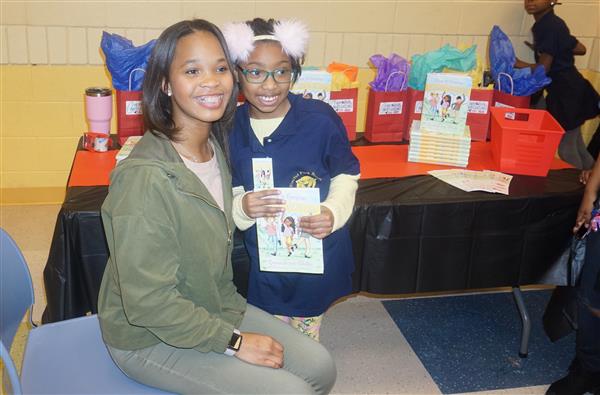 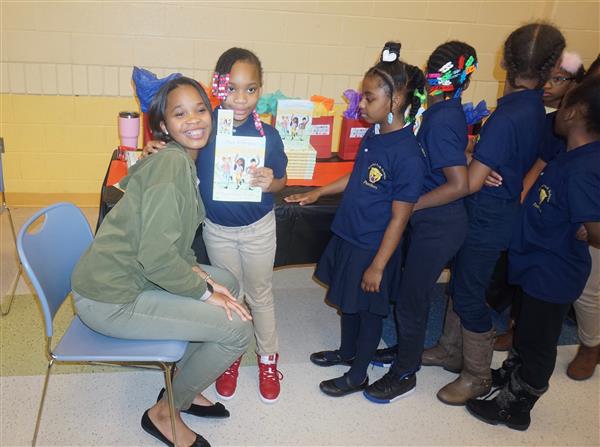 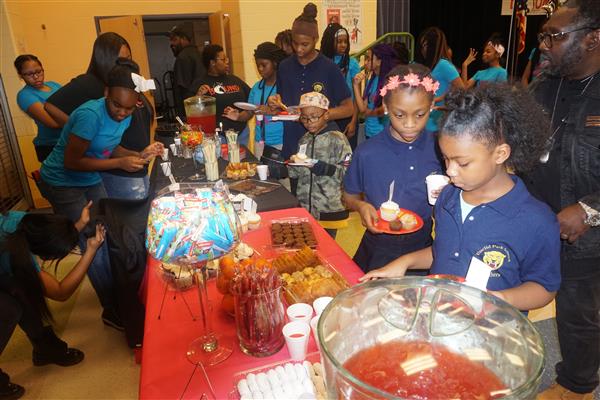 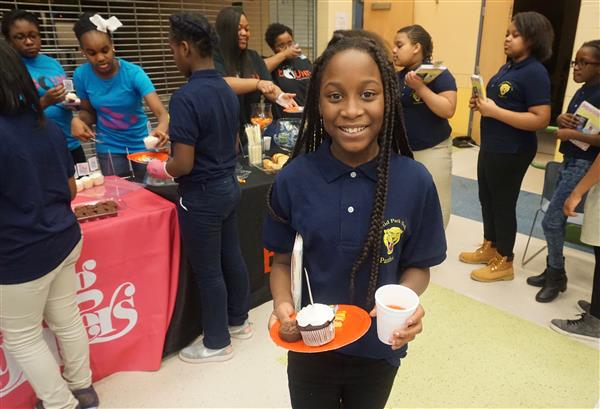 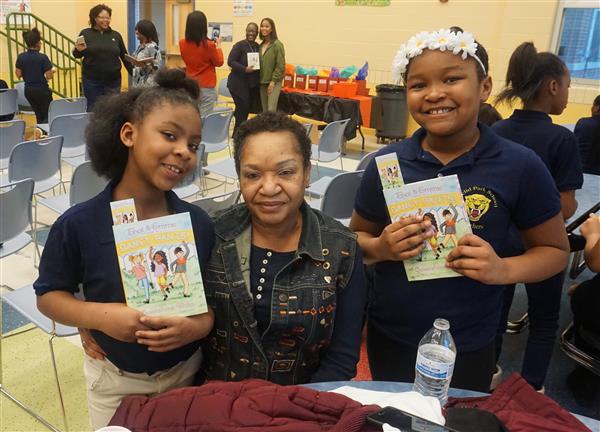 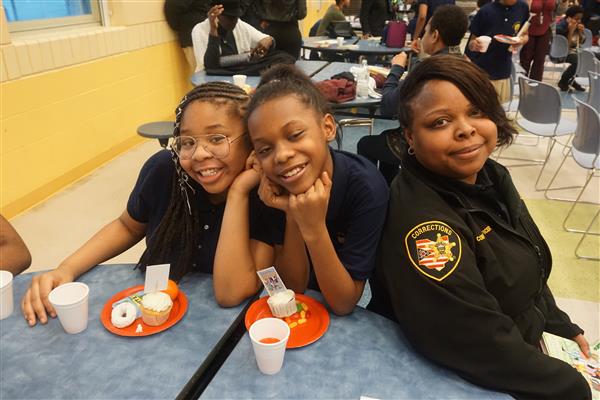 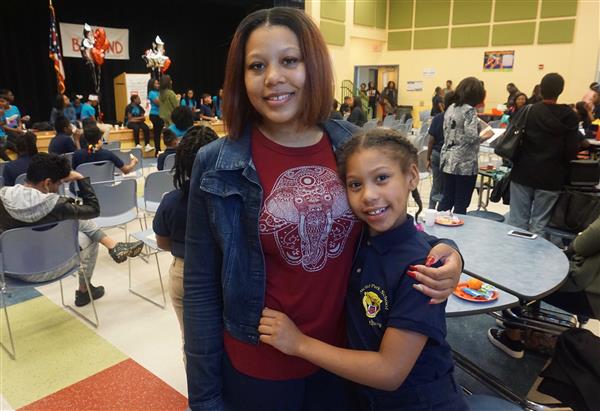 A 14-year-old actress brought star power and an important message about reading to the girls of Euclid Park School on Tuesday.

Quvenzhané Wallis, who played the title role in the 2014 movie musical “Annie,” visited the school as part of a local and national initiative geared toward inspiring girls to follow their dreams. The “Cupcakes and Conversation” event was hosted by the Euclid Park student group Lady Bound, the Atlanta-based nonprofit Saving Our Daughters and MyCom.

Wallismay be the youngest actress ever to receive a nomination for the Academy Award for best actress and an Oscar in general, but she spoke to the more than 50 girls in the audience as their peer.

“I’m very similar to all of you,” Wallis said in her opening remarks. “I have to deal with teachers and other students and homework -- lots of it.”

Wallis described the journey that led her to a love of reading, which began when she was 5 years old and preparing for her first movie, “Beasts of the Southern Wild.”  She recalled working with with a tutor to memorize lines from her script while learning to read.

Fast-forward to today, when Wallis has come to value reading and has even published three children’s books, including a chapter book “Shai & Emmie Star in Dancy Pants!” Each girl went home with a signed copy of that book.

She also told how she overcomes the feeling of failure by seeking support from her friends and family when she is turned down for an acting role.

“Everyone’s going to fail,” she said. “You have to use all the classes you have and all the teachers you have to further your education to help you achieve your dreams and be successful. If you don’t use what you have, you’re not going to get where you want to be. It’s hard to do it by yourself.”

After the speech and a question-and-answer session that ranged from serious to silly, Euclid Park sixth-grader Darielle said she liked that Wallis was down-to-earth and honest.

“It makes me happy because even though she’s famous, she compares herself to me and said we’re not that different from her,” Darielle said.

The Euclid Park group meets weekly and attends events outside school. Their next trip will be to the Charles H. Wright Museum of African American History in Detroit.

Pennington-Calwise said she encourages the Lady Bound girls to read books that strengthen their social and emotional health and have relatable characters. Wallis is an ideal role model for the girls because she loves to read and shares similarities with many of her students.

“I want them to be able to make the connection that they can achieve anything they want in life,” Pennington-Calwise said. “And that people who do great things come back into the community."

Many of the students’ mothers attended the "Cupcakes and Conversations" event to share the experience with their daughters. Shakira Bentley said she hopes her sixth-grade daughter was inspired by Wallis and that she sees the actress as a role model.

Bentley said Lady Bound has helped her daughter navigate adolescence and taught her valuable lessons about respect and confidence.