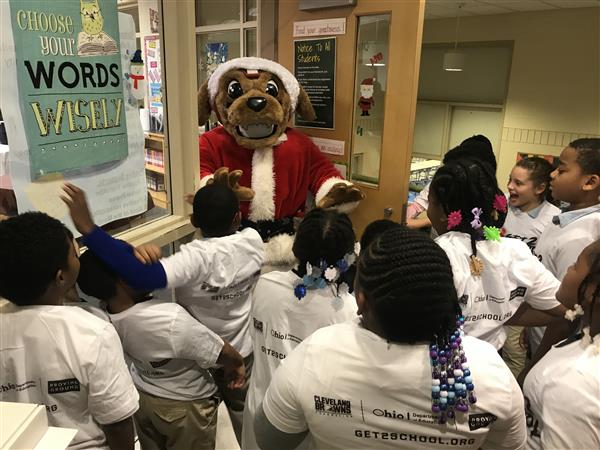 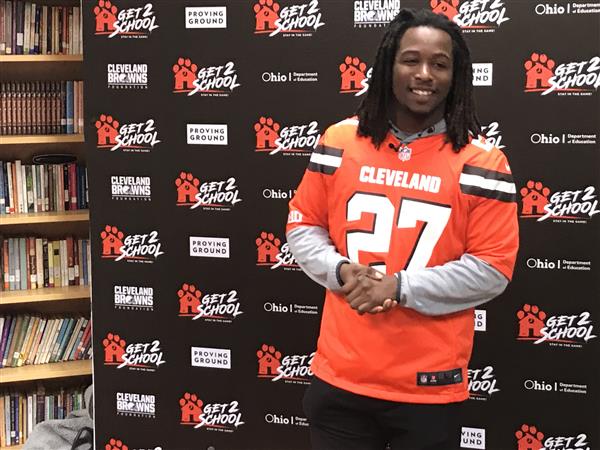 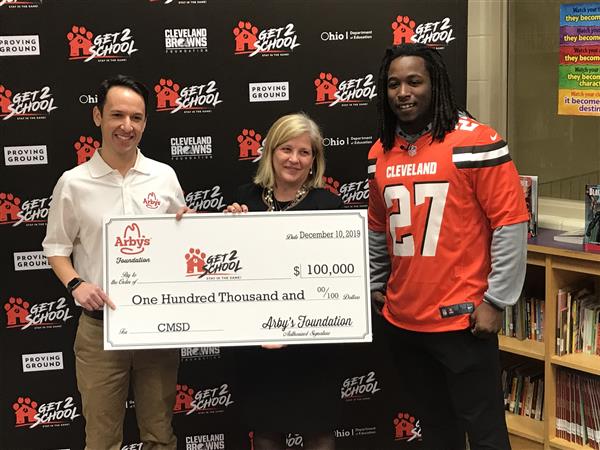 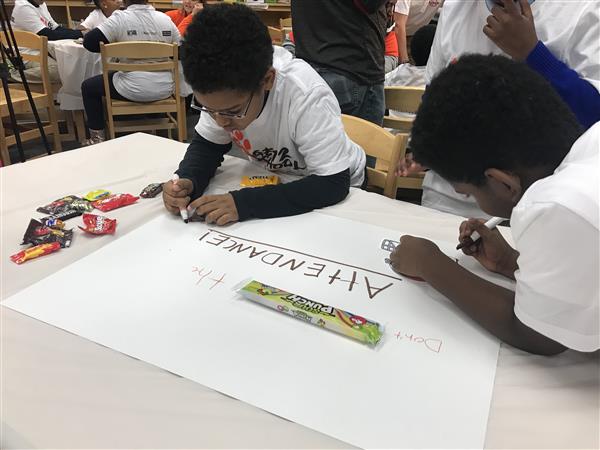 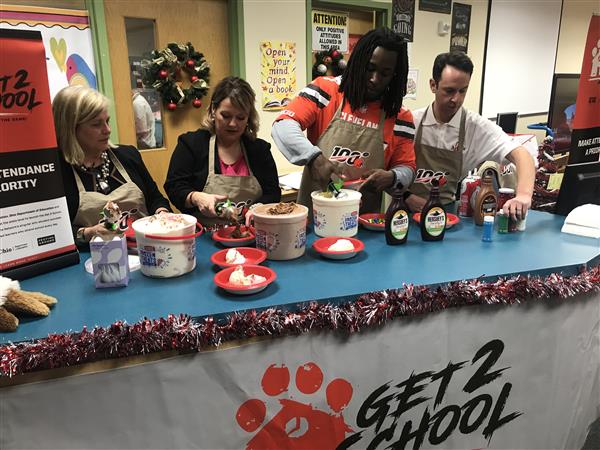 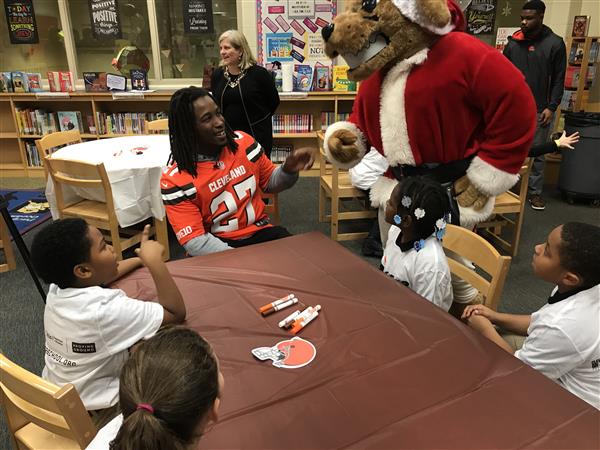 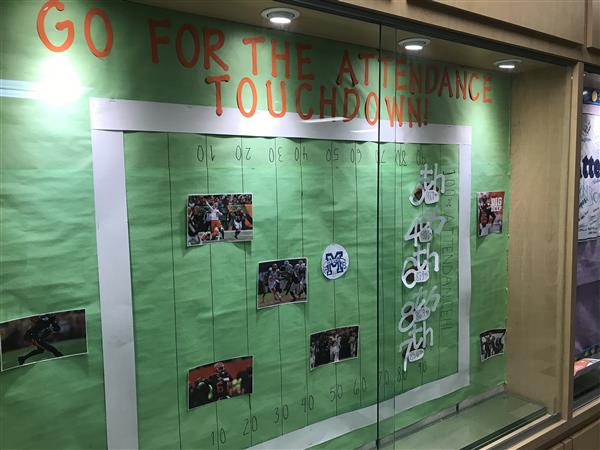 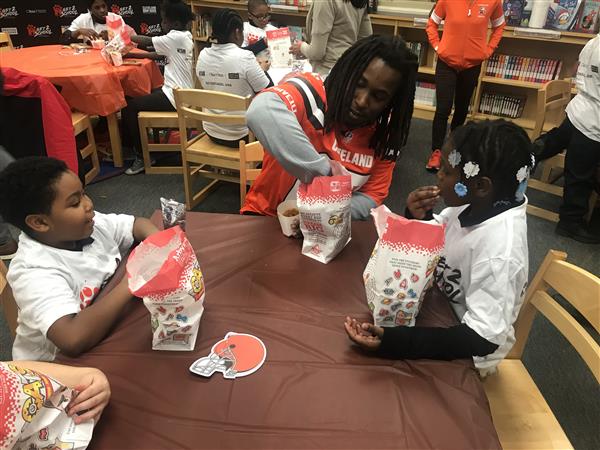 A $100,000 grant from the Arby’s Foundation will help four CMSD schools identify barriers to attendance and work with families to find solutions.

The grant was announced Tuesday during a visit that Cleveland Browns running back Kareem Hunt and team mascot Chomps paid to Mound School in the Slavic Village neighborhood. Arby’s works with the Cleveland Browns, the lead partner in CMSD’s “Get 2 School, You Can Make It!” attendance campaign.

Mound is one of four PreK-8 schools that the American Institutes for Research will train and coach in addressing barriers to attendance.

Mound averages 89 percent attendance but is striving to reach the state standard of 93 percent.

Principal Velma McNeil said a school committee meets weekly to discuss ways to help families whose children are chronically absent. Mound also regularly staffs a phone bank that calls parents and caregivers and pinpoints problems such as a lack of uniforms, utility shutoffs and homelessness.

Practices developed at the four schools can be replicated across the District, Director of Attendance Lorri Hobson said.

“It will provide support and reinforcement for school teams to solve their problems,” she said.

After the check presentation, Hunt  joined third-graders to make "candygrams" -- candy-themed attendance posters -- and dine on Arby's lunches that have been used to reward good attendance at CMSD schools. Arby's also has distributed food vouchers that can keep students fed in the summer.

The Browns, through the Cleveland Browns Foundation, have been at the forefront of “Get 2 School. You Can Make It!” since the District launched the campaign in 2015.

The Browns have provided incentives, including player visits for schools that make progress in improving attendance. The team’s foundation and Shoes and Clothes for Kids also have supplied students with uniforms and other clothing.

The campaign has helped reduce the number of students missing more than 10 days in a school year by 21.3 percent.

Inspired by CMSD’s campaign, the Cleveland Browns Foundation launched a statewide attendance initiative, “Get 2 School. Stay in the Game!” in August.

Public schools in Canton, Maple Heights, East Cleveland and nine rural districts are receiving support and resources to address chronic absenteeism, a nationwide problem. Campaign strategies that prove to be effective in those schools serve as models for other members of a network that districts can join for free.