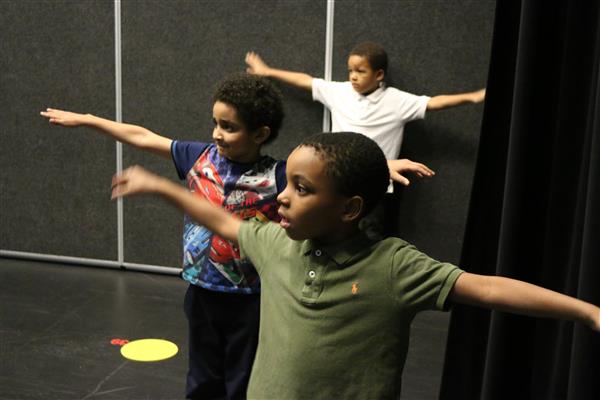 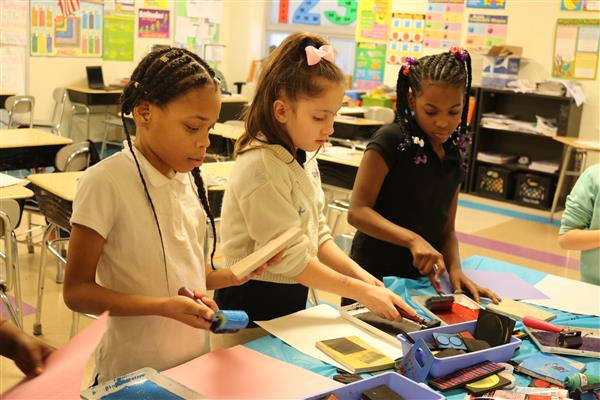 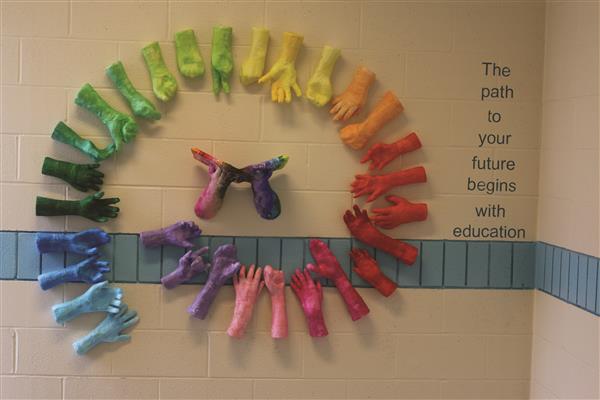 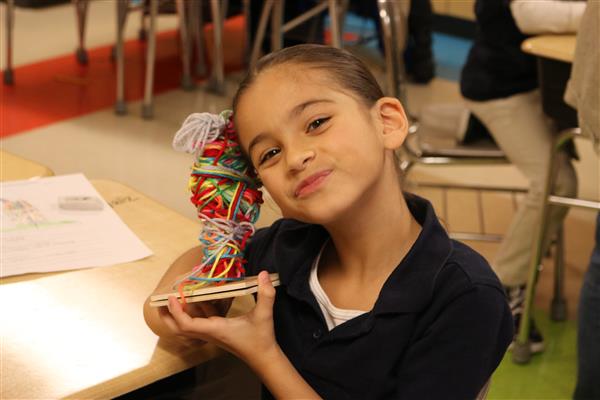 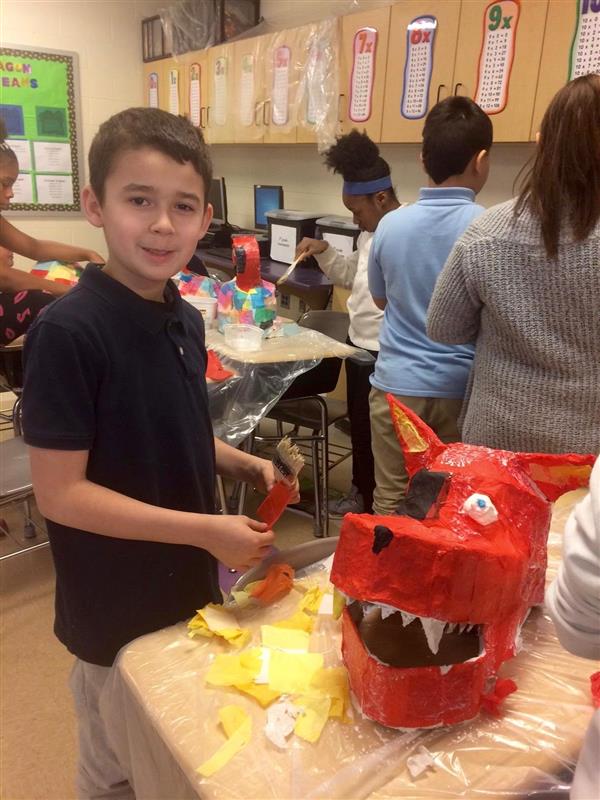 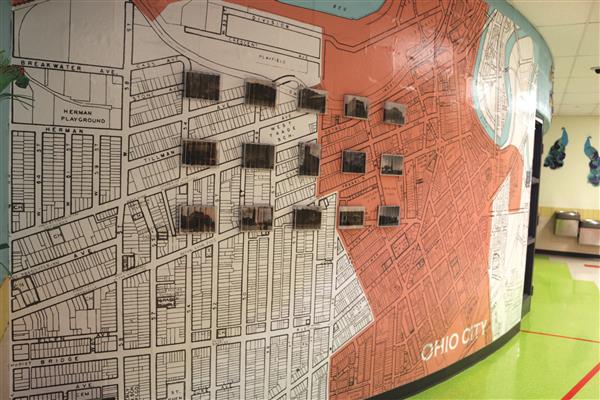 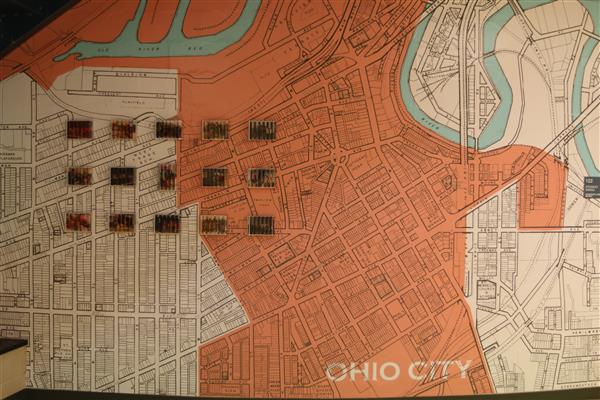 Tracey and Nicole Artis live on the far West Side of Cleveland, but they love Paul L. Dunbar School, located nearly 10 miles from home, so much that they drive their son, Tra’Sean, there every day.

Nicole Artis uses words like “phenomenal” and “spectacular” to describe the education that third-grade Tra’Sean has received since he started attending Paul L. Dunbar. She gushes about the before- and after-school programs, the family arts nights and the literacy education that helped Tra’Sean transform from a struggling reader to an honor roll student.

“Our whole family loves Paul L. Dunbar, and I’ve even convinced my friend to send her son there," Artis said. "It’s like no other school we’ve been to,” Nicole Artis said.

Parents like the Artises are flocking to Paul L. Dunbar. Enrollment has doubled over the past four years, last year reaching nearly 400 students from diverse backgrounds and Cleveland neighborhoods.

During that time, Paul L. Dunbar has transformed under the leadership of Principal Sophia Piperis. When she was appointed principal in 2014, Piperis arrived with a plan to phase in an arts enrichment model, increase rigor in instruction and focus on social and emotional learning. She has managed to implement all these elements, and more.

The school's emphasis on arts for every student is something that students across the District will soon experience, as the District prepares to expand arts education, starting this year. CMSD recently hired Jeffery Allen as the director of Arts Education, and Allen is already making plans to create more partnerships like the one between Paul L. Dunbar and Progressive Arts Alliance.

According to the latest data, the changes are at Dunbar are already having an impact on student achievement.

Dunbar was a standout among CMSD schools on the 2017 Ohio School Report Card, earning an A in value-added, up from a C in 2016. Value-added measures whether students achieved the growth expected of them in one year. The school also saw significant improvements in math and reading test scores and increased its performance index, a composite of all test scores, by 20 points over just one year.

Piperis and her team have committed to bringing more arts opportunities to students. They hired a full-time dance teacher last year to help Paul L. Dunbar participate in the Disney Musicals in Schools program, and students recently performed “The Jungle Book.” Dunbar also regularly brings in music groups like the Blue Water Chamber Orchestra to perform and talk to students about the various sections of an orchestra.

Artist-educators are partners in learning

The anchor of the arts-enrichment model is a partnership with the local nonprofit Progressive Arts Alliance that began in 2015. Funded by a grant from the Martha Holden Jennings Foundation, the Progressive Arts Alliance’s artist educators work side by side with Dunbar teachers to create standards-based lessons that fuse art and academics. A team of four artist-educators worked with every student in the school.

Studies have shown the impact that arts education can have on improving literacy, critical thinking, creativity, social and emotional wellness and school culture. The Progressive Arts Alliance partnership with Dunbar, along with several other CMSD schools, keeps all of this in mind.

Last year, the 10-week program helped students learn about the history of Ohio City and their school’s namesake, influential poet Paul L. Dunbar, through dance, sculpture, quilting, drawing and digital art, with each grade creating a culminating project or showcase of their work.

“We went really slowly, but every single one of the kids learned how to do it,” Abraham said. “Once their current worked and the light went on, they were like, ‘Oh my gosh, I did it!' A lot of people are intimidated by that topic, so it was really fun for them to learn it that way.”

Another of Abraham’s classes, Teresa Bender’s eighth-graders, created and installed a plaster sculpture titled “Community of Hands.” The students used their own hands to create plaster casts of hands, which they then decorated with words that expressed the importance of community and unity.

The class practiced solving linear equations to determine the size and placement of the artwork, which they later installed in a stairwell at the school.

For eighth-grader Jayda, this was an eye-opening experience. She remembers when the class was preparing to install the sculpture and she realized that she was doing two of her favorite things at once.

“I never knew math was a part of art,” Jayda said. “I like to draw and math is my favorite subject, and I was like, “Wait, I can combine them? That’s awesome.’ ”

By the end of the school year, 86 percent of students assessed demonstrated proficiency with the related grade level, standards-based art skills. And to top it off, almost every student said in an end-of-program evaluation that they genuinely enjoyed and looked forward to working with the Progressive Arts Alliance educators.

“In this community, there’s art all around us,” she said. “Doing this has infused us into the community so that we’re not just benefiting from these arts resources, but we’re contributing to it and we’re part of it.”

But Piperis said the arts are just one of many ways the Dunbar staff has shaken things up to get the results they want.

The school has also increased rigor in student work, starting with giving students more complex texts to read and teaching them strategies to master them, Piperis said. They also use the Eureka Math program, which focuses on the conceptual understanding of math, as opposed to a curriculum based on memorizing formulas and plugging in numbers without any real context.

Paul L. Dunbar is one of many CMSD schools that use a model called Positive Behavior Interventions and Support, a multi-tiered approach to social, emotional and behavior support. Last year, it launched the Live School app, a data-based behavior tracking and reward program that allows teachers and parents to monitor behavior patterns and lets students earn prizes from the school store for good behavior.

Artis likes that the teachers communicate with her via text message about what Tra’Sean will be doing on any given day, and that the teachers mix in fun activities, like music performances, with practical skills such as exploring the local library.

“A lot of schools don’t utilize the resources in their communities like that, and I think it can be very beneficial,” Nicole said.

Parents and students alike can tell that something special is going on at Paul L. Dunbar. Dalena, a fifth-grader, said learning at Paul L. Dunbar is never boring and is far from the method of worksheets and rote memorization.

“Our teachers make it fun and come up with ways to make it easier for us to learn," Dalena said. "They're not just getting us ready for the next year, but they're also pushing us past our limits and encouraging us to dream."