The first school in Ohio to focus on computer science. 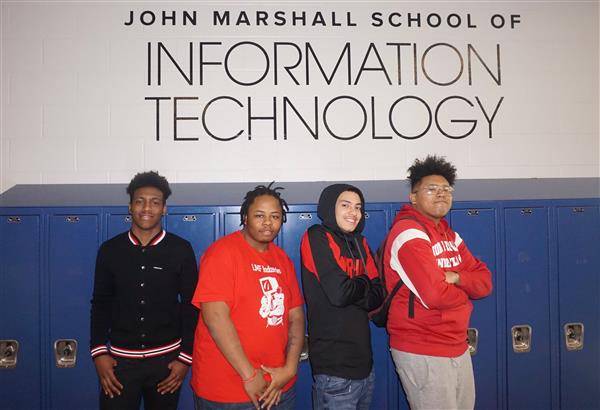 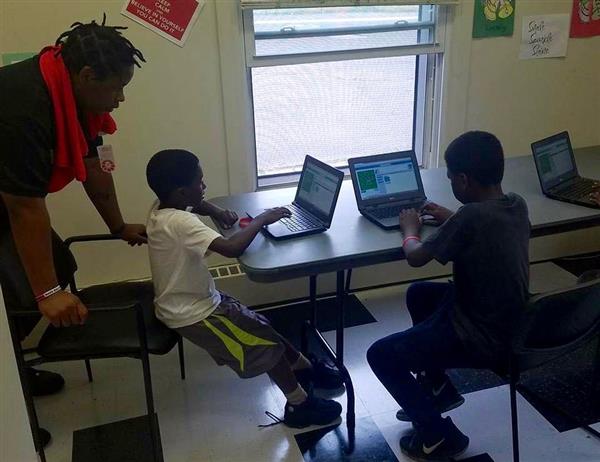 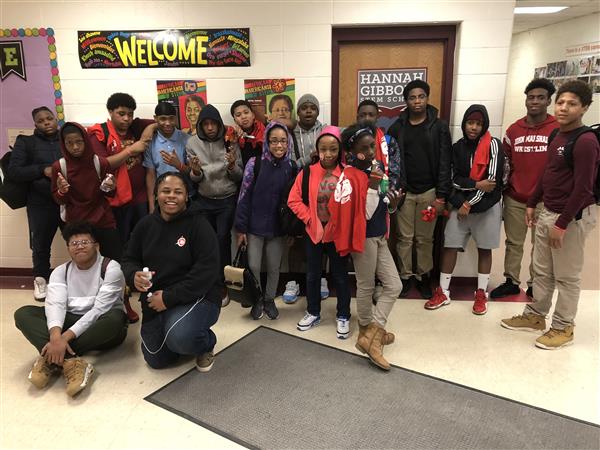 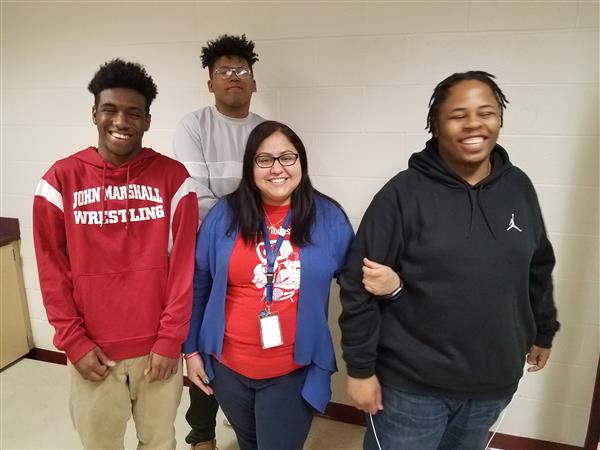 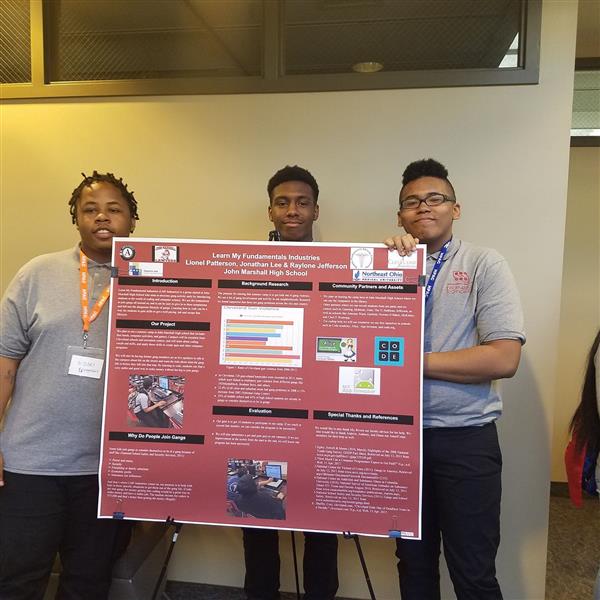 When four friends from the John Marshall School of Information Technology discovered all the doors that coding can open, their response was not to keep this valuable information to themselves.

Raylon Jefferson, Lionel Patterson, Benjamin Olmeda and Jonathan Lee felt compelled to pass along their knowledge to younger students in Cleveland by creating Learn My Fundamentals, a series of workshops, to introduce children to coding and to the career possibilities in computer science.

So far, they have brought their workshop to a West Side Cleveland community center and a CMSD K-8 school.

Growing up in the city, the four boys, who are college-bound seniors, felt the pull of neighborhood gangs and saw the devastating effects they can have in the form of guns, drugs and a cycle of violence. Lionel said learning coding in 10th grade opened his eyes to not only a new passion but a skill that could lead to a secure, lucrative job. And he wants more children to know that they have other options.

“We want to show kids that there’s more than one way to make something out of yourself,” Patterson said.

Some children might encounter drug dealers, for example, and see that they have money, Patterson said. But the LMF group tries to show them that there are other, better ways to make money, including through coding jobs.

The idea for LMF came about in their junior year, when they were working with a mentor through the Health Professions Affinity Community of the Northeast Ohio Medical University. HPAC is a program that empowers youth to identify health concerns and invent community programs to address them.

That is how they met Anthony Nguyen, a Cleveland native who was spending a year volunteering with AmeriCorps in between graduating from Case Western Reserve University and starting medical school at Ohio State University.

During the after-school HPAC program, Nguyen began talking to the boys about issues in their neighborhoods, and the conversation turned to gangs and gun violence. They told Nguyen that without the right role models and long-term goals, it’s easy to fall into that lifestyle. And for them, coding was the natural answer.

So they got to work, writing a grant proposal for HPAC to fund the initiative and planning the workshops. Once the grant was approved, they purchased T-shirts -- designed by Jefferson -- for the students and used the rest of the money to buy snacks and LMF wristbands for the workshops.

The boys planned the curriculum using the free educational resources on Code.org. During the lessons, they also talked about the wide variety of job opportunities available to coders, including video game design and software development.

The students didn't specifically discuss the issues of gangs and drugs, but they think their positive message about careers in tech achieved the goal nonetheless.

The first workshop was at the Riverside Park Community Center, a Cuyahoga Metropolitan Housing Authority facility. The second, which just recently wrapped up, was at Hannah Gibbons School in the Collinwood neighborhood.

Hannah Gibbons Principal Greg Adkins said the mission of LMF was more than accomplished. The workshops sparked a lasting interest in coding for many Hannah Gibbons students, and even led the school to include coding in its after-school offerings through the After School All-Stars program.

“Ever since that program, some of the students have been doing coding nonstop,”  Adkins said. “They’re always coming up to me showing me the progress they’ve made on coding projects.”

Adkins noticed that the JMIT students developed a good rapport with his students because despite being a little bit older, they interacted with the younger students as peers. Many students are now considering JMIT as an option for high school.

The JMIT students said it was a learning experience for them, too. Lee said he was happy to make even a small difference in the children’s lives and hopes the students absorbed both coding lessons and life lessons.

“Nobody wants to see kids getting into the bad stuff that happens in their neighborhoods,” Lee said. “So hopefully, learning a little bit of coding and having our influence set them on the right path.”