U.S. Transportation Secretary Pete Buttigieg made several stops this week in Northeast Ohio, including one at Davis Aerospace and Maritime High School.

He was in town to highlight President Biden’s bipartisan infrastructure law that will create jobs and fix roads and bridges across the country.

“We are rebuilding the country for the future right now in the early 2020s that we will be using for the rest of our lifetimes,” Buttigieg said.

Davis A&M is a STEM high school with an emphasis on the aerospace and maritime industries. Students showed the secretary and Congresswoman Shontel Brown how to fly a plane with a simulator and showed off the robot they used at the FIRST Robotics Buckeye Regional competition at Cleveland State University in March.

“We were the best rookie team in the competition,” said Victoria, a student who programmed the robot during the competition. “We finished 30th out of 60 teams.” 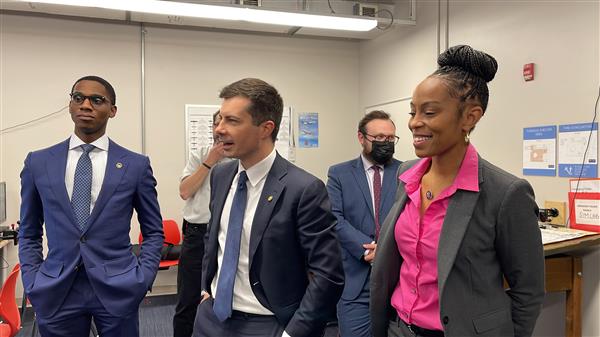 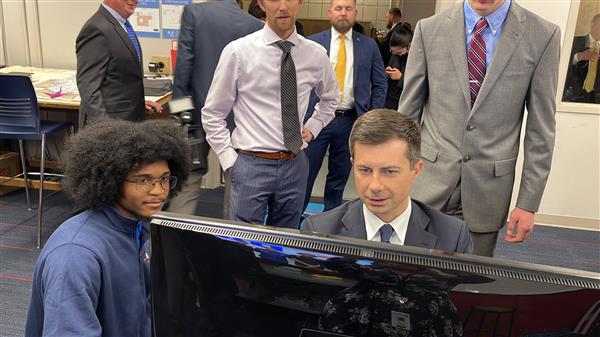 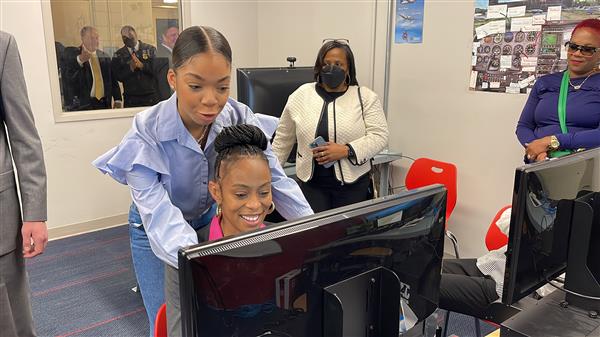 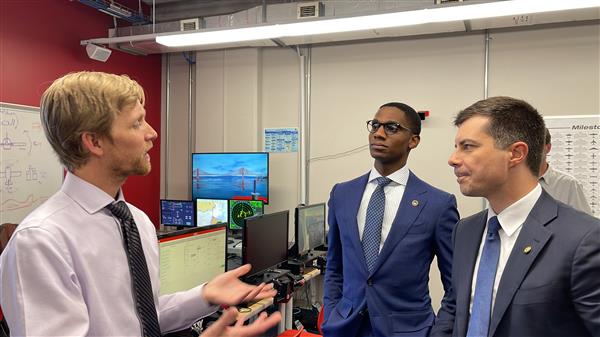 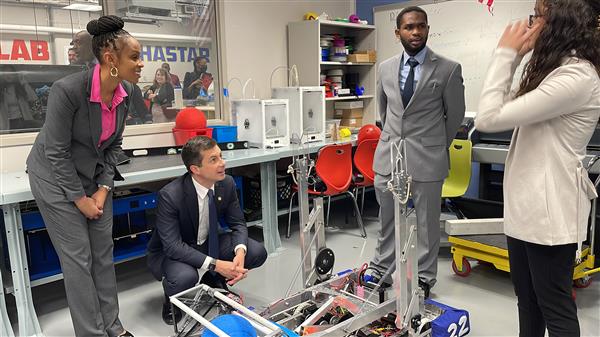 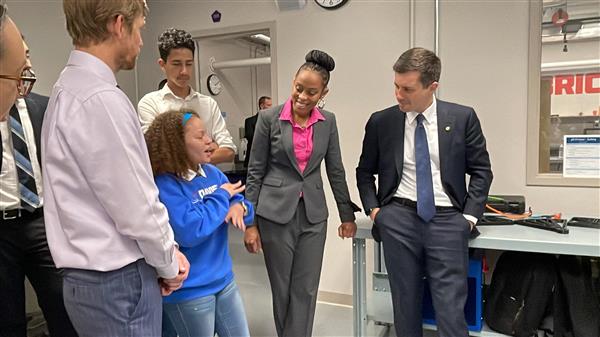 Buttigieg and Brown also watched a student fly a drone and heard other students talk about how to build a boat.

After the tour, they sat down with students to discuss transportation and careers. Buttigieg said the fate of the new investment in transportation depends on American skills and labor.

“That’s where you come in,” he said. “The skills you are learning here, whether you are going to take them and specifically become a pilot, or mechanic or somebody who operates on or builds our infrastructure, that is going to be one of the most important things that decides whether this is a successful chapter for America.”

“There will be opportunities to get into apprentices and to unions, and you can make an incredible living doing jobs that are making an investment into our community right now,” said Brown, who is a graduate of John Hay High School.

One student asked the secretary why the need for jobs in transportation is so ­­­high. Buttigieg said that it is combination of workers retiring or finding new jobs and demand.

“We need more drivers to help with the increased economic activity,” he said. “But we are also putting a trillion dollars into repairing bridges, replacing lead pipes and adding electric chargers all over the country, and we need people to do that work.”