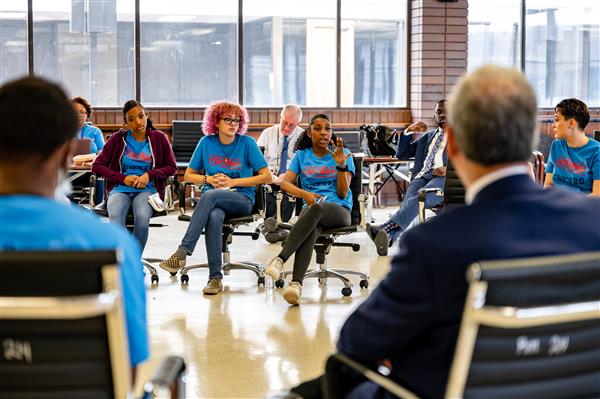 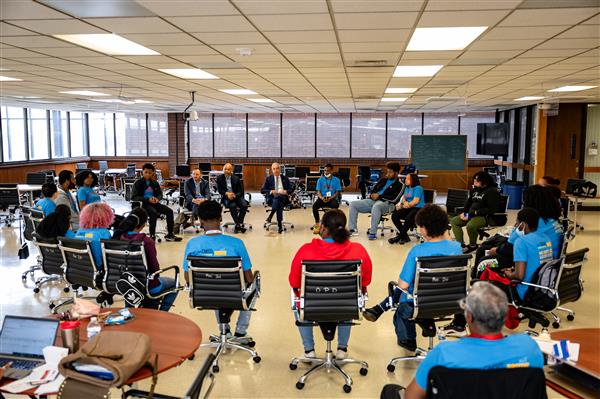 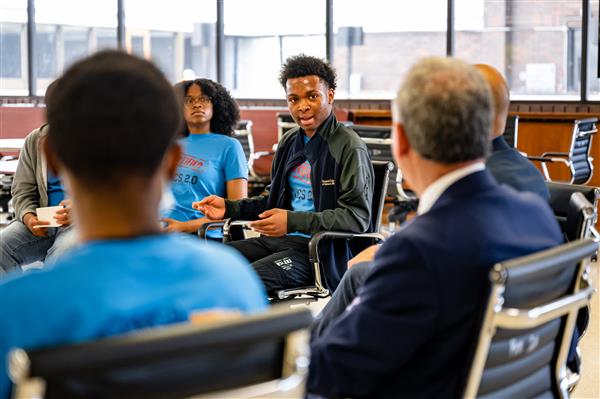 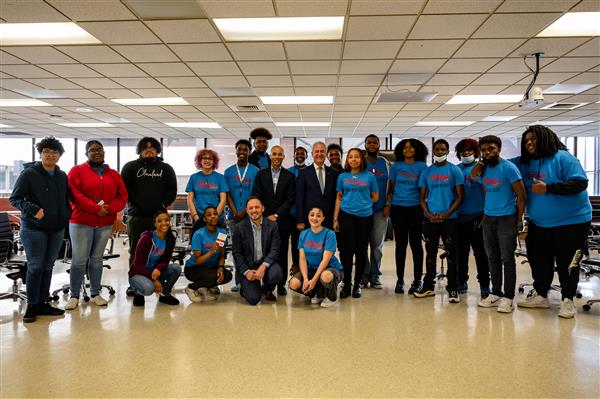 Russ Feingold, a former U.S. senator from Wisconsin, visited with some CMSD high school students Tuesday and came away convinced they can help shape the nation’s future.

Feingold, now president of the American Constitution Society, spoke with 15 students who are part of Civics 2.0, a new District approach that encourages students to not just learn civics but live civics.

He was accompanied by Elliot Williams, a CNN legal analyst who worked in the Obama administration, and Jeremy Paris, a Cleveland-based public affairs expert and policy counsel who served on Feingold’s Senate staff.

Civics 2.0 is a standout example of CMSD’s new Vision of Learning, which calls for more deeply engaging students and giving them more say in what they do. Students in the program have blogged on issues that concern them, recorded podcasts, registered voters, organized a Cleveland mayoral debate and served as poll workers.

The podcast Both Sides with Stephen Connor, doesn’t shy away from controversial topics but keeps the discourse civil. Host Stephen Connor, a senior at Campus International High School, said it proves that “Americans can still have nice political talk.”

Posts on the Unsilenced Voices blog have focused on issues such as mental health, racial profiling, low youth voter turnout.

“It’s a big opportunity for student expression,” said Chardon Black, who is wrapping up 10th grade at the Cleveland School of Science Medicine, located at the John Hay Campus. “Like the name says, ‘Unsilenced Voices.’ ”

Feingold, a Democrat, said the Constitution needs to be made relevant to the 21st Century. Along with Williams and Paris, he encouraged the students to remain active in causes that matter to them, starting at the grassroots level.

“If you have a pothole in front of your house, who’s going to fix it?” Williams said. “It’s the mayor and the City Council member."

Feingold left impressed by what he had heard from the students.