After two years of going virtual due to the COVID-19 pandemic, the 23rd annual Rock Your World with STEAM festival was back in person Saturday.

Jeffery Allen, CMSD’s executive director of fine arts, said the return was the highlight of the year.

“This is why we do this,” he said. “To see the look of joy on all the faces of our scholars and our families.”

Students performed on five stages in front of the Great Lakes Science Center and outside and inside the Rock and Roll Hall of Fame and Museum.

Students were thrilled to showcase the talent they had been honing all year.

“I am excited but also nervous to perform in front of a lot of people,” said Kiara, a John Marshall School of Civic and Business Leadership student who was performing with the All-City Drumline. 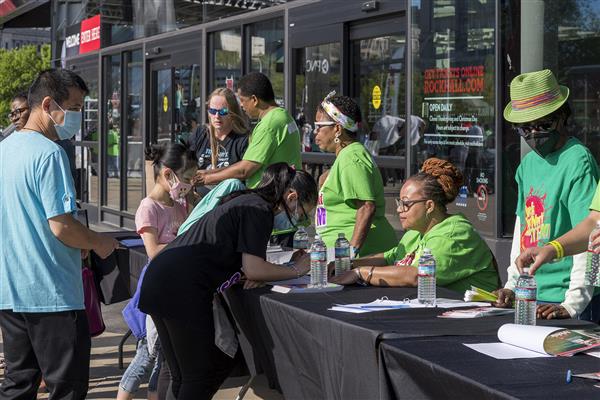 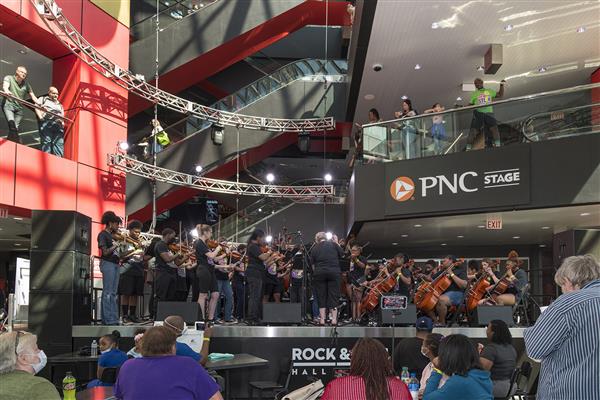 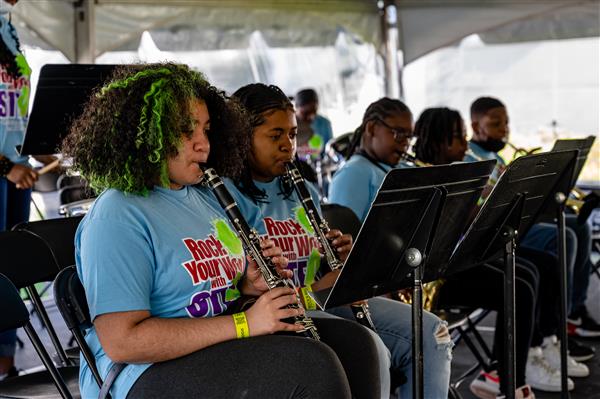 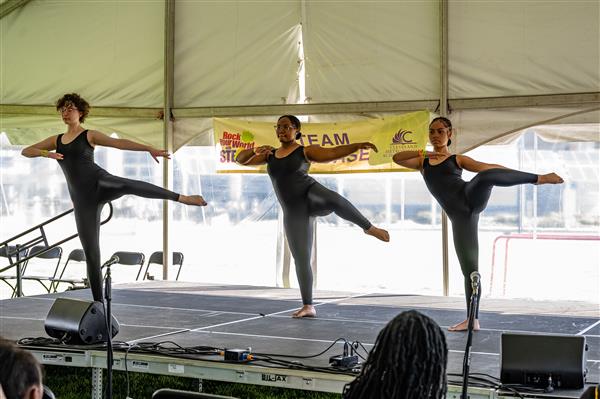 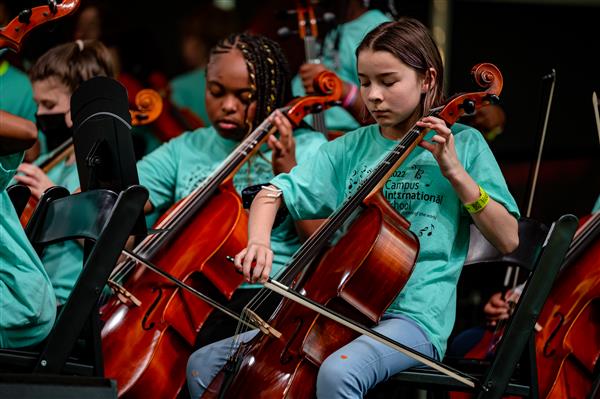 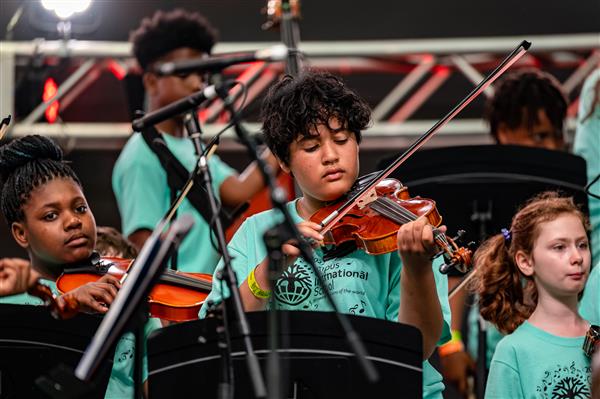 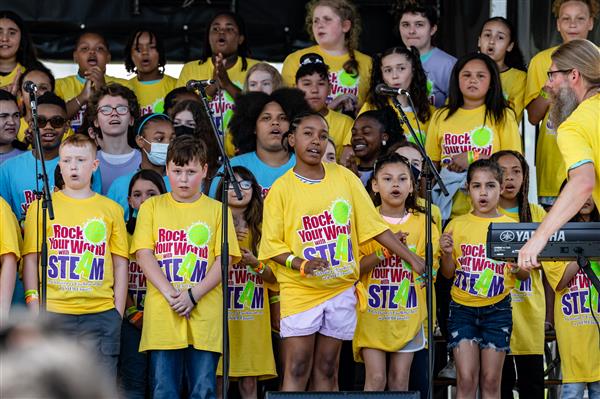 Students from Clark PreK-8 school did a scene from “101 Dalmatians,” which they performed earlier this spring as a part of the Disney Musicals in Schools series. The Benjamin Franklin Band performed “Havana” in the Music and Arts tent.

All-City Arts choirs, bands and dancers took the stage throughout the day. At noon, more than 400 students from the All-City Arts program performed “Cleveland Rocks” on the main stage in front of the Rock Hall.

In the STEM tent, students had project-based learning on full display. The Patrick Henry Gardening Club handed out fresh salsa made from tomatoes and cilantro raised in a school garden. The MC2 STEM FIRST Robotics teams demonstrated how its robot can draw pictures.

"We are a STEM school. Our students learn 3D printing and they learn laser cutting,” said Zachary Wenz, an MC2 STEM teacher. “All of this can be applied to the art world.”

The festival ended early due to the threat of lightning, but that didn’t stop the John Marshall High School Band. They moved their performance inside the Science Center.