District esports teams recently competed in championship matches over the course of three days, playing for a title in a different game each day at the Cavs Legion Lair Gaming Center.

“I am so honored to be here,” said Emily, an 11th grader at the Cleveland School of Science and Medicine. She clinched a championship for the John Hay team.

Esports were launched in more than a dozen CMSD high schools this school year. The District invested in gaming by buying the teams gaming chairs and computers to use in competing with other teams across the District and the state.

“I think that we touched a different market of students that we don’t generally touch in the athletic department since they don’t necessarily play football, basketball, or run track,” said Barrett.

The Senate League plans to introduce esports to eighth graders in the fall.

Watch this video to see the esports teams in action during the championships. 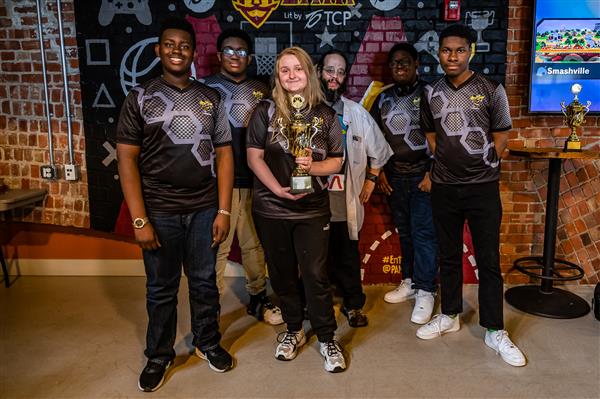