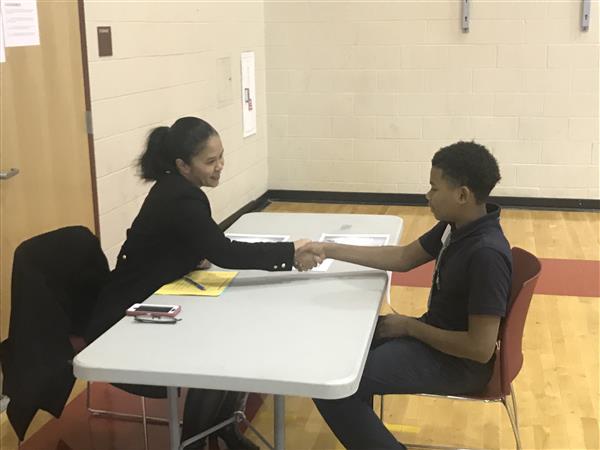 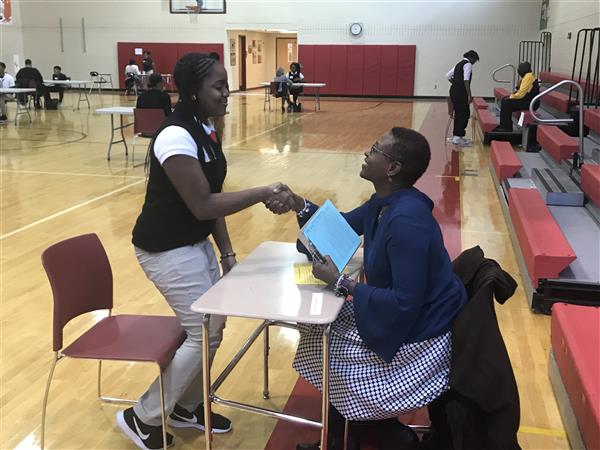 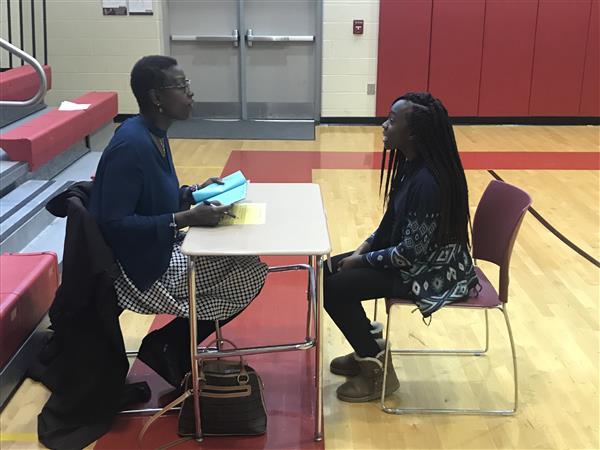 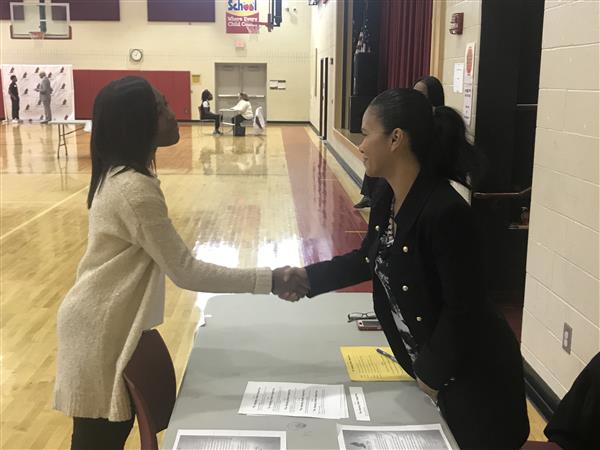 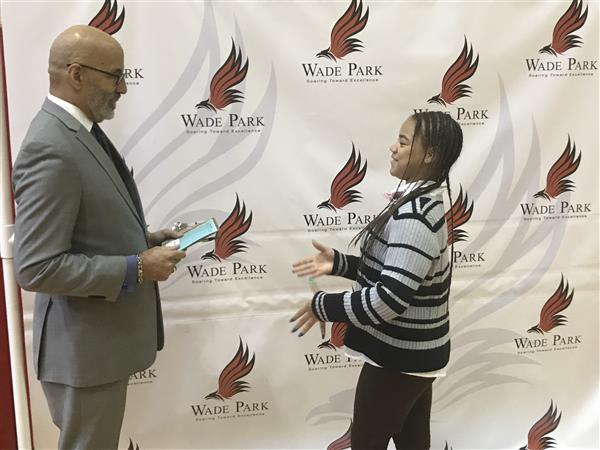 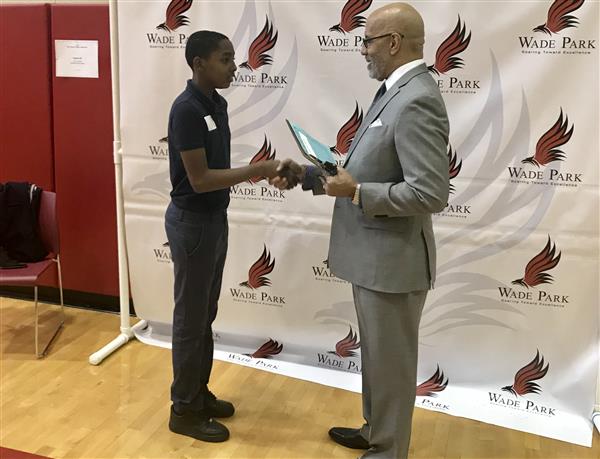 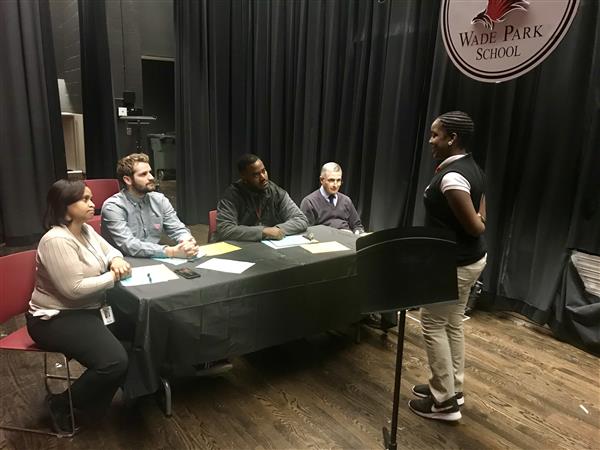 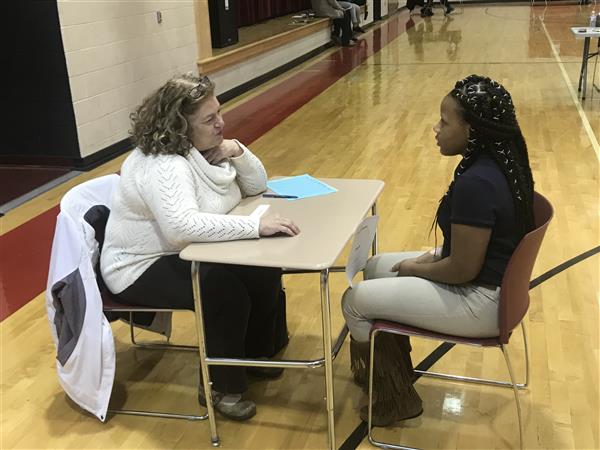 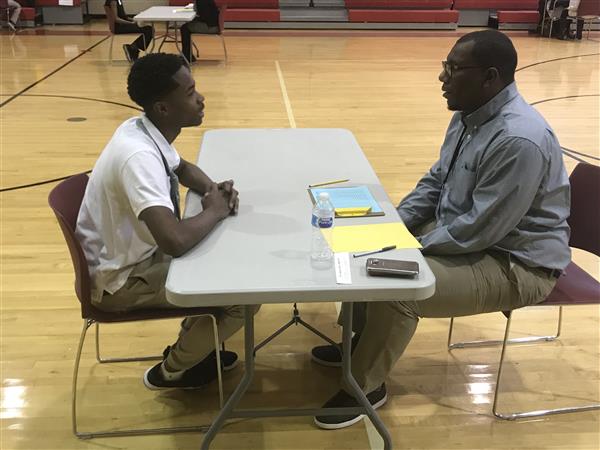 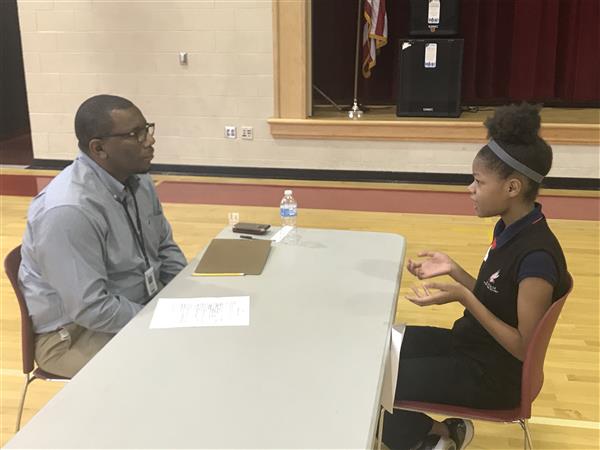 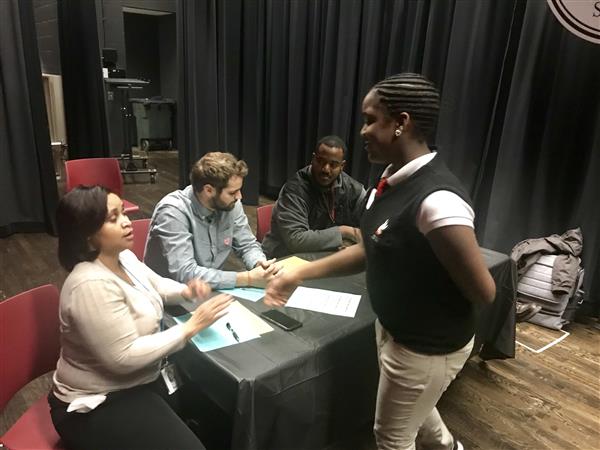 More than 500 handshakes were exchanged Wednesday in the gym at Wade Park School.

These weren’t just any handshakes, but those of students participating in a competition on social grace and manners.

Wade Park hosted its first ever Amazing Shake competition, which was started by the Ron Clark Academy in Atlanta and places emphasis on teaching students manners, discipline, respect and professional conduct. The more than 40 students who competed were judged in areas like posture, composure and of course -- the handshake.

The student ambassadors, a group of middle-school students selected for leadership roles, rotated through 12 two-mintue stations where they were faced with scenarios to test their manners and ability to think on their feet. One station involved a one-on-one mock job interview for a nonprofit neighborhood center working with children and elderly people. Another included a panel of four people pretending to be frustrated top executives at a computer company with rapidly declining sales. The student was the CEO and was asked to solve the urgent problem -- fast.

Though the students were not clued into the scenarios beforehand, Principal Lee Buddy Jr. said his scholars have been unofficially preparing for a competition like this since they first stepped foot into a Wade Park classroom.

“These are life skills,” Buddy said. “Being able to speak to somebody when you meet them, being able to make eye contact and being able to hold a conversation with them.”

Those skills are all facets of the “Wade Park Way,” a set of guiding principles for behavior and interpersonal interactions taught to each student beginning in kindergarten all the way through eighth grade. Anyone who has walked into Wade Park School for an event knows the unique and pleasant experience of a polite student ambassador greeting them with a smile, a handshake and “Welcome to Wade Park.” This is all part of the “Wade Park Way.”

To judge the contest, the school recruited community partners and volunteers, many of them familiar faces in the hallways.

Allison Wallace is the executive director of the Greater Cleveland Neighborhood Centers Association and helps facilitate the Partners For Student Success (P4SS) enrichment program at Wade Park and other local schools. She spoke highly of the students, whom she has worked with through her organization for several years.

“Wade Park is really a very special school,” she said. “It has been tremendous to look at the students and see how they have developed through their experiences and the exposure that Dr. Buddy has provided to them, how academically engaged they have become, how thoughtful and intentional they are about their studies and thinking more about high school and their future careers.”

A big surprise came for the students after the scores were tallied. Buddy announced that the top five finishers would be traveling to Atlanta in February 2018 to participate in the Amazing Shake National Competition at the Ron Clark Academy.

Harmony, an eighth-grade student, was ecstatic that she was in the top five but was not surprised. Her favorite station was one where the facilitator asked her to create a new Pepsi product.

“I realize that Pepsi is really sugary and has a lot of acid, so my idea was to create a pop that was not only healthy but still had taste,” she said.

She credits some of her high finish to the “Wade Park Way,” which gave her clear expectations for how to act in professional settings. The contest also helped pull her out of her comfort zone.

“Usually I’m shy, but today when I was doing that, it prepared me to be able to talk to other people without being shy," Harmony said.

Check out the CMSD-TV video from the competition: