6/28/2017
Brinden Harvey was speechless Wednesday morning as he stood on the steps of his home with his hands clasped over his mouth, looking at the giant check in front of him.

Standing before him was CMSD Chief Executive Officer Eric Gordon, who had just surprised him with the news that Brinden would receive a $10,000 scholarship that Gordon gets to present for winning the Green-Garner Award, also known as the Urban Educator of the Year Award, last fall from the Council of the Great City Schools. Brinden's mom stood beside him, beaming with pride. She was in on the surprise.


Brinden recently graduated from the Cleveland School of Science and Medicine and is headed to Baldwin Wallace University this fall to pursue a bachelor of fine arts degree in acting.


He said the scholarship is more than just a weight off his shoulders in regards to paying college tuition; it’s also a testament to the love and support that he feels from his school, the District and the city. 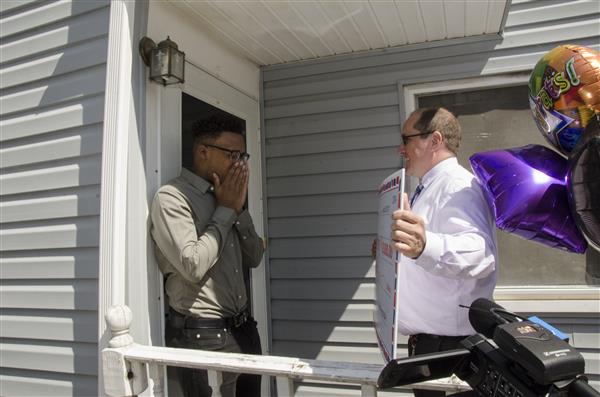 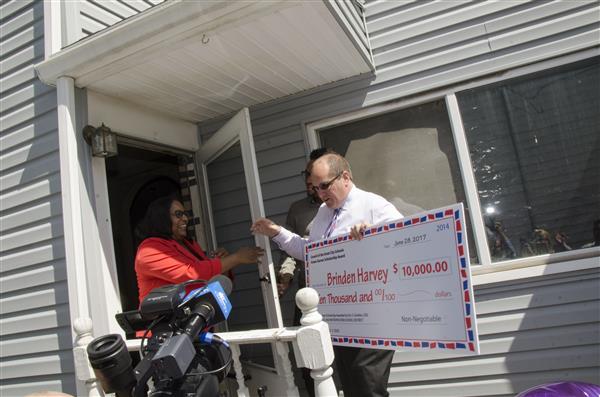 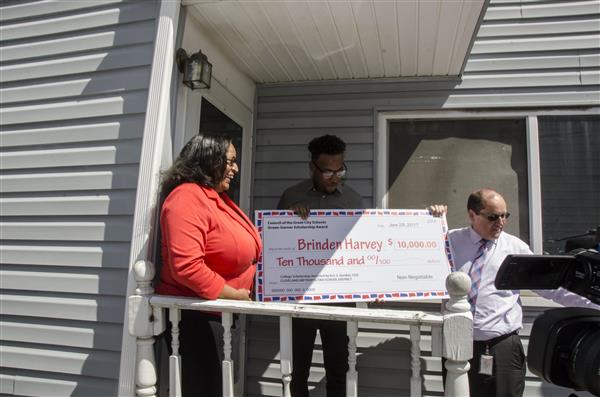 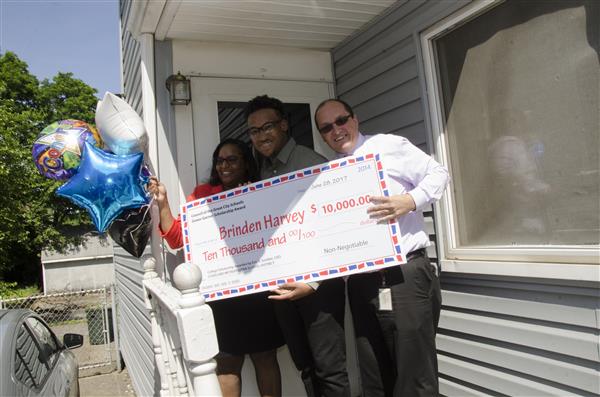 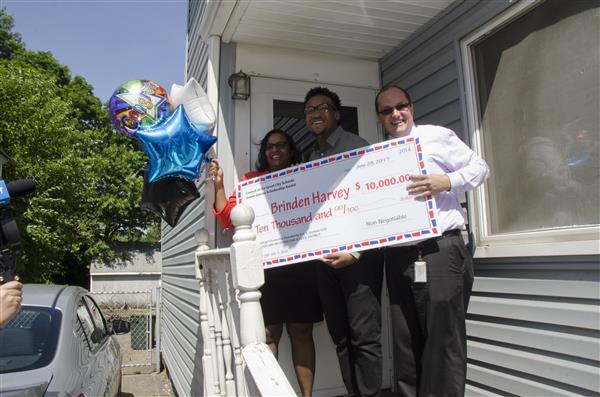 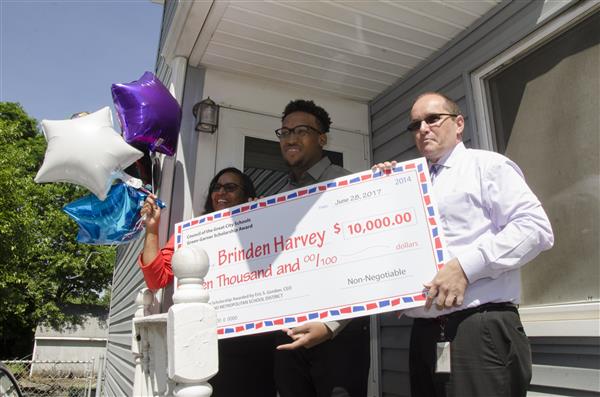 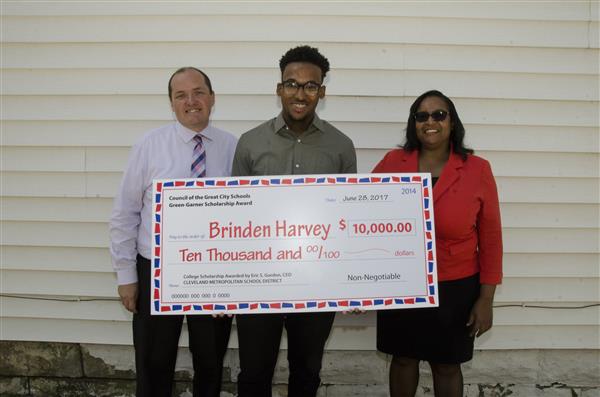 “It’s a lot of love coming from my city to be able to get things like this and have the support of amazing people in Cleveland,” he said. “I’m speechless about how amazing this love is.”

Along with the scholarship money, Brinden gets the opportunity to be mentored by Gordon throughout his college career.
"You and I will stay in touch for the four years you're in college to make sure you stick with it and go all the way through," Gordon told Brinden. "If you're having a bad day or you feel like you can't do it anymore, you can reach out to me."

Each year at its annual fall conference, the Council of the Great City Schools alternately presents a board member or superintendent with the Green-Garner Award, the nation's highest honor for contributions to urban education. The award is named in memory of urban school leaders Richard R. Green and Edward Garner. CMSD leaders previously won the award in 2013 and 2001.


The award winner decides which student will receive the scholarship. A committee of District employees and external partners that chooses the recipients for the annual Army of Believers scholarships identified the top three students, determined by the quality of their applications and interviews. Gordon chose his scholarship winner from that group.

Brinden has enjoyed the arts since he was a child and attended what is now the Dike School of the Arts. But he enrolled at CMSD's Cleveland School of Science and Medicine with plans to become a doctor. It wasn’t until he participated in the Center for Arts-Inspired Learning’s ArtWorks apprenticeship program that he realized the arts were his true calling.


Through ArtWorks, Brinden completed one musical theater program and two other theater programs, both of which helped to prepare him for college and improve his performance skills.


“It was the reminder I needed that I loved doing art all the time,” he said. “I was in an environment where you dedicated your time to learning and perfecting your craft and also learning how to market myself in this business, how to make money and be successful.”


His passion for theater is clear.


“I’m obsessed with acting,” he said. “I genuinely love theater, and I can’t believe that I get to go to school to do what I love all day.”


And his desire to use his talents to give back to his community is undeniable. Brandon hopes one day to create an after-school arts program for Cleveland children so they can express themselves and develop their artistic talents.


“When I was going through school, I wished that there was someone who wanted to come after school and give us opportunities like that,” he said. “I know how much it would mean for so many people to be able to have a program like that.”


When he starts college, Brinden will follow in the footsteps of his mom and his brother, who are both Baldwin Wallace graduates. But he plans to forge his own path building on his love for theater and his city.


“Growing up in Cleveland, I’ve seen so many diamonds in the rough,” he said. “ I fell in love with the beauty of the people and how genuine it is. I’ve always wanted to give back to the city in the same way I’ve seen people give to me, if not better.”