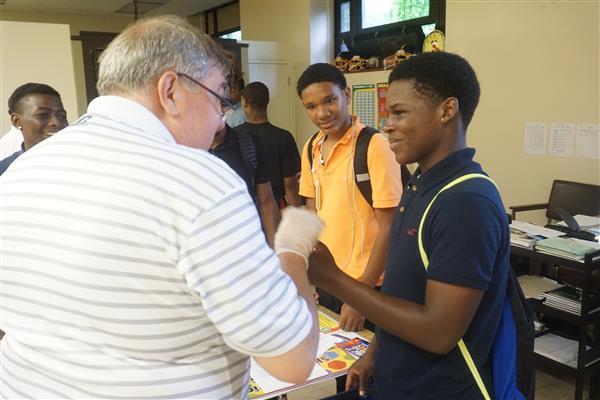 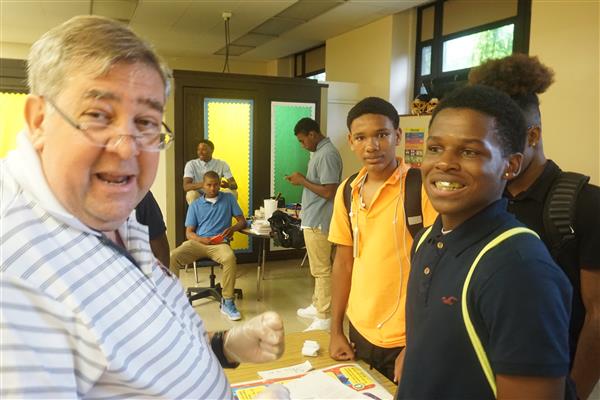 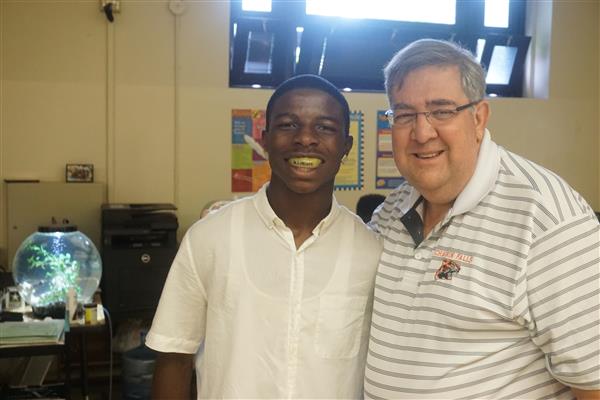 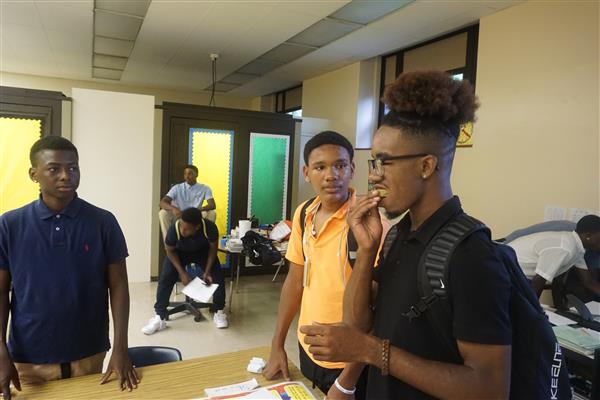 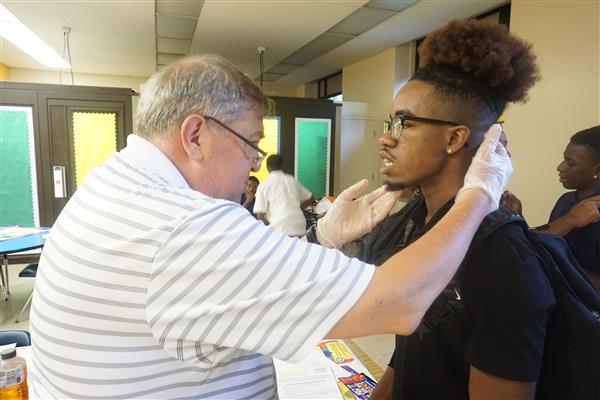 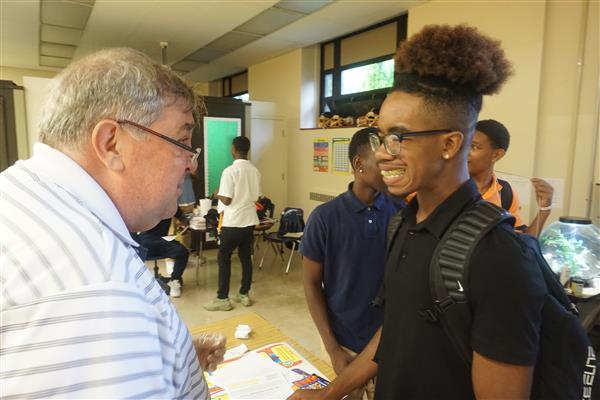 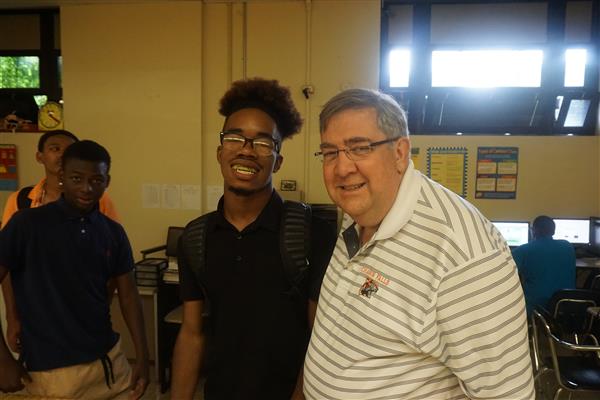 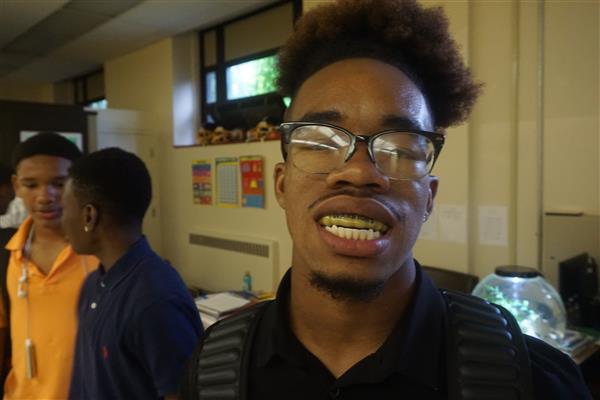 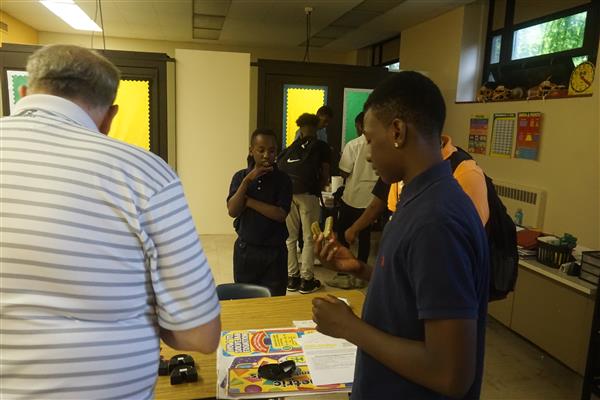 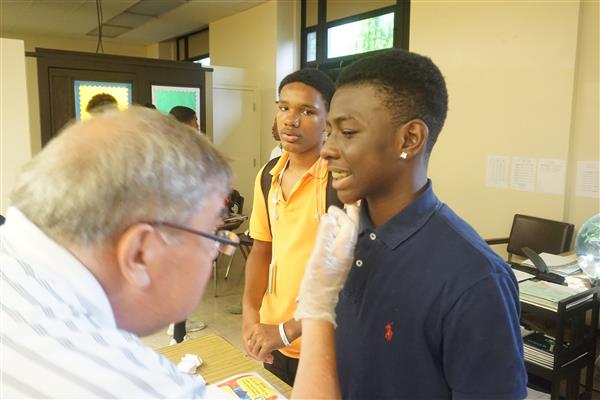 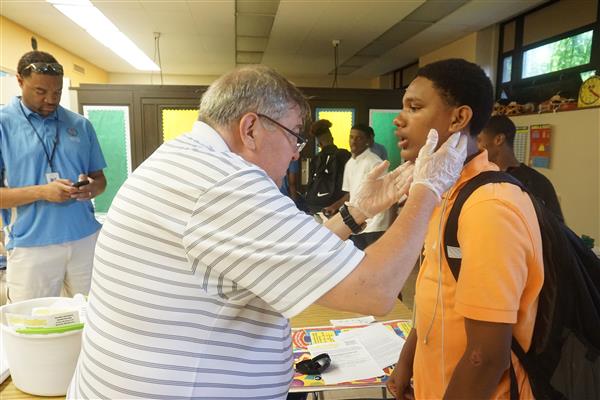 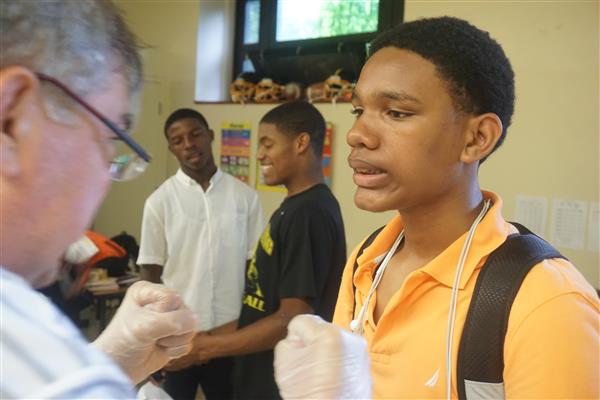 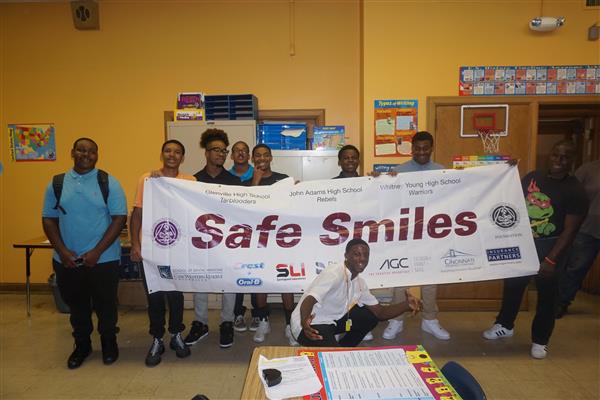 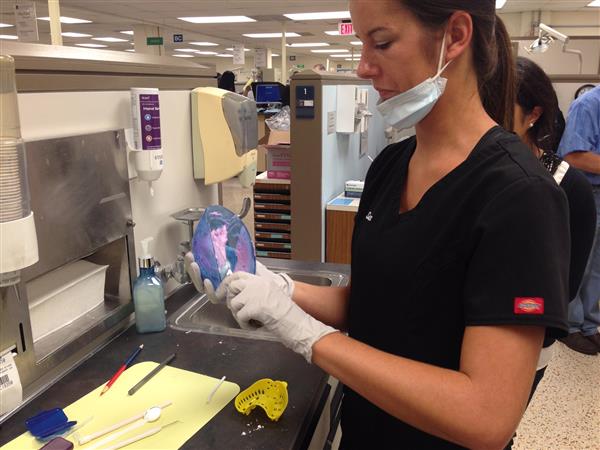 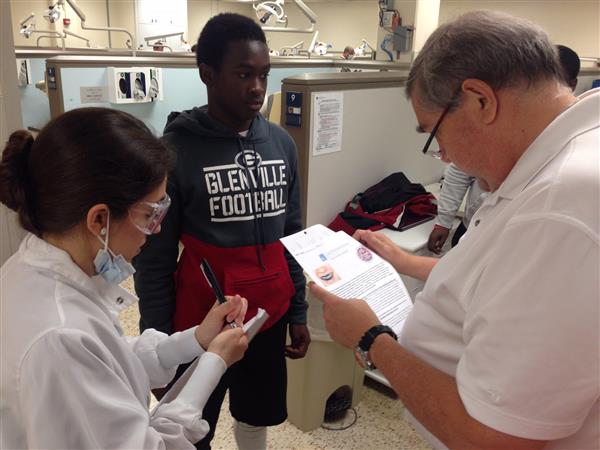 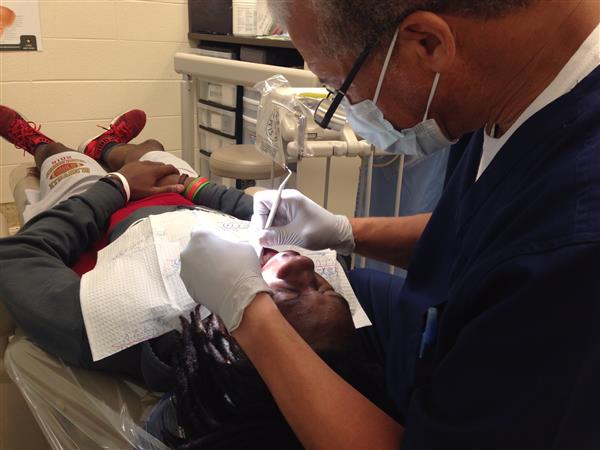 CMSD NEWS BUREAU
8/18/2017
When Whitney Young linebacker Jeremiah Drake steps onto the football field at his team’s first game next week, he will have an asset he lacked last season: a custom-made mouth guard fit to his exact specifications.

Drake is one of 114 CMSD football players on the Whitney Young, John Adams and Glenville teams who this week received a custom-made mouth guard and dental care from the Safe Smiles program, funded by the Greater Cleveland Dental Society and the Case Western Reserve University School of Dental Medicine.

Dr. Thomas Coreno, a local dentist who also teaches sports dentistry at CWRU, designed the program with Dr. Steven Katz. Coreno visited each of the teams before practice this week to deliver the equipment. The players were excited as they received their mouth guards, which are emblazoned with the names of the player and the team.

"It makes me feel special that they care about us and don't want us out on the field with just any kind of mouth guard," Jeremiah said.

That’s not all that the players received from Safe Smiles. Over the past few weeks, the three teams visited the CWRU dental clinic to get impressions made for their custom mouth guards. While they were there, dentists and dental students also performed exams and made referrals to local dentists or a CWRU dentist for players who need additional care.

The cost of the donated care, supplies and mouth guards comes to about $25,000. The dentists and dental students donated their time.

Over the past two years, seven other high school football teams in the Senate Athletic League have received dental exams and new mouth guards.

“We wanted to continue this opportunity to give back to the community,” said Katz.

A custom-fit mouth guard goes a long way in protecting players from serious injuries, according to a news release from Safe Smiles.

Athletes often use over-the-counter “boil and bite” mouth guards, usually purchased at a sporting goods store.  When the athlete attempts to mold the guard, it can become lumpy in some areas and thin in others, which doesn't provide a consistent, protective fit.

A properly fitted mouth guard reduces force to the head and minimizes the impact from a blow to the teeth or jaw.

For Jeremiah, the new mouth guard provides another advantage on the field.
“I play middle linebacker, so I’ve got to talk to the defense all the time,” he said. “Last year, with a regular mouth guard, I couldn’t be as loud, and it was hard for them to hear me. But with this one, it’ll be a lot better.”