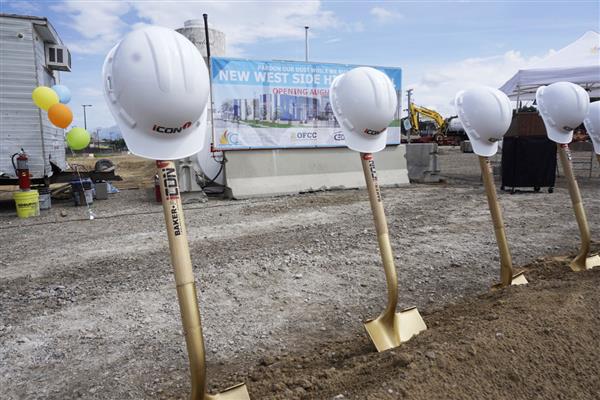 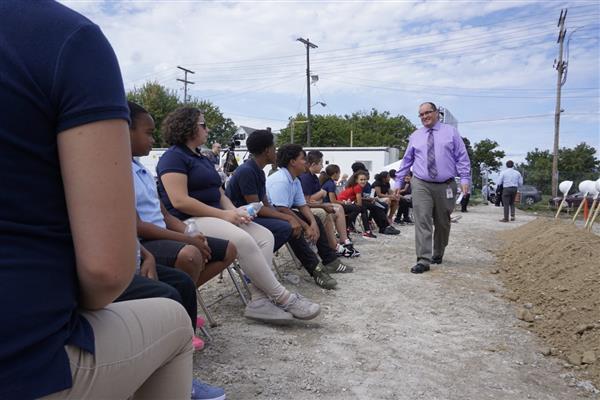 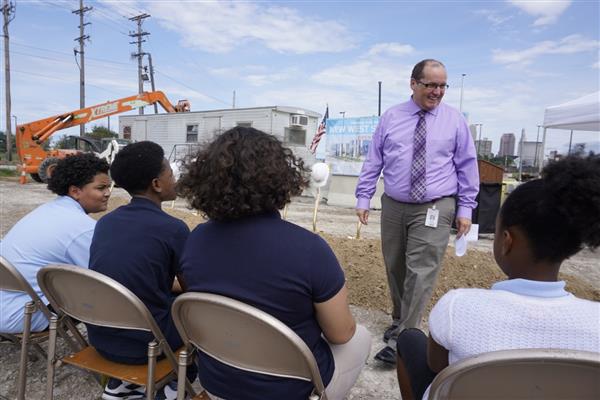 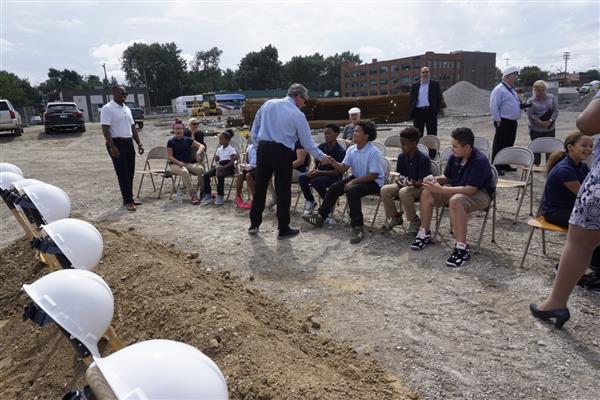 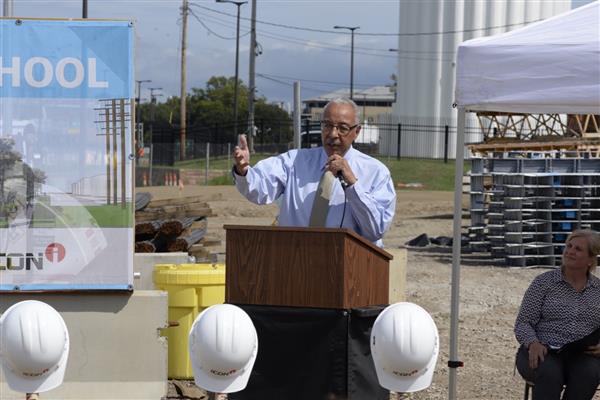 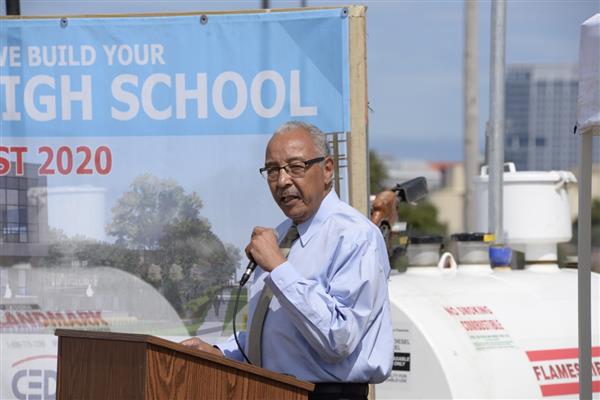 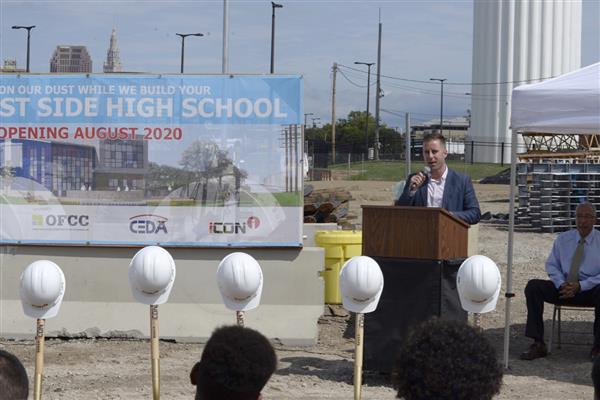 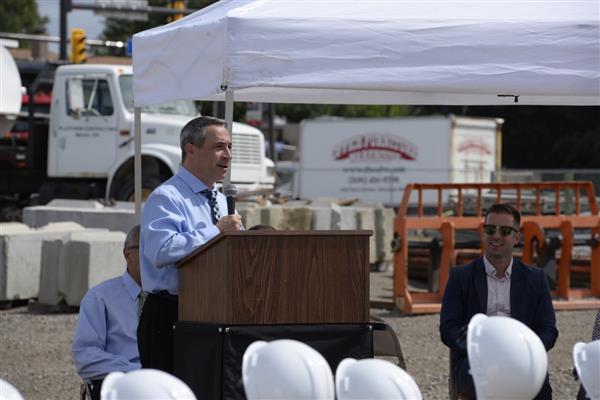 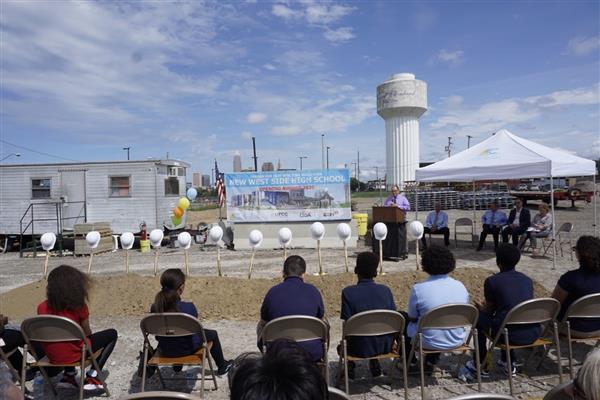 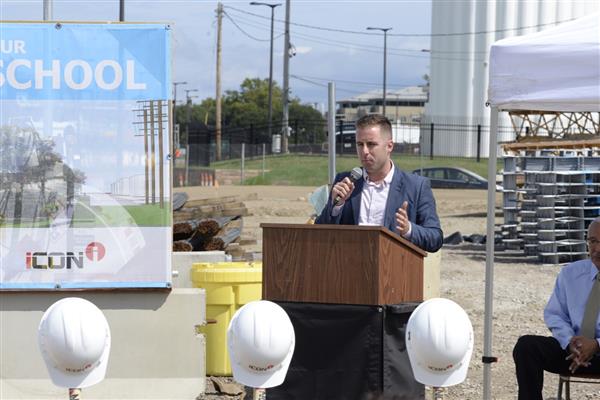 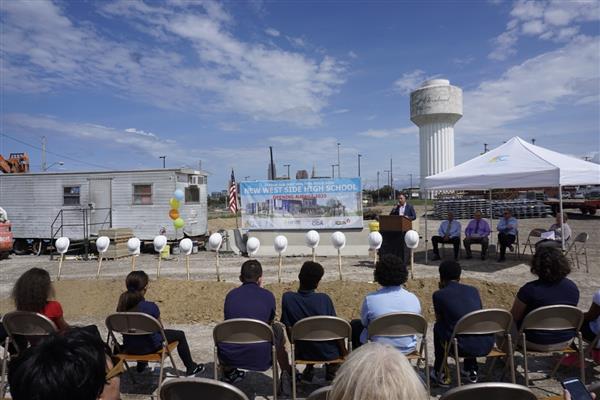 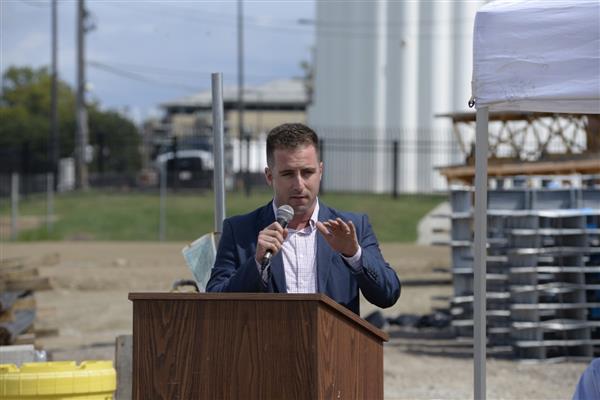 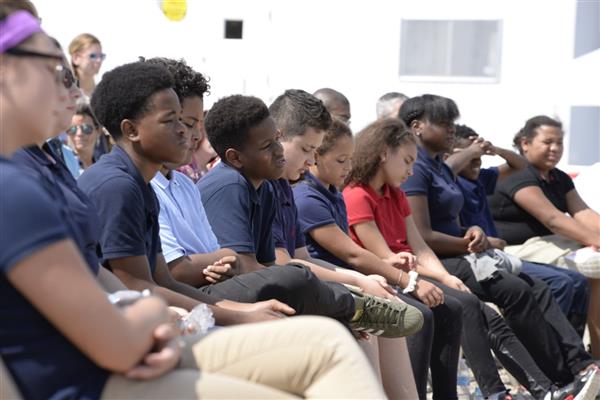 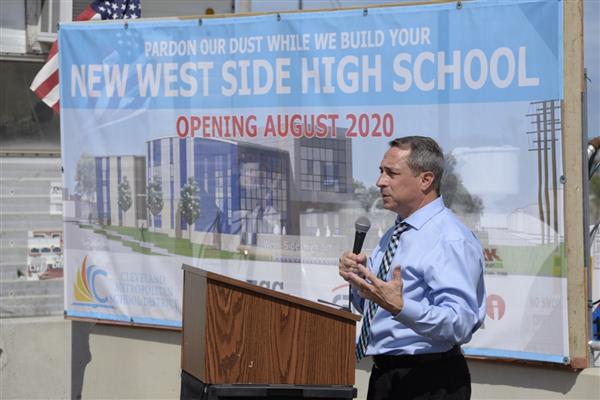 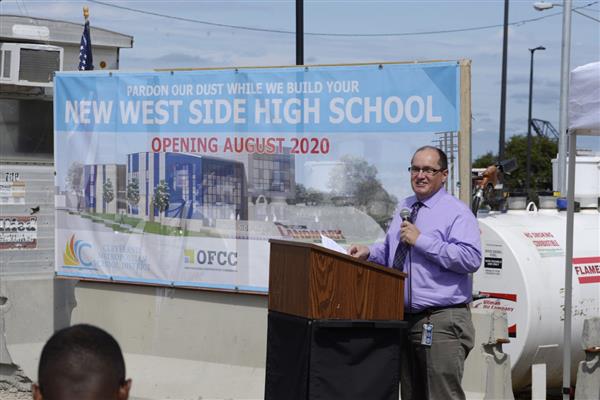 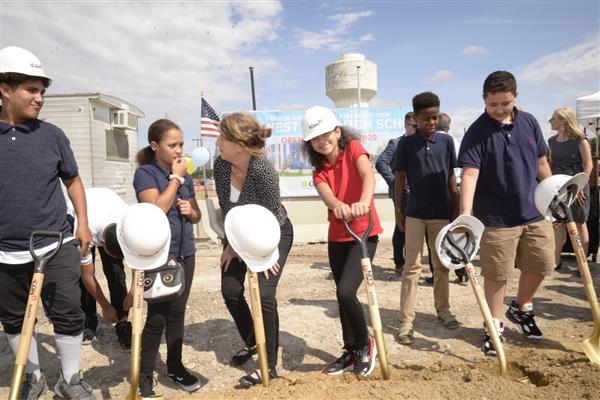 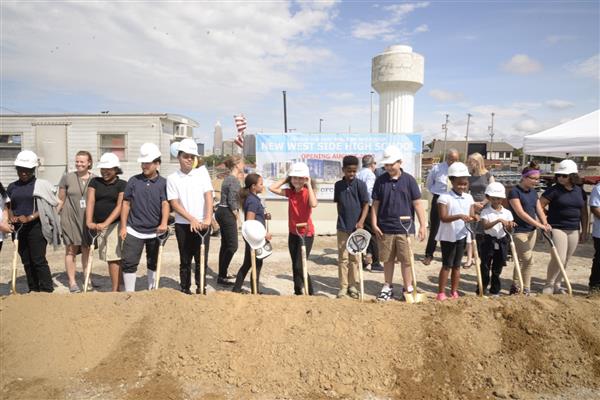 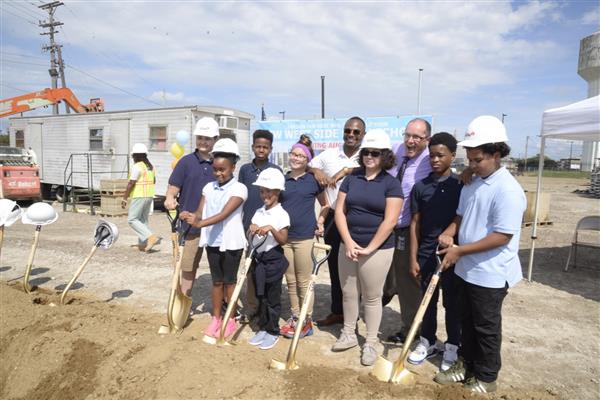 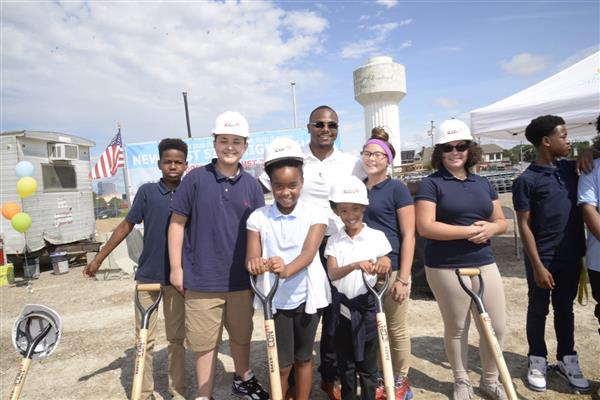 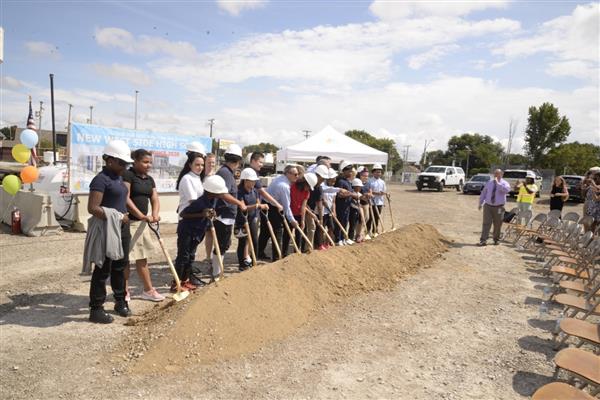 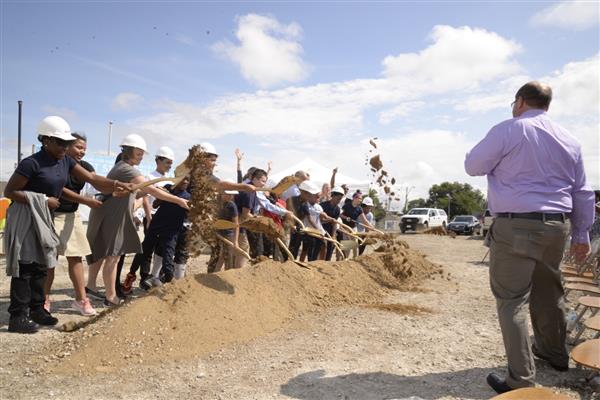 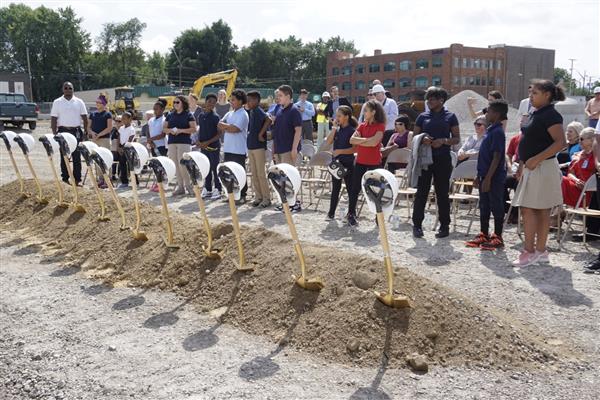 CMSD and community leaders held a ceremonial groundbreaking Thursday for a new high school building that will serve and complement growing West Side neighborhoods.

The long-awaited building, which is already going up on in the 4600 block of Detroit Avenue, will follow a District trend by housing at least two small high schools. Planning for the academic programs will begin in November.

Councilmen Matt Zone and Kerry McCormack hailed the addition of a campus that will add to momentum in the Detroit Shoreway, Ohio City, Cudell-Edgewater and other neighborhoods when it opens in 2020.

“Today is a great day for this community,” Zone told an audience gathered on the construction site.

The building, planned by the Cleveland Educational Design Alliance, will feature a wall of glass that provides breathtaking views of Lake Erie and the near West Side cityscape. Input from community residents with backgrounds in architecture and planning heavily influenced the final design.

“We were amazed at how receptive the designers were to feedback and how artfully it was incorporated,” said Jenny Spencer, managing director of the Detroit Shoreway Community Development Corporation.

Spencer said the building represents a significant physical investment on a major West Side artery. She said the facility and its academic programs can play a key role in attracting and retaining families.

The project is part of the District’s continuing modernization program. The work is being funded with money from the Ohio Facilities Construction Commission and local taxpayers.

The building will occupy the former site of Max S. Hayes High School. Max Hayes, which specializes in career-technical programs, moved to a new building at West 65th Street and Clark Avenue in 2015.