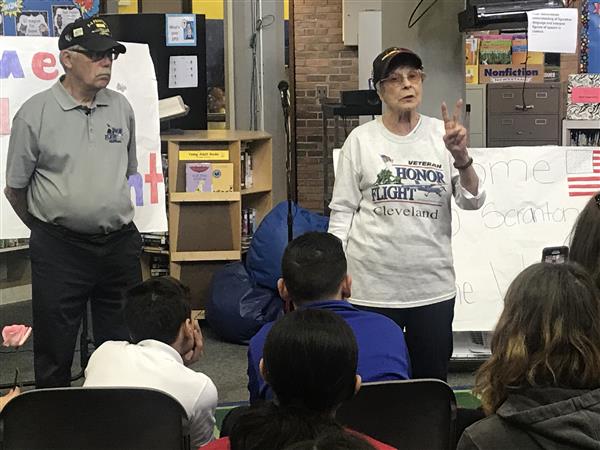 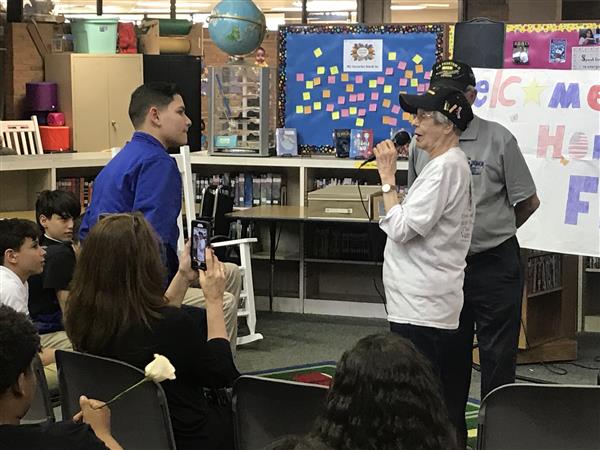 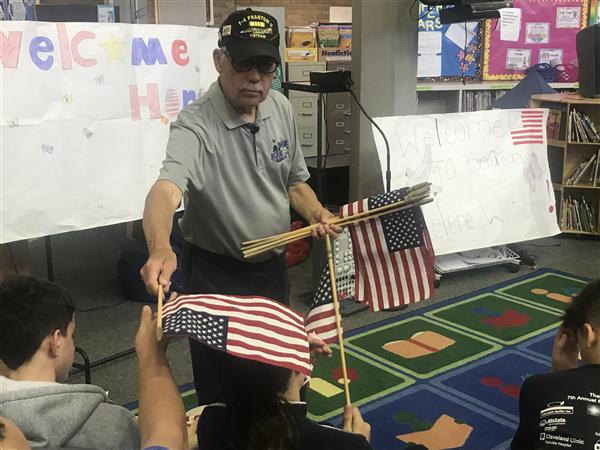 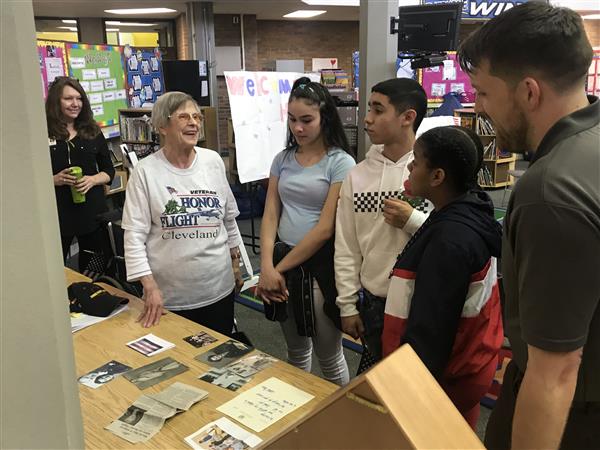 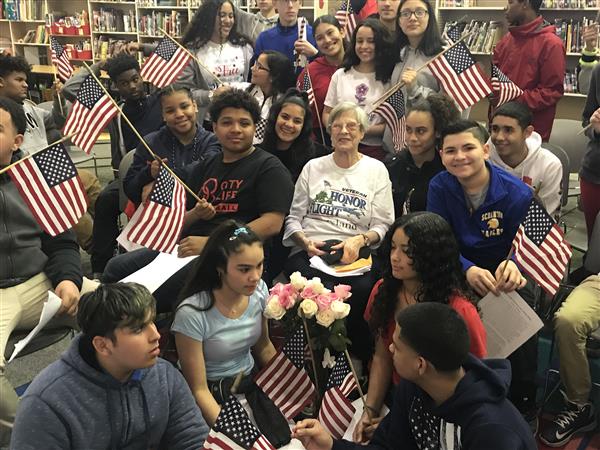 A group of eighth-graders and a 95-year-old World War II veteran bridged generations and eras in history Monday at Scranton School.

Helene Weinberger spoke about her service in the Army during the war, as the kids listened respectfully and asked questions. The class then presented a $250 check to Honor Flight Cleveland, a charity that flies veterans to visit war memorials in Washington, D.C.

“It’s the most wonderful gift I ever saw,” Weinberger said, her wide smile providing testimony. “God bless you for doing that.”

The students raised the money by selling candy, potato chips and other items popular with classmates. Proceeds were to pay for a year-end class lunch at a Tremont restaurant, but when the tab was covered by another source, they shifted the funds to a service project.

Teacher Kirsten Fischer’s students studied World War II and the Holocaust this year. She had heard about Honor Flight and connected with President Joe Benedict. He brought along Weinberger, whose military background and Jewish heritage made for a perfect combination.

“When the opportunity became available, we could not think of a better way to show how important it is to pay it forward,” said Fischer, whose father retired as a captain in the Navy.

“People in their 20s can’t say they’ve done this,” said Emelyn, who hopes to someday become a lawyer. “When we found out, we were very happy. Instead of giving ourselves something, we’re giving someone else something.”

Benedict served in the Navy during the Vietnam War; his father joined the Navy the day after Pearl Harbor was bombed and served for 50 years.

Near the end of the program, Benedict presented each student with a small American flag. Each flag was attached to a wooden stick that was soiled at the bottom. The dirt was left from time spent decorating a veteran's grave.

The students' donation will go into a pool that pays for the travel. Benedict said Honor Flight, which was founded 13 years ago, now provides about seven trips per year and has helped transport several thousand veterans to Washington. As World War II veterans age, he said, the group has turned its attention to helping veterans of the Korean and Vietnam wars.