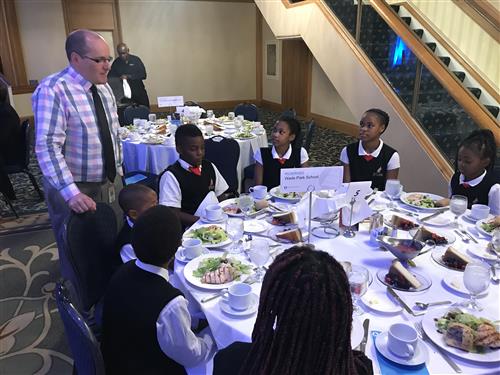 CEO Eric Gordon chats with students from Wade Park School before delivering the State of the Schools.

Cleveland’s public schools have a long way to go but are gathering momentum, CEO Eric Gordon said Thursday in the annual State of the Schools address.

Speaking to a packed ballroom at the Renaissance Cleveland Hotel, Gordon repeated a theme sounded after a new state report card raised CMSD’s overall grade from an F to a D. He has said the District will not celebrate a D but will celebrate the report card’s many signs of significant progress. 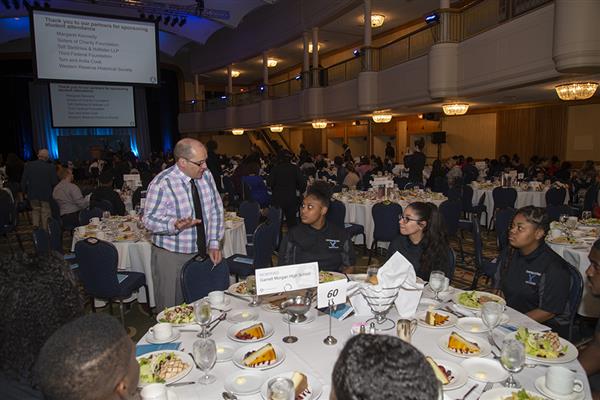 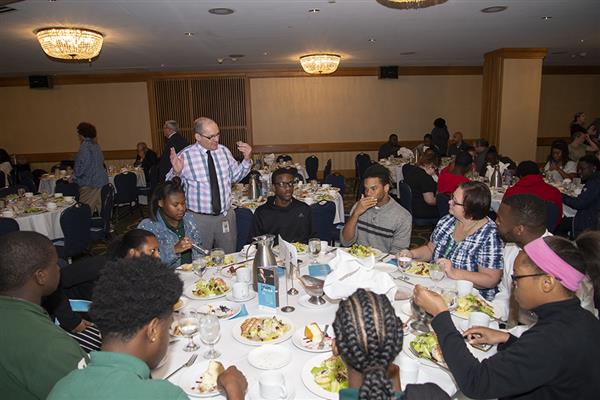 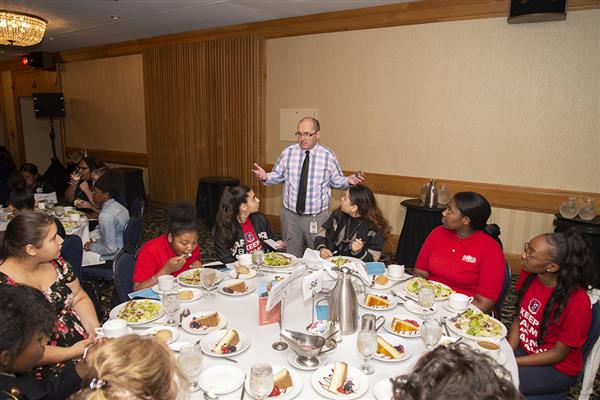 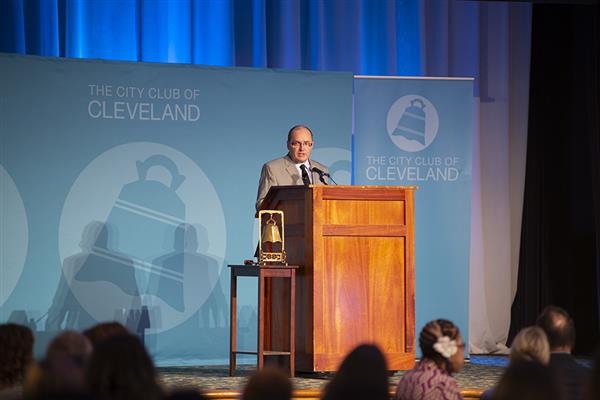 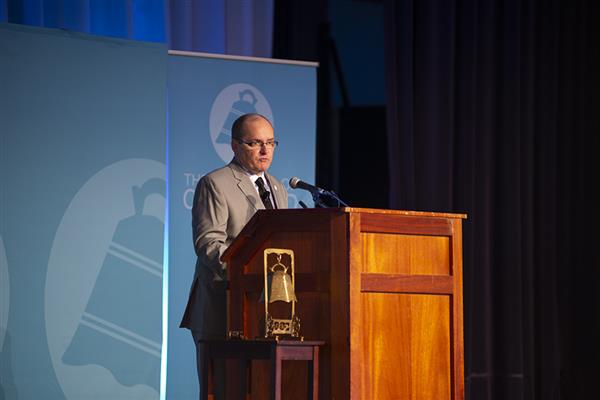 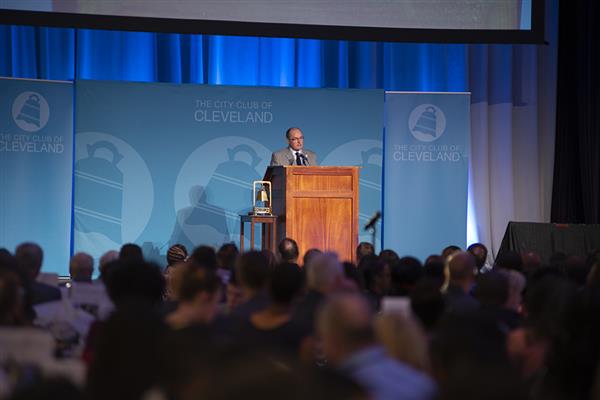 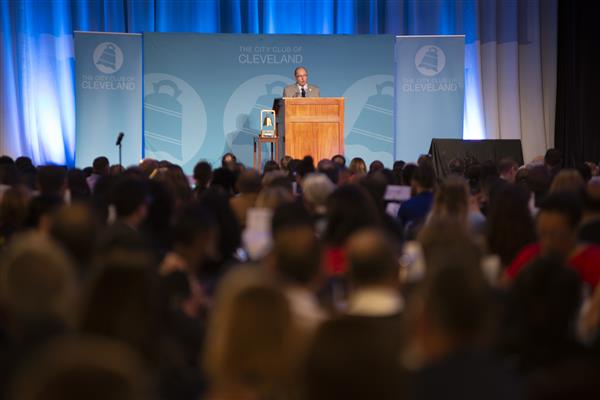 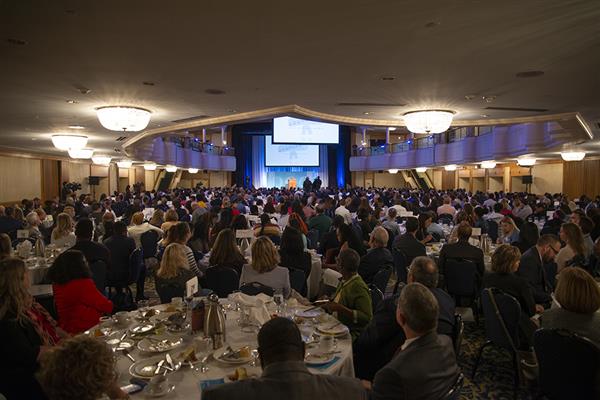 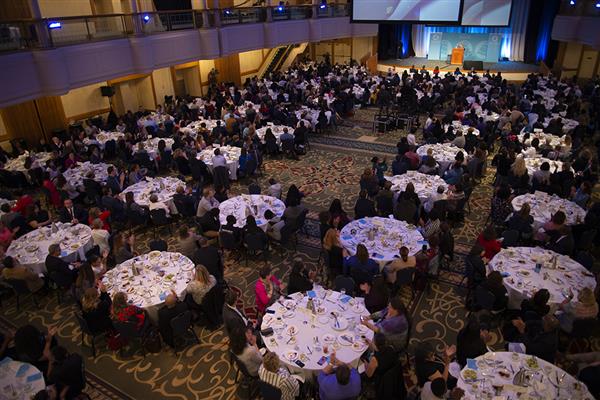 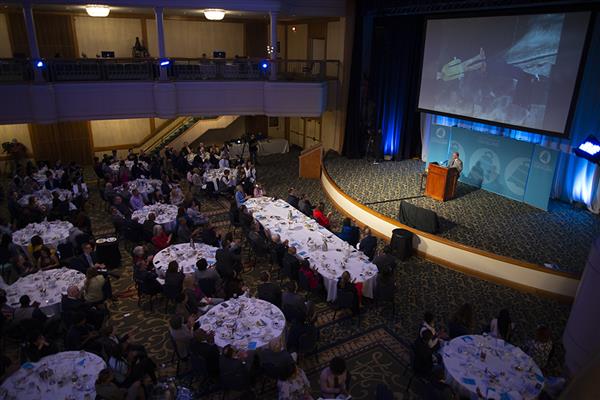 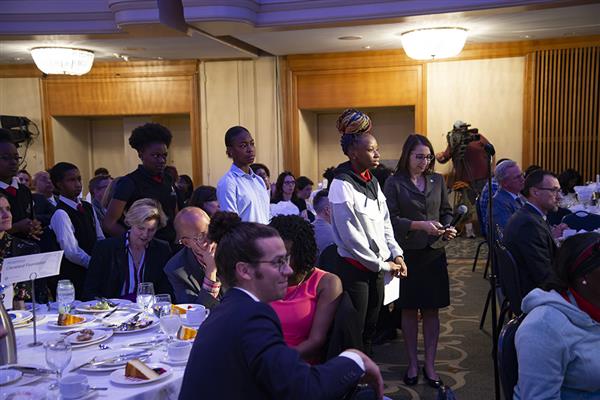 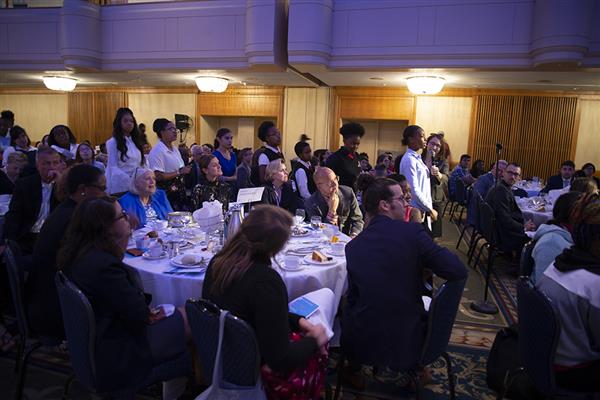 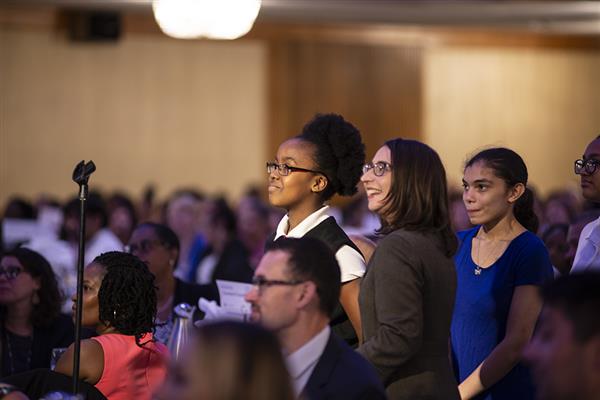 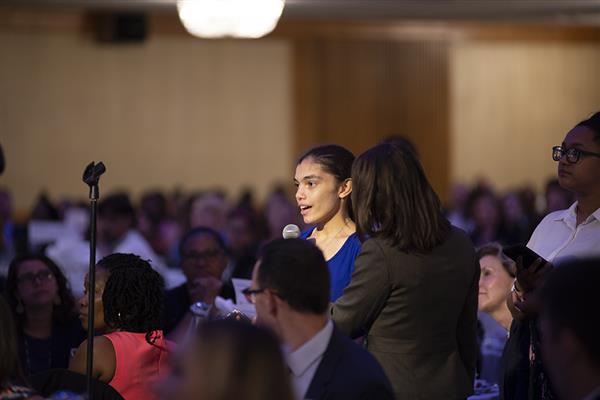 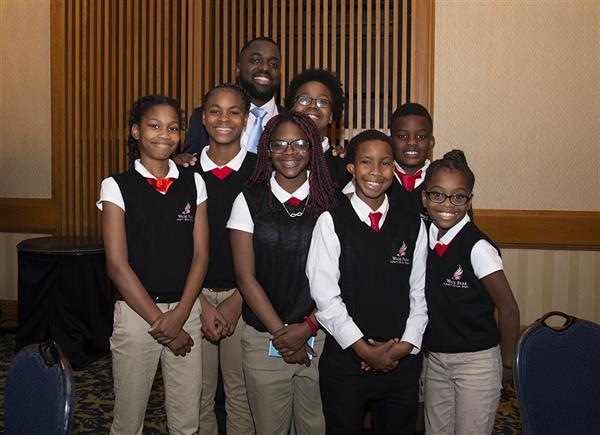 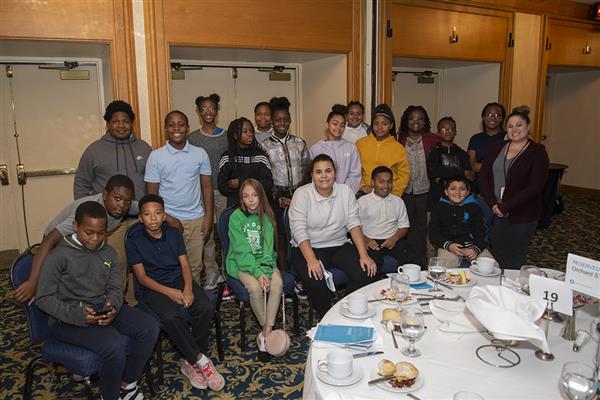 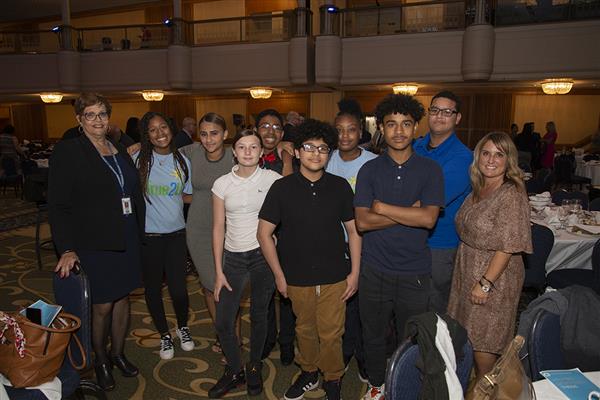 In his speech, hosted by the City Club, Gordon described that progress by using references to the laws of the 17th Century physicist and mathematician Isaac Newton. The CEO said the District had, with strong community support, moved from a state of rest to motion.

“In Newton's terms, the mass that is the Cleveland Metropolitan School District is not only accelerating its progress, but it is gaining momentum,” he said.

Gordon cited highlights from the report card, including improvement in K-3 literacy, overall test scores and the graduation rate, which has reached the latest in a series of record highs for the District. CMSD’s growth in those categories outpaced that of most school districts in the state. At times, he punctuated sentences with "That's momentum."

The CEO also peeled back the label of the letter grade to reveal complex learning widely found in “joyful, adventurous classrooms.”

He put faces and names on students and educators who successfully made synthetic fuel for a car, developed an app for the Northern Ohio chapter of the Federal Bar Association, converted and operate school bus that now serves as a food truck, wrote and produced a powerful play about gun violence, performed community service featured in a current Cleveland History Center exhibit and more.

“One needs only to visit a classroom in the Cleveland Metropolitan School District to see and feel the difference, to understand what momentum is, what it looks like in action and what impact these changes are having on the way Cleveland’s kids think, learn and act,” Gordon said.

Jonah Medina, a senior at the John Marshall School of Information Technology, helped create the app and was present for the State of the Schools address. The project helped him prepare for a career in software development that he hopes to study for at the Massachusetts Institute of Technology.

"It was a great experience," he said. "It's not every day a student gets to make something of that importance."

The CEO praised Mayor Frank G. Jackson and the community for plucking the schools from the brink of academic emergency and bankruptcy.

The comeback began with broad support for The Cleveland Plan, a sweeping set of customized reforms that were written into state law in 2012. Gordon also pointed to voter approval and renewal of an operating levy that made the reforms possible and passage of a bond issue that continued construction and renovation of school buildings.

Most recently, the community rallied to raise money for Say Yes to Education, a 25-year initiative that funds scholarships for CMSD graduates and support services to help students and families overcome barriers to success.

The program, which was announced in January, is widely seen as finishing a path that can nurture and guide students from high-quality preschool to a choice of school options to college and career. But Gordon said the District will need continued support from the public to keep going.

“To the people in this room and across this community, whose vision and unwavering support brought us here, I am happy to report that the state of our schools is stronger and measurably better than at any time in recent history,” he said. “Each of you helped put the District in motion. So, now let's accelerate the gains we are seeing. Let's build on that momentum."

After the speech, the CEO fielded questions from audience members, including a number of students. About 250 students were present, thanks to table sponsors.

Students asked about the future of high schools that will be the focus of planning meetings that start Saturday and the potential for arts programs that will be addressed in a District arts plan. They asked about help for students who are victims of violence in the community or get in trouble that students with more resources could easily address. He said the District's social and emotional learning program and Say Yes provide such assistance.

One student asked what single change Gordon would make if he could wave a magic wand. He said it would be to remove the false perception of "CMSD stink" perpetuated by people who believe nothing good ever happens in the Cleveland schools.