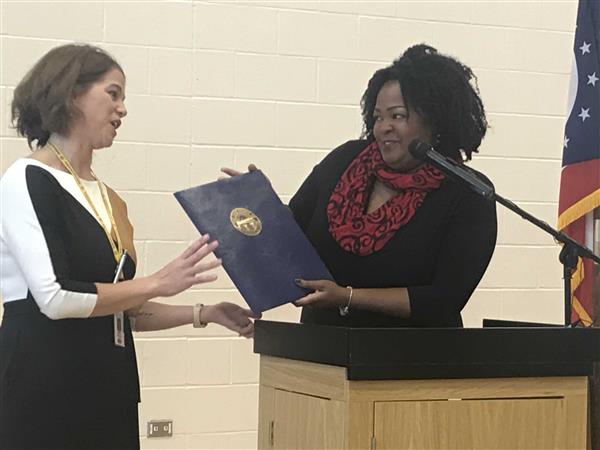 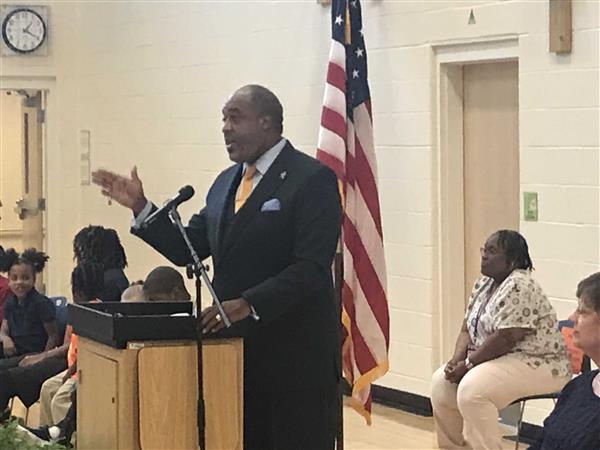 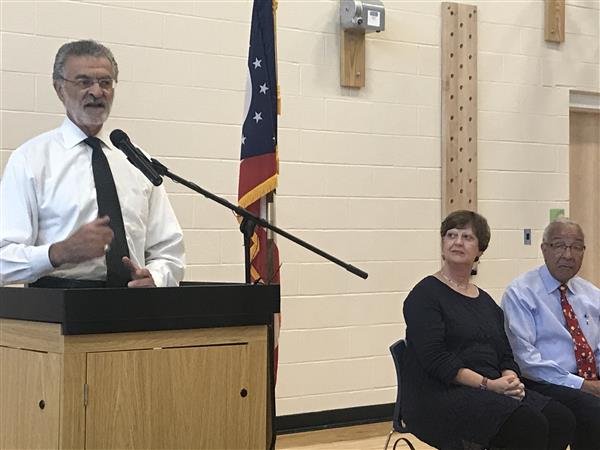 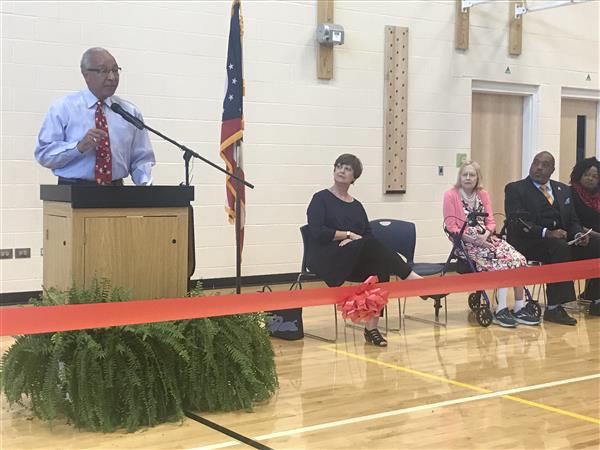 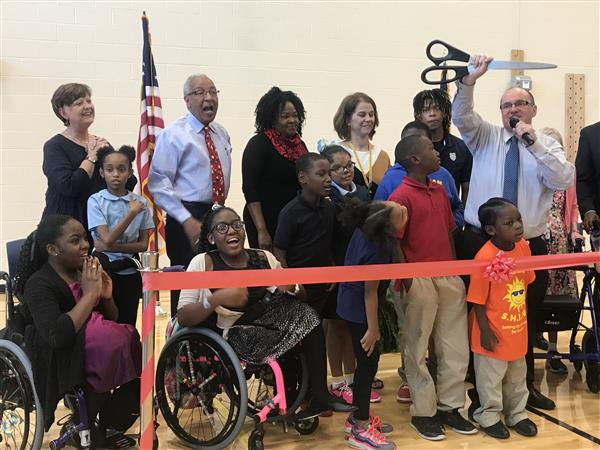 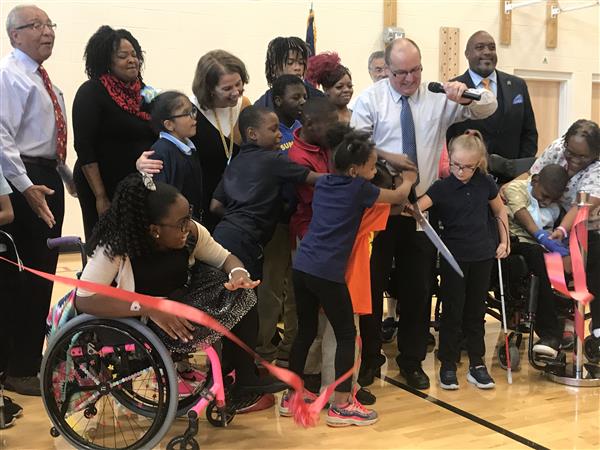 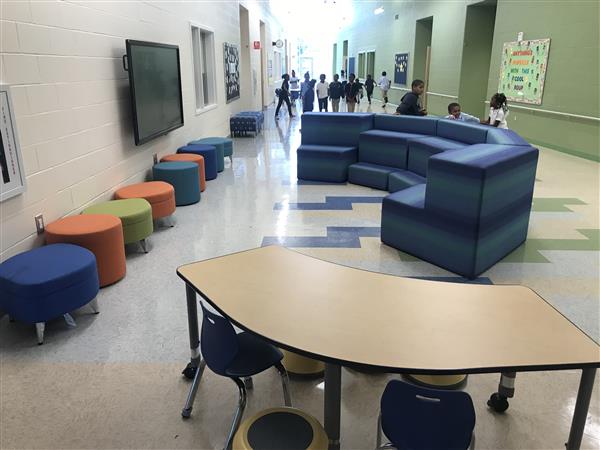 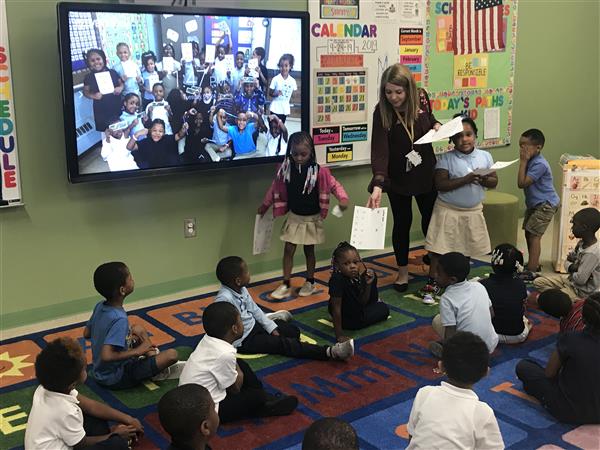 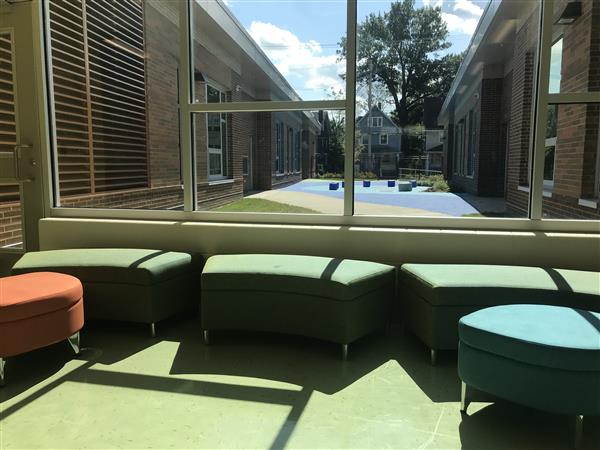 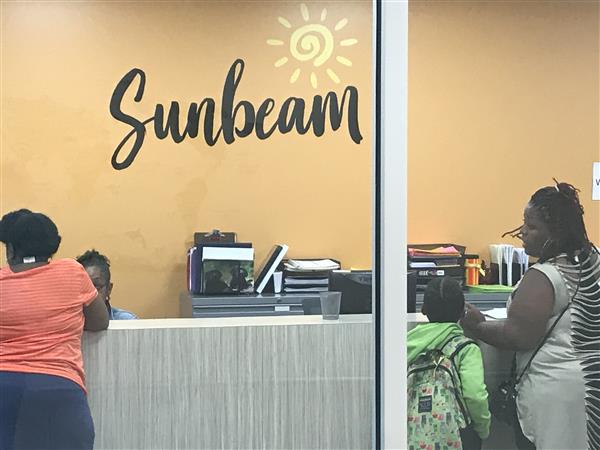 The building spreads out across one floor at the corner of Mt. Overlook Avenue and Martin Luther King Jr. Drive and offers customized features like a therapy pool to serve a portion of the enrollment made up of students who are medically fragile or have other needs. The new Sunbeam also features large touch screens in every classroom and furniture than can be arranged for group work.

Before cutting the ribbon, District CEO Eric Gordon made sure that students were thinking about the Say Yes to Education scholarships that now await graduates of CMSD high schools. Cleveland is the fourth community chapter of Say Yes, which also provides support services in schools to help students and their families overcome barriers to success.

The building is part of CMSD's continuing modernization program. The District has built or fully renovated 49 schools since 2002, with two high schools under construction and scheduled to open next year.

Sunbeam enjoys strong support from the community. Griffin stressed that point during his remarks to the audience.

"We're going to be here for you and make sure you succeed," he said.