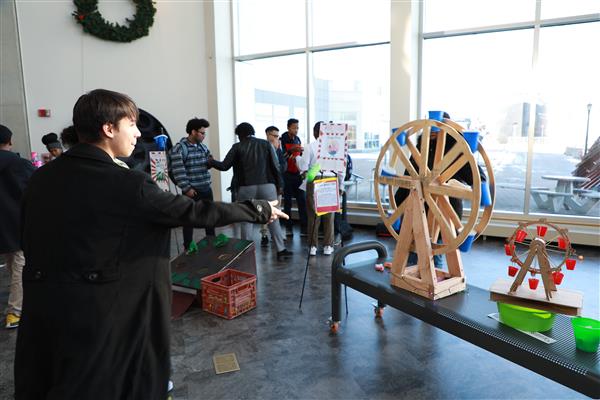 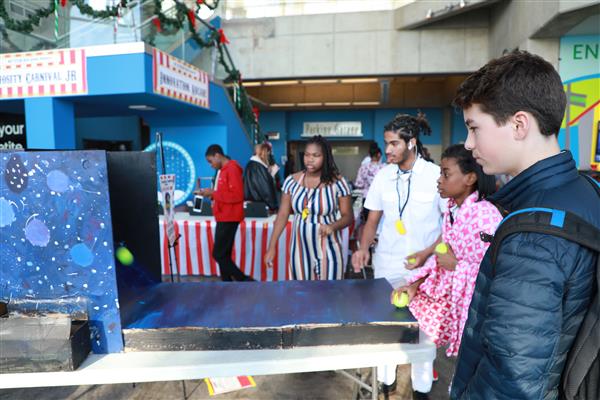 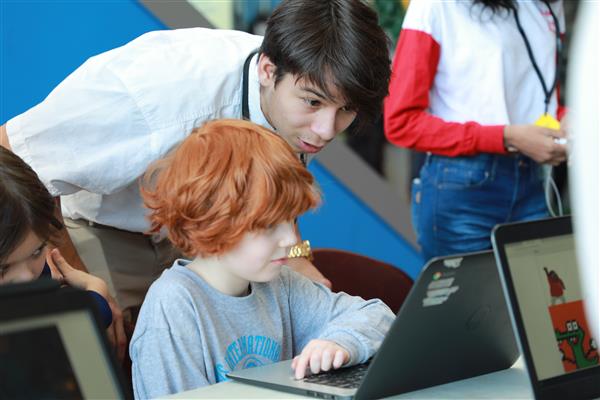 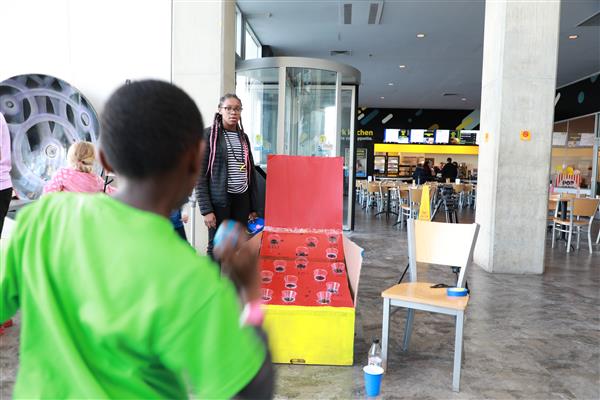 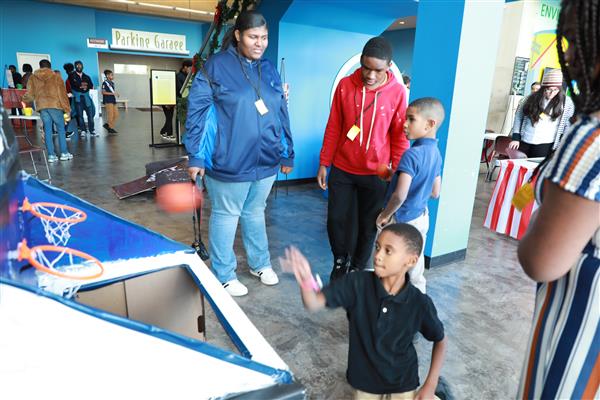 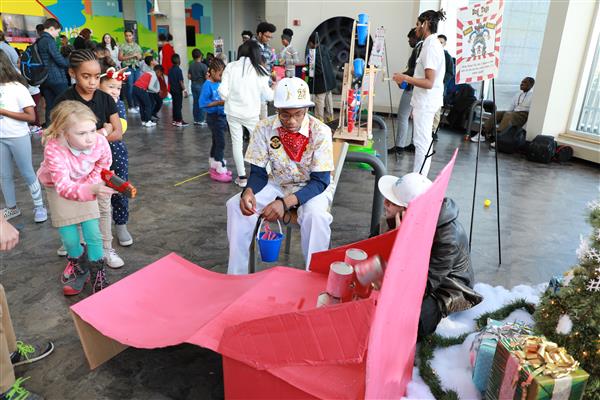 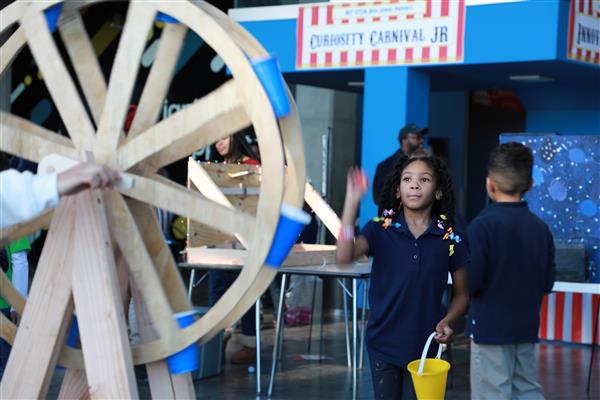 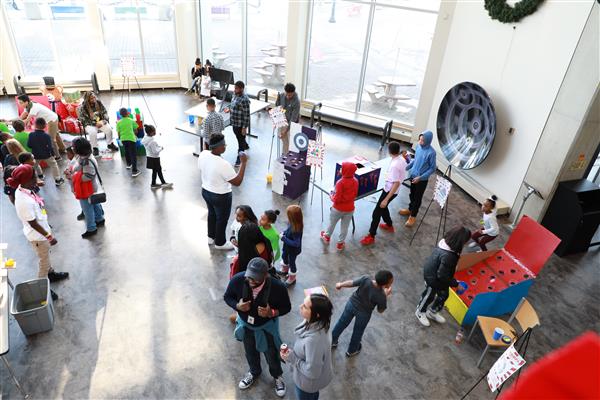 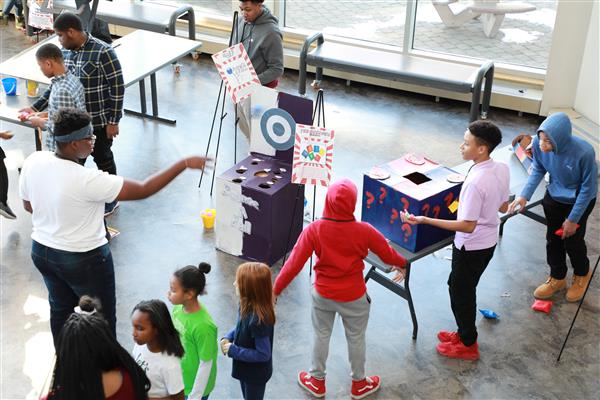 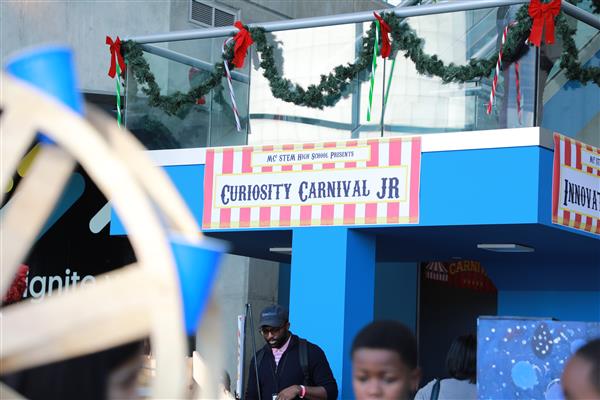 MC²STEM ninth-graders, who attend classes at the Great Lakes Science Center, held a carnival today with games based on the physics concepts and Newton’s law that they are learning in class.

Curiosity Carnival Jr. Featuring the Innovation Arcade is a collaboration with the Great Lakes Science Center.

“The Great Lakes Science Center is running an exhibit called Curiosity Carnival, it is one of their traveling exhibits and we collobrated with the exhibit team to create our own version,” said Principal Feowyn MacKinnon.

Students worked in groups to come up with carnival games using a math or physics concept.

Nelson, one of the ninth-graders, was a part of The Double Trouble team and created the Ferris Wheel Toss.

“The goal is to see how many balls you can throw into a ferris wheel cup in a minute,” said Nelson.

Inside each cup is either a 50-gram or 100-gram weight. “So, when a person throws a ball into a cup, some spin or some move, based on the weight, and it makes it more challenging,” said Nelson.

MacKinnon says all students take a computer science class in ninth grade and must come up with a video game. That is why they added the Innovation Arcade.

“The students have to build a video game as a part of the class and the game must include a character and the character must have a mission,” said MacKinnon.

Second-graders from Campus International K-8 came to the Science Center on Thursday to play the games.

“All the students have to be able to teach their science concept or math concept to second-graders and put it in kid friendly language,” said MacKinnon. “This is something that helps the kids remember the laws and remember the physics concepts they need to learn.”

Nelson agrees: “I will remember this not only because this is my first time doing a school project but seeing the smiles on the kids’ faces. It was a wonderful experience.”