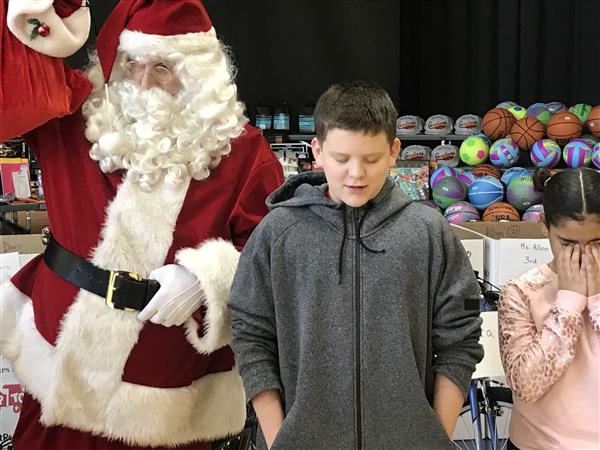 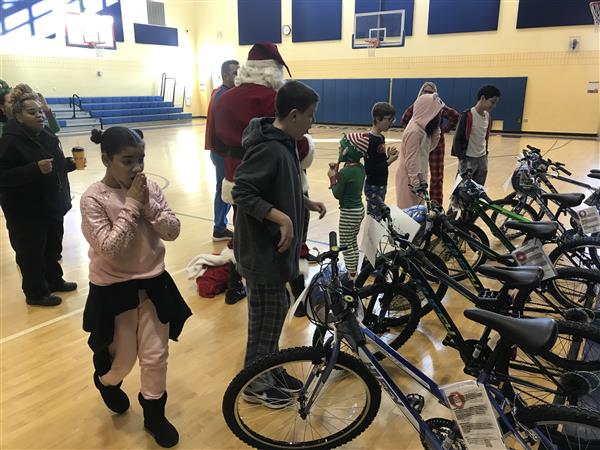 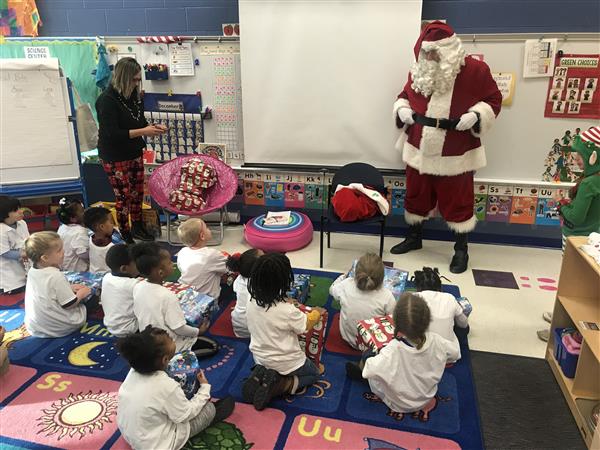 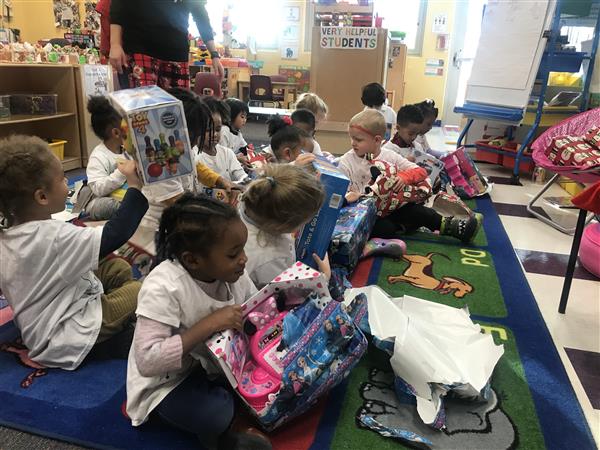 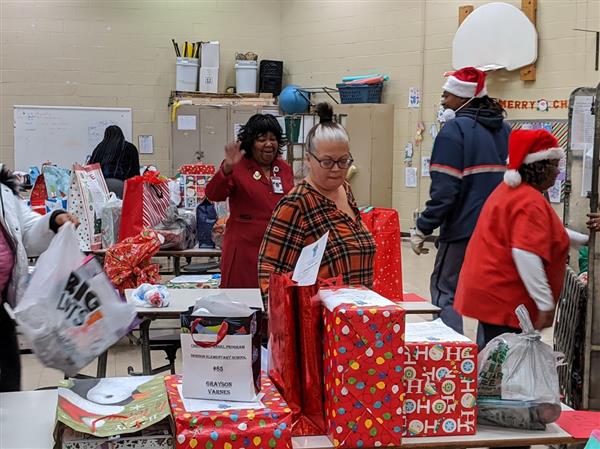 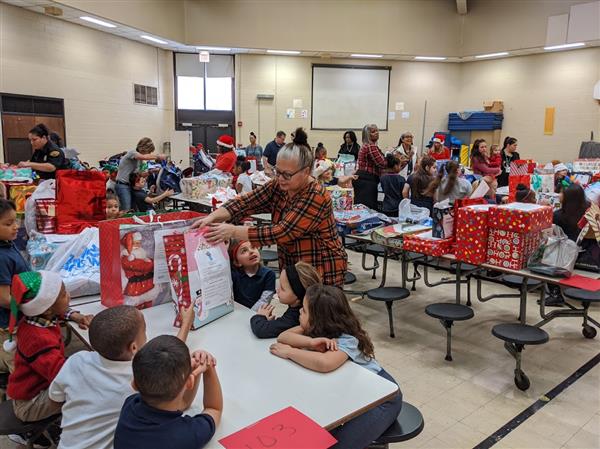 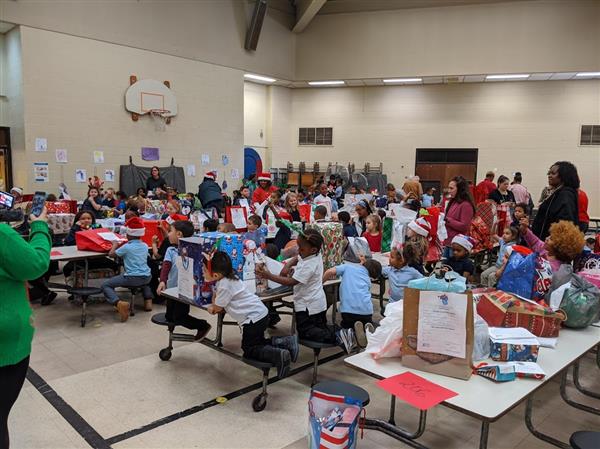 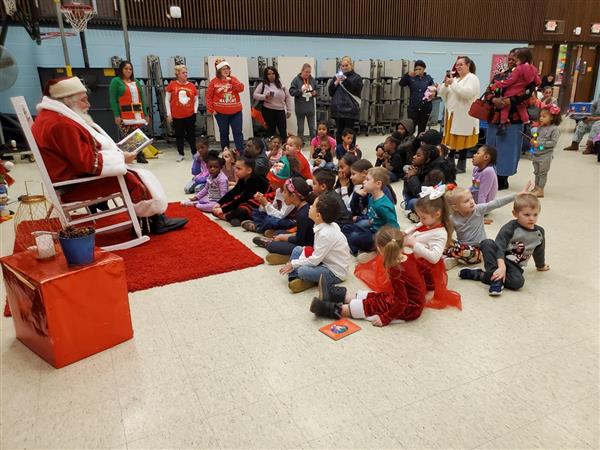 It is hard to imagine finding holiday spirit stronger than the vibe that courses through CMSD schools at this time of year.

The response was stronger than ever, with contributions from Toys for Tots, Dollar Tree, 5 Below and Huntington Bank adding to Szwagulak’s staff and community fundraising. On Friday, The 500 or so tudents received nearly 1,000 gifts wrapped by staff and parents.

Six students  nominated by staff were brought, eyes closed, into the gym and surprised with new bicycles. They gasped at the news.

At Willson School, First Federal of Lakewood supplied 170 gifts, going way beyond filling requests that 70 students put on ornaments they made.

The overflow allowed students to randomly give gifts to other children in the building, which ensured that every kindergartner and first-grader received a present. First Federal also donated non-perishable food items for holiday meals and personal care products for Willson’s “Care Closet.”

U.S. postal workers continued their “Angel Tree” tradition, providing a shipment of gifts to students at a school designated by CMSD.

This year, it was Denison School. A film crew came along to record footage that could become part of “Dear Santa,” a documentary about the thousands of letters that children write to Santa and the Postal Service’s efforts, dating back more than 100 years, to make the wishes come true.

The list goes on. Other examples include a well-attended Breakfast with Santa that Clark School hosted for families. Warner Girls’ Leadership Academy held a similar event, hosting 350 students, dads and father figures.