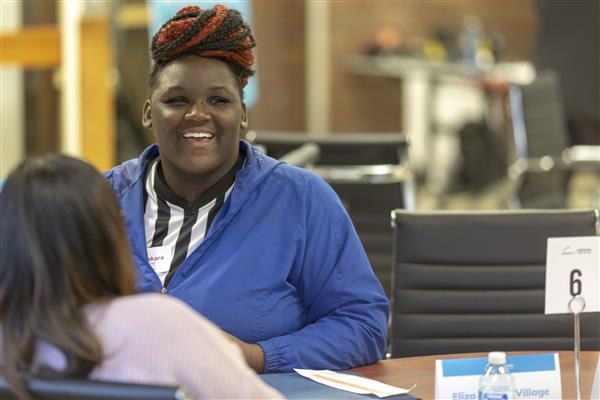 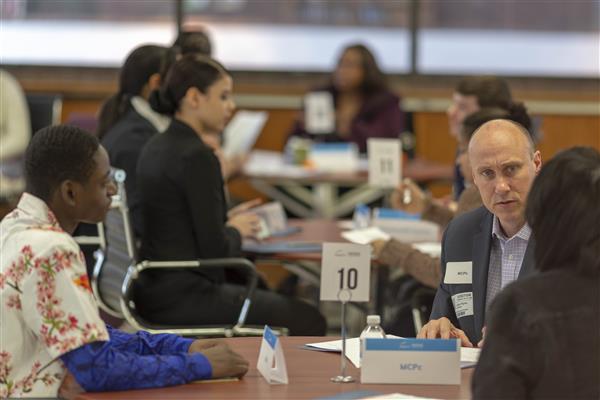 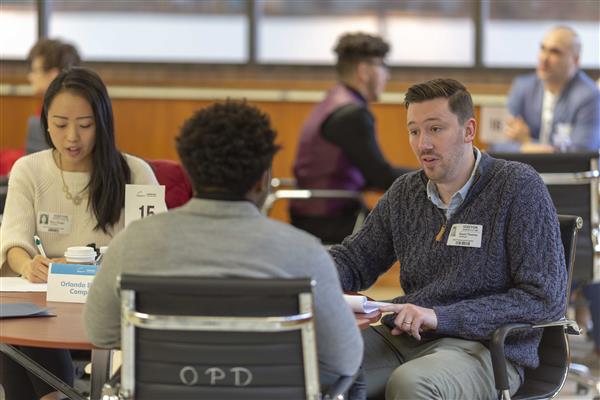 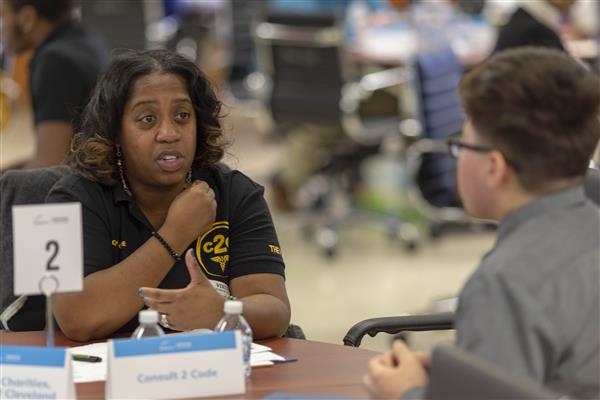 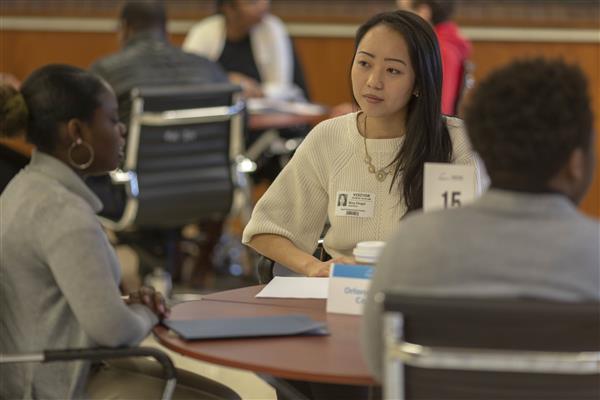 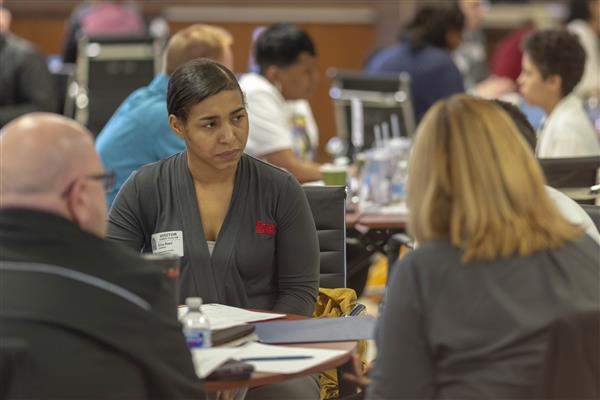 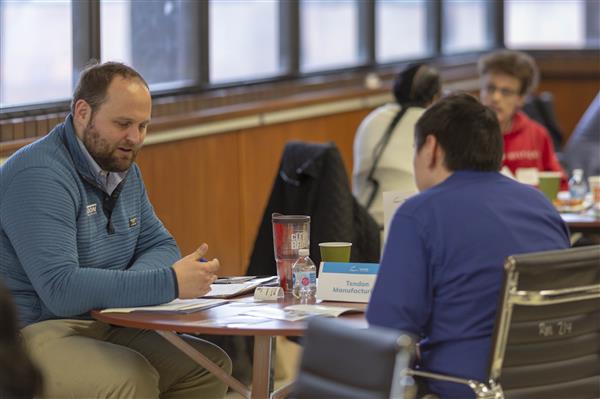 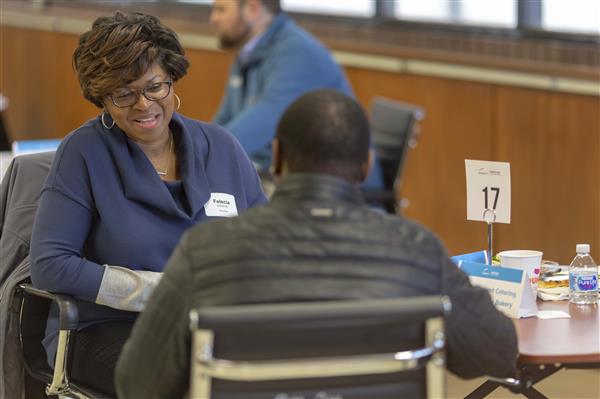 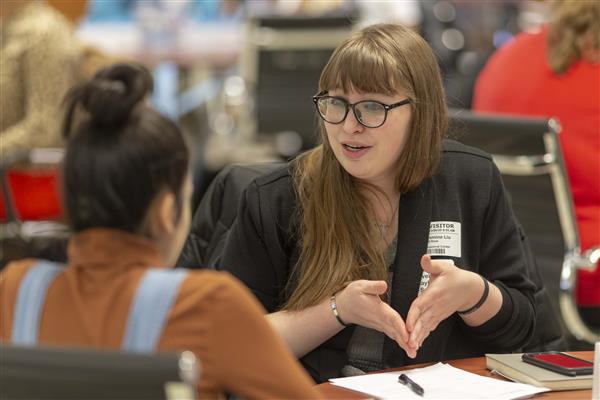 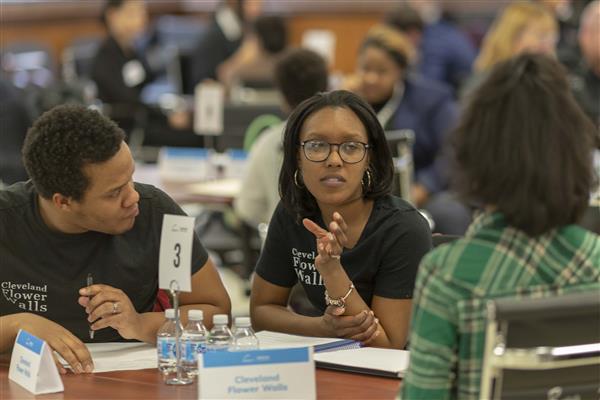 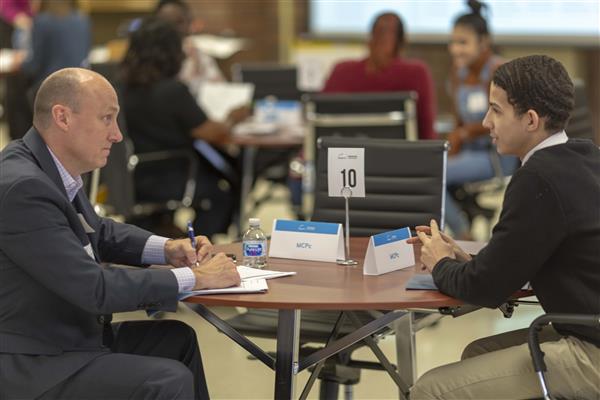 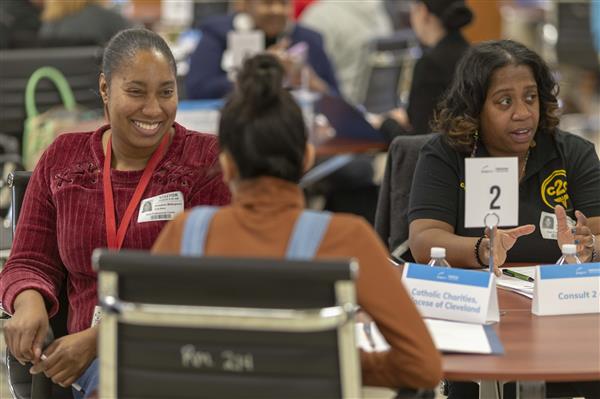 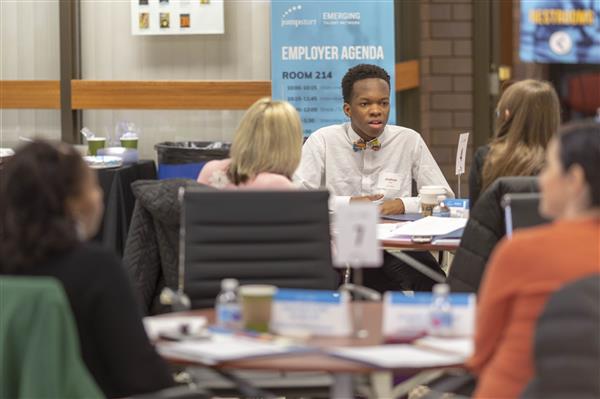 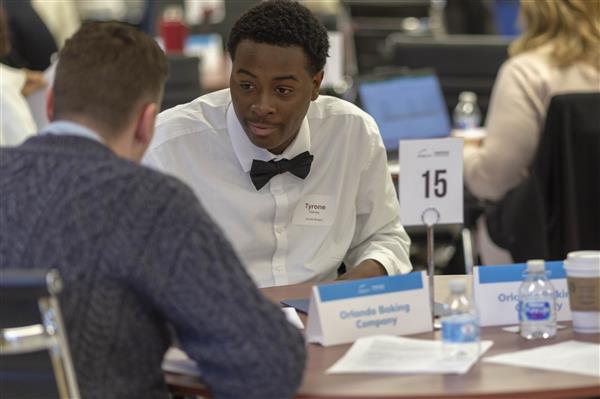 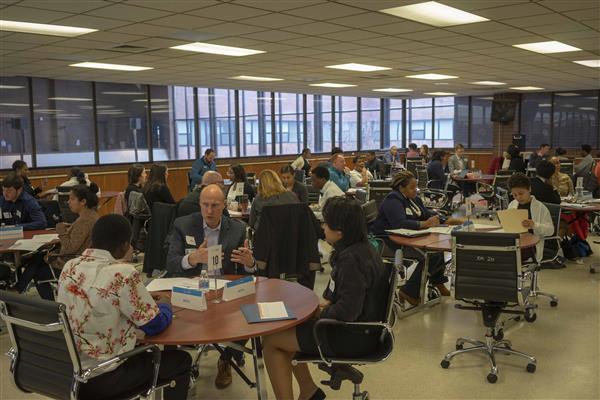 Dozens of CMSD high school juniors climbed the stairs to the second floor of East Professional Center last week. They were making their way to the source of a workforce pipeline.

Representatives of 23 companies and organizations waited to interview the students for eight-week summer internships designed to nurture their interests and possibly lead them to careers.

The nonprofit JumpStart Inc., whose primary purpose is to support entrepreneurs and start-up companies, stages the annual fair as part of its Emerging Talent Network program. The internships match young candidates with employers scratching for help.

“I think it’s difficult for businesses to tap into the youth workforce,” said Kara Carter, JumpStart senior partner for advancement and workforce. “We are partnering with organizations that have track records in the youth workforce space.”

The KeyBank Business Boost and Build Program funds the internships. JumpStart partners with CMSD, Youth Opportunities Unlimited, College Now Greater Cleveland and the Greater Cleveland Partnership to recruit the teenagers and coach them in resume writing and interview skills.

The jobs pay $9 an hour for up to 32 hours of work per week, plus a bonus of up to $250 for perfect or near perfect attendance. Youth Opportunities Unlimited serves as a conduit for the grant money, which covers not only wages but also work clothes and transportation in cabs and vans.

“It was really important that these things not be barriers for the kids,” Carter said. “They often are.”

In the three years of the program, the number of internships has grown from 40 to 60 to the current 75.

Employers with tables at the fair included names such as the Greater Cleveland Partnership, Crowne Plaza hotels, MCPc, Orlando Baking, the MetroHealth System and University Hospitals

Students had 10 minutes to make an impression, then rotated to another table. Derrick, a junior at Rhodes College and Career Academy, went looking for jobs in the culinary, hospitality or manufacturing industries.

“Hospitality will help me work on my people skills,” he said. “Manufacturing is a hands-on skill people can use.”

Laverne Peakes, a program manager for the Eliza Bryant Village senior care community, was impressed by the students she had spoken to about jobs such as personal care assistant and nutritional aide.

“They interview very well,” she said. “Some of them have experience – they have been volunteers.”

Stacey Stoudemire, owner of Simply Elegant Catering, interviewed candidates to prepare food, stock shelves and ring out customers at the Simply Vintage Bakery Café, a new “Panera-style” takeout restaurant she is preparing to open on the East Side near downtown.

Stoudemire said a number of the students had “game plans” that included going to college on the Say Yes to Education tuition scholarships now available to CMSD graduates. She said she had hired District students in the past and been pleased with the results.

“The kids were on time,” she said. “They learned very, very fast.”

Daniel, who attends Jane Addams Business Careers Center, stopped by tables for Simply Elegant and other food businesses because their openings align with his goal of becoming a chef and someday operating a Caribbean-infused restaurant. He said he likes the pace of the work and the “energy of the kitchen.”

“I felt really comfortable in my interviews,” he said. “I think I will be one of their options.”

JumpStart will hold another fair in April, this time for CMSD seniors. The seniors will interview for entry-level jobs they can take on after high school.