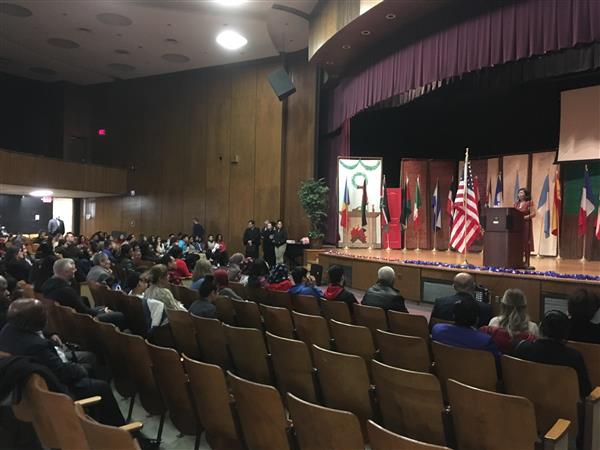 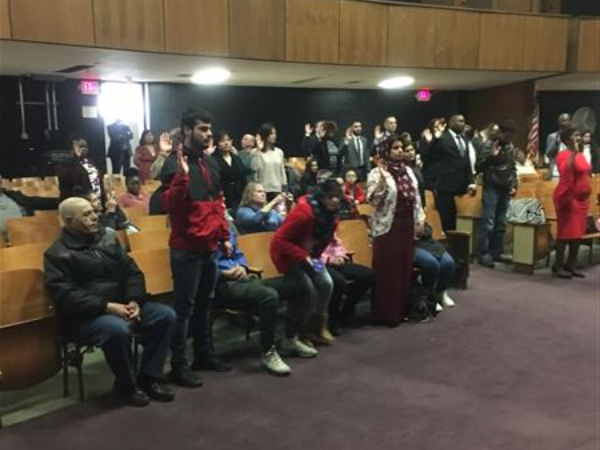 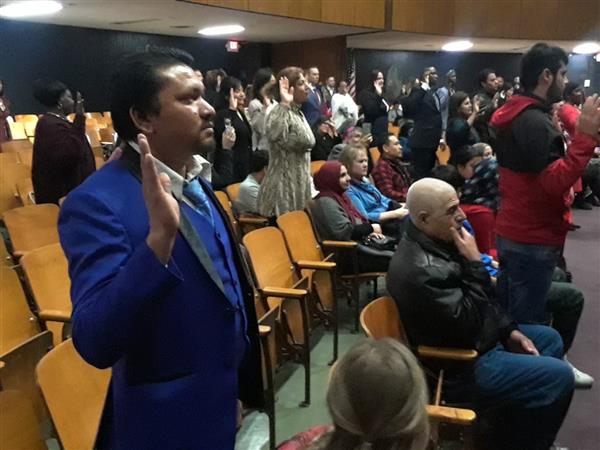 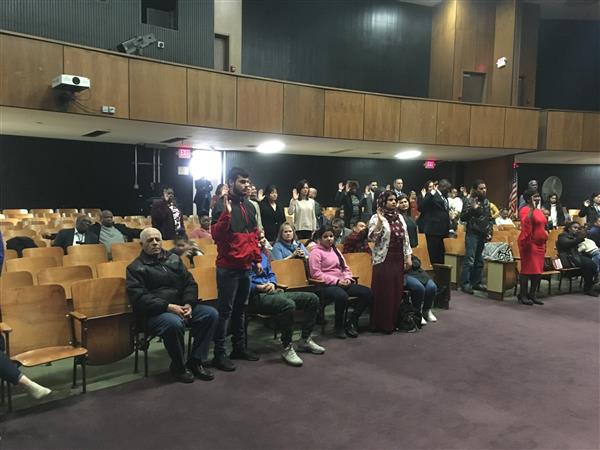 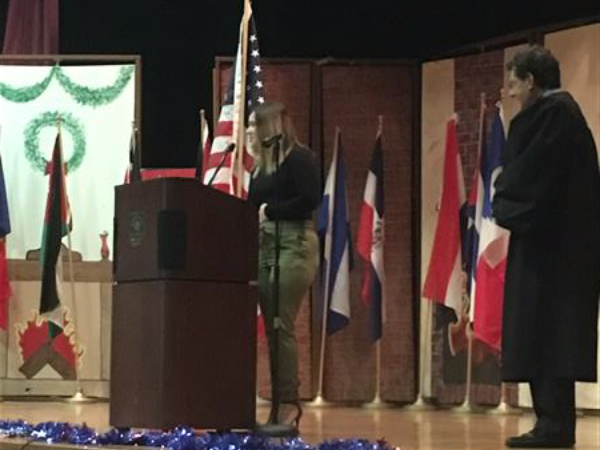 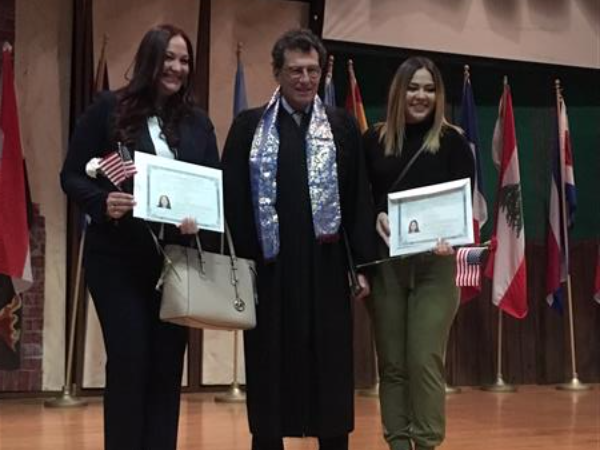 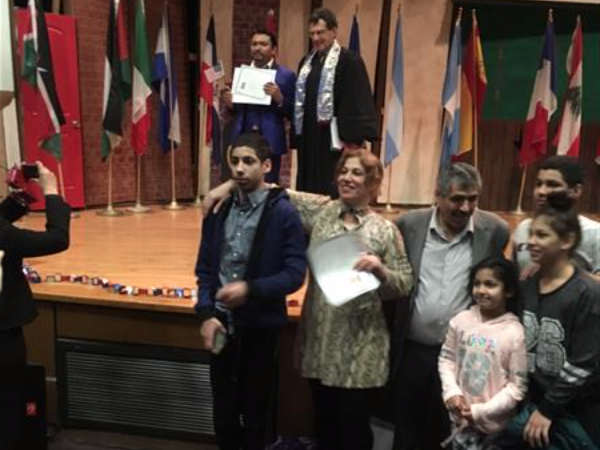 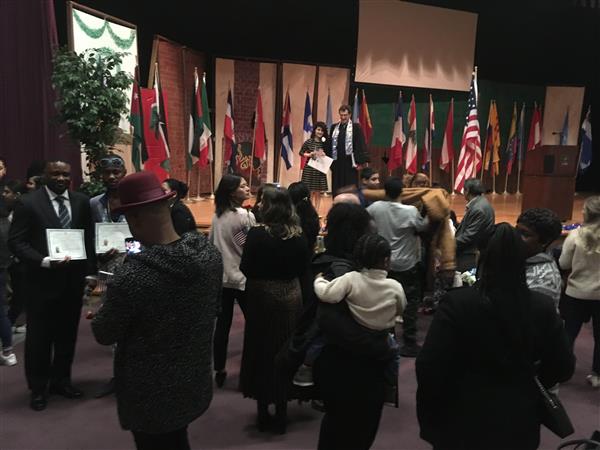 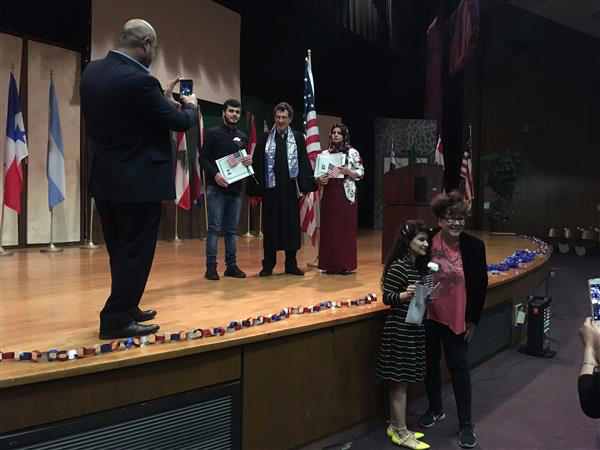 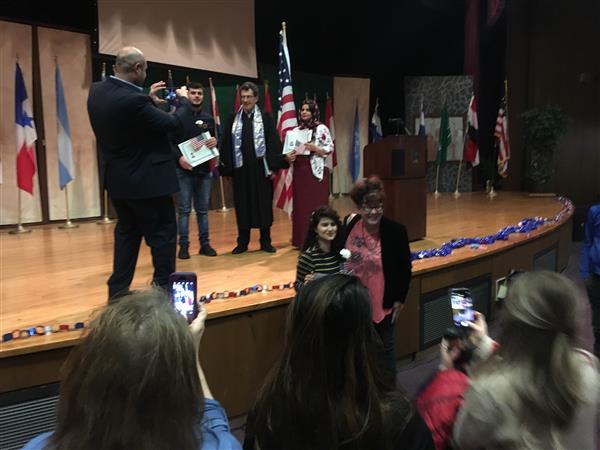 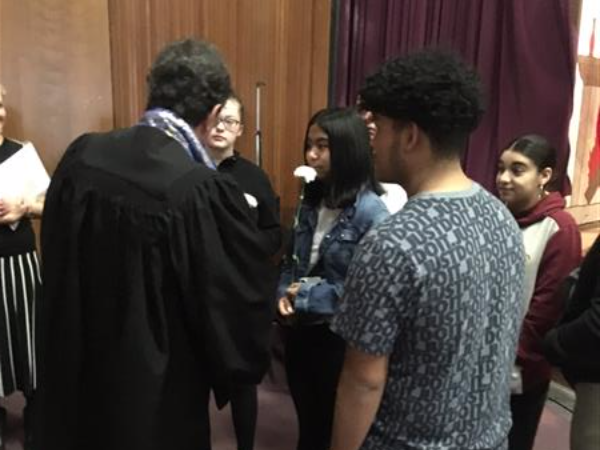 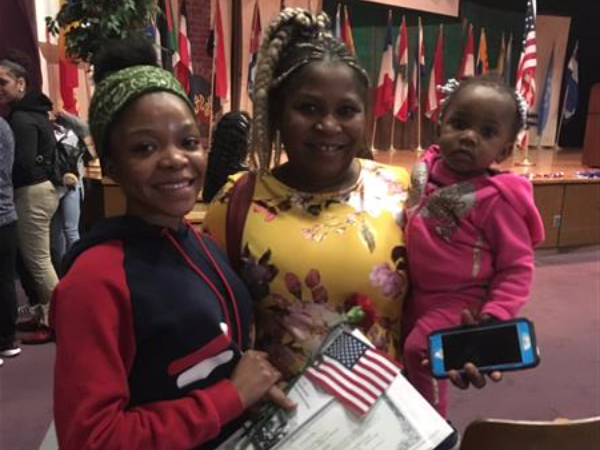 Thirty-one immigrants took a big step Wednesday as they recited the oath of U.S. citizenship before a federal judge.

For students of Milena Wick, an American History and AP American Government teacher at the Lincoln-West School of Global Studies, it was another lesson come to life.

The students looked on and assisted as Global Studies and the Lincoln-West Campus hosted a naturalization ceremony for a third year in a row. They also had a special bond with some of the new Americans, who represented at least 15 countries.

Wick’s students tutored citizenship candidates for their test through Building Hope in the City, which offers legal, resettlement and other services to immigrants and refugees. Through that community work, they learned firsthand about immigration and the path to citizenship.

“I try to do real-life experiences with kids,” said Wick, whose students observed an Ohio appellate court hearing held in the Lincoln-West auditorium in November. “That’s what works best.”

Many Global Studies students are already familiar with immigration and its challenges. Principal Irene Javier estimates that more than a third of the near West Side school’s 400 students were born outside the United States.

One of the tutors, a Global Studies junior named Sujan, knew how much the ceremony meant to the participants. He took the oath a year ago at the federal courthouse in Cleveland.

“It’s really important,” said Sujan, whose parents, originally from Bhutan, brought their family to the United States nearly eight years ago after living in a refugee camp in Nepal. “Now I actually belong somewhere.”

Brenda Vera, who emigrated from Argentina when she was 7, graduated from Lincoln-West High School in 2011. She had been eagerly looking forward to becoming a citizen.

“It was a goal of mine; it’s a huge accomplishment,” said Vera, who works as a dispatcher for Safelite AutoGlass. “I’m so excited I’m shaking.”

Another new citizen, Gaelia, is originally from the Congo. She will graduate this year from CMSD’s Cleveland School of Architecture and Design and hopes to make a career out of modeling or acting.

Judge Dan Aaron Polster told the group that his ancestors came from Russia for the same reasons they did, to gain political and economic freedom and to build a better future for their children and grandchildren.

Polster praised the immigrants’ for their tenacity and determination. He also apologized for the unfriendly climate immigrants now face in a nation that historically has prided itself on being a melting pot.