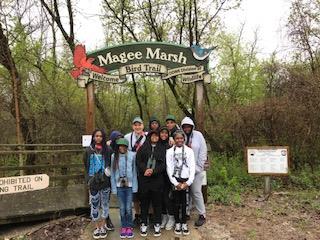 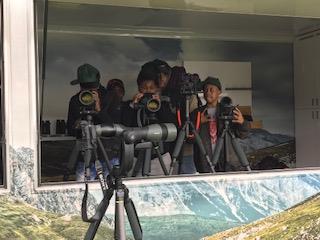 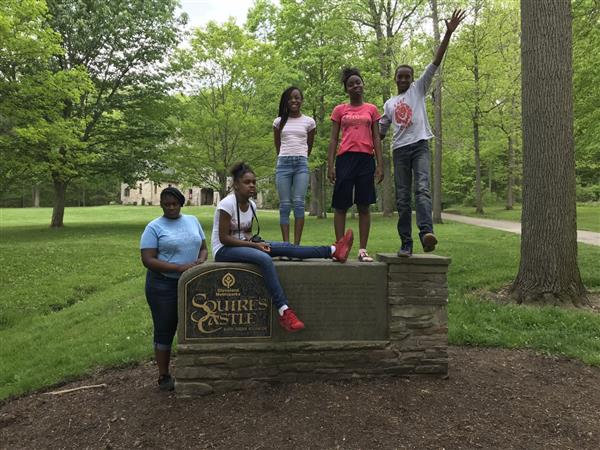 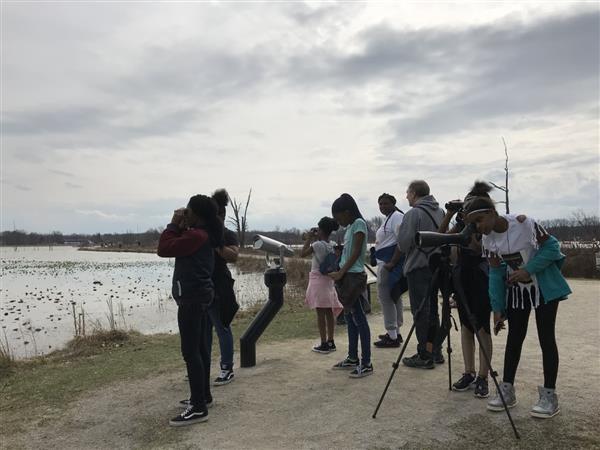 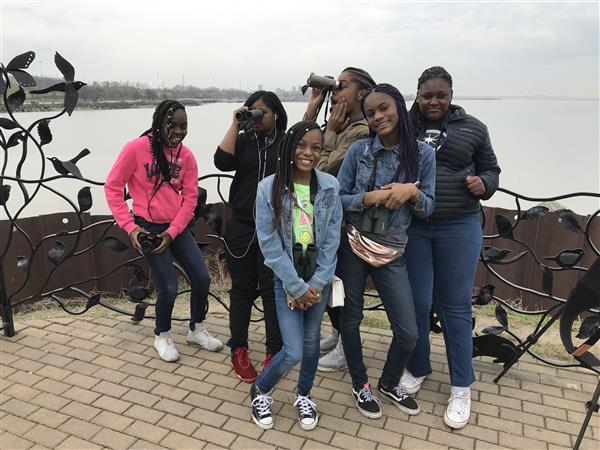 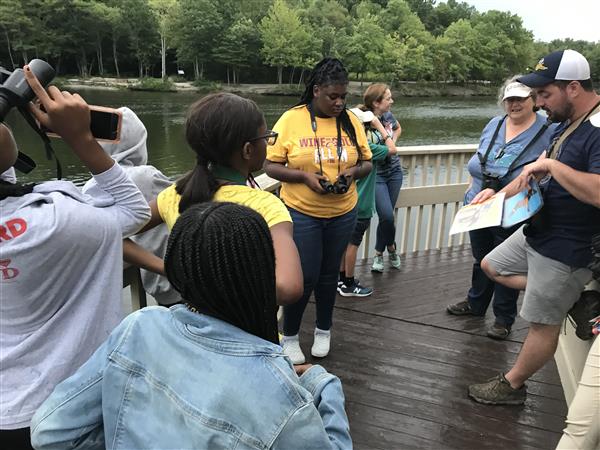 The Bird Nerds at East Clark School should have traveled to Northwest Ohio last month for an event they had been looking forward to all year: The Biggest Week in American Birding.

The COVID-19 outbreak ruined those plans, but an outpouring of donations – about $8,000 – to fund the trip and other activities for the group next school year should more than soften the blow.

The money came in after a high-profile incident in New York’s Central Park. A black birder asked a white woman to put her dog on a leash, as required in an ecologically sensitive area known as The Ramble. She called police on him.

In the uproar that followed, a group of black scientists known as #BlackAFinSTEM drew attention by declaring a #BlackBirdersWeek. Chris Collins, who maintains a blog and Facebook page for the Dayton-based Rogue Birders, contacted his friend and Bird Nerds guide Richard Banish to ask what he could do for the young black bird enthusiasts at East Clark.

After learning about the canceled trip, Collins made a pitch on Facebook for donations to buy the students T-shirts reading “Bird On.” He raised more than enough, with contributions totaling $2,600.

Separately, another Banish contact, Cleveland Metroparks Naturalist Jen Brumfield, started a GoFundMe appeal to buy supplies for the Bird Nerds and pay for transporting them to field trips. Striving for a goal of $1,000, she collected $5,350.

“The birding community is strong and stays together,” said Banish, an East Clark science teacher who has spent more than 30 years with CMSD. “It just started to grow as if it was on steroids.”

Brumfield, a leader among Northeast Ohio birders, saw the drive as another demonstration of the birding community’s inclusive spirit. She added that supporting the Bird Nerds is an investment in that community's future.

“I just can’t say enough about their energy and passion,” said Brumfield, who has gone birding with the Bird Nerds and praises their skills. “They are the single most active group of young birders in the county.”

The group has received support from other backers such as the Audubon Society of Greater Cleveland, which awarded a $3,000 grant last year, and Swarovski Optik of Austria, which has supplied $20,000 worth of binoculars. Patterson’s Fruit Farm has provided treats for Bird Nerds meetings.

Banish had worked here and there with students who were interested in birding before organizing the Bird Nerds three years ago. During the past school year, the club consisted of 18 students in the sixth through eighth grades.

The club meets once a week after school and periodically goes birding at sites across Northeast Ohio. The group spent a day last year at The Biggest Week in American Birding – actually the festival runs 10 days – in what is billed as the “Warbler Capital of the World.”

Angela, who is heading into the ninth grade at CMSD’s Cleveland Early College High School, joined the Bird Nerds the year it formed and discovered a hobby she plans to keep for life.

“I didn’t know anything about birds, but I love to try new things,” said Angela, who quickly riffles through breed names like the Blackburnian warbler, her favorite. “Once, I got into the club, I started to like it more and more.”

Angela’s mother said Angela and a younger sister, Alicia, who also belongs to the club, enjoy birding and are disappointed if they have to miss activities.

Jim McCarty, a former Plain Dealer reporter who wrote about birding, said the East Clark Bern Nerds may be kids but don’t treat their pastime like child’s play.

“They are engaged, focused on seeing birds and serious about the wonders of nature and birds in particular,” he said. “They’re surprisingly good birders, knowledgeable about identification and a joy to be around.”