The partnership will give students who are under-represented in the aviation industry exposure to careers in the field. United hopes to use it as a model and create similar programs in cities across the country.

“United’s commitment to diversity, equity and inclusion extends beyond the boundaries of our airline and into the communities we proudly serve,” said Phil Griffith, United’s vice president of technical operations and supply chain. “This partnership with Davis A&M will enhance the student curriculum, enrich our current workforce in ways we can’t even imagine and offer a pathway for the next generation of aircraft technicians and pilots.” 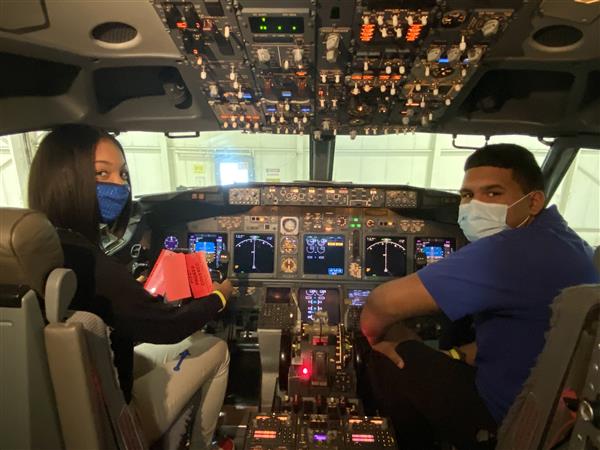 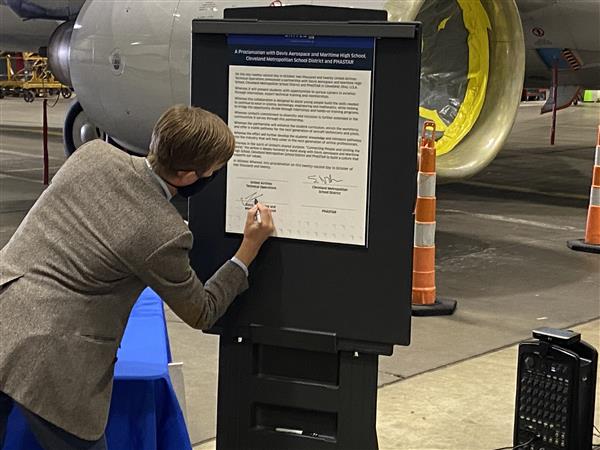 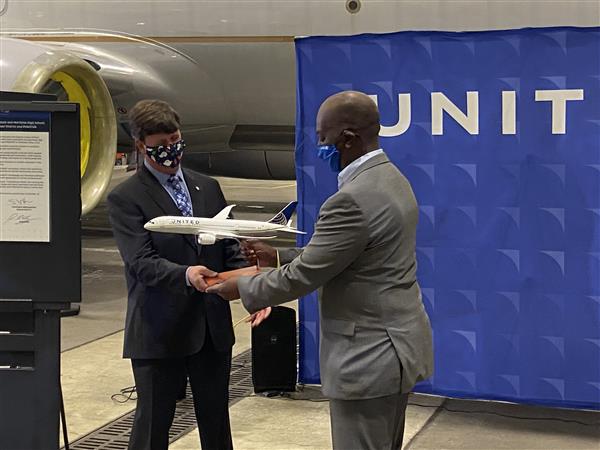 Griffith reached out to Davis A&M after George Floyd was killed in Minneapolis and United, like other airlines, was looking for ways to diversify its workforce.

Griffith discovered Cleveland’s aerospace and maritime school in an internet search. The carrier was intent on creating opportunity. Where better to start than with an innovative school serving students in a city with the nation’s highest rate of child poverty?

“It just all made sense,” Griffith said. “We had a need, and Davis was prepared to help fill that need.”

United and CMSD announced the partnership Thursday in the airline's hangar at Cleveland Hopkins International Airport. Griffith was joined by school district CEO Eric Gordon, Davis A&M Principal Tim Jones and D. Andrew Ferguson, president of PHASTAR, a nonprofit that conceived the concept of the school and co-founded Davis with CMSD.

"The Cleveland Plan, our blueprint for education reform, calls for providing students with real-world experience that serves as a gateway to careers," CEO Gordon said. "This partnership is an outstanding example of how we can expose them to different fields and make them aware of options."

Davis A&M, which opened downtown in 2017 and is preparing to graduate its first seniors, teaches science, technology, engineering and mathematics through the lens of the maritime and aerospace industries. United will strengthen the school’s offerings by:

Griffith said the airline would buy items that are made to the company’s specifications and quality standards. Principal Jones envisions students managing production like a business, calculating costs and setting prices.

“This partnership provides cutting edge opportunities for the students at Davis A&M,” Jones said.  “I can’t imagine a more engaging way to apply math and science to the real world than flying an airplane or running a business.  Thanks to United Airlines, these experiences are now embedded into the core of the school.”

Davis students are excited about the possibilities under the partnership.

"I want to be a commercial pilot for United Airlines," said Demieko Williams, a senior who is already pursuing a private pilot's license. "Working with this airline specifically is putting me in a position I could not describe."

"It's hard to believe," said Gabriel Leonard, a sophomore. "We're getting so many opportunities while we're still young. We haven't even graduated yet."

John Wiitala, United's vice president for technical services, will sit on the PHASTAR board and help shape the vision for the school. Wiitala was born in the Cleveland area and still has family here.

Ferguson, PHASTAR’s president, is a firefighter/EMT, boat captain, airline transport pilot and certified flight instructor and holds a bachelor of science degree in aeronautics and a master's degree in public health. He spent eight years with MetroHealth’s Life Flight service.

PHASTAR has helped the school offer students experiences that include serving aboard a former Coast Guard boat turned into an escort and rescue craft. The nonprofit also has arranged for flight training for a handful of students each year.

When Griffith was researching Davis A&M, he saw a video about Sydney-Marie Flowers. Sydney-Marie, who was present for the announcement, gained notice last year when, at the age of 16, she became the first Davis A&M student to complete her first solo flight. She accomplished the feat in Tuskegee, AL, on the hallowed grounds of the Tuskegee Airmen and school namesake General Benjamin O. Davis, Jr. Sydney-Marie is now seeking a private pilot's license.

"We have worked for more than a decade to create a high school that has real-world links to the excitement and opportunity of the aerospace and maritime industries," Ferguson said. "United's investment and support in our vision, our staff and our kids is confirmation that we have charted the right course."

The Cleveland Plan, which was launched in 2012, is designed give every student access to a high-quality education.

Davis A&M is among a number of school models created to give students a choice. Other high school models focus on the arts, digital arts, science and medicine, early college, information technology, global studies and more.