Manufacturers pitch their jobs to students 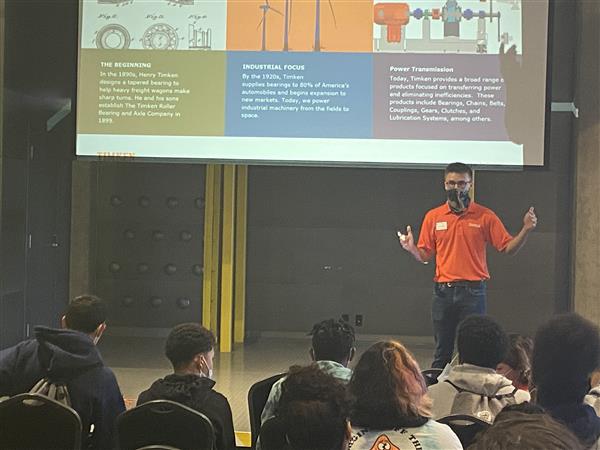 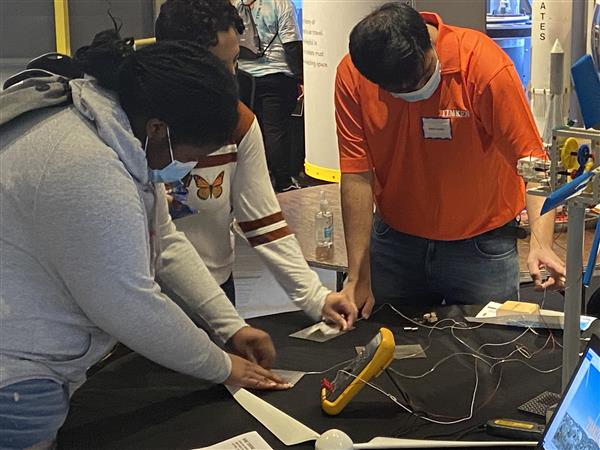 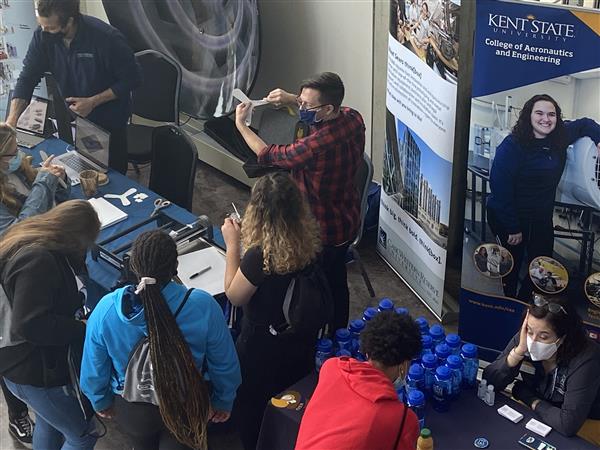 CMSD alum James Clark went to college on a basketball scholarship, but he has left his mark in advanced manufacturing.

Clark, a 1992 graduate of the former West Tech High School, serves as director of quality for Rockwell Automation. He addressed District high school students Monday at a Manufacturing Day at the Great Lakes Science Center, telling them that modern manufacturing offers a variety of in-demand, high-tech, high-paying jobs.

“You are in the right place at the right time,” said Clark, who holds a degree in mechanical engineering. “A lot of opportunity lies ahead.”

CMSD Chief Executive Officer Eric Gordon stressed that the field is wide open for candidates -- male or female, regardless of whether they go to college or choose other training. He asked the students if they had ever heard the phrase “college OR career,” and hands shot up.

“Wrong. It is career, not college or career,” he said. “There are a lot of ways to find your career.”

Markus, an 11th grader at Max Hayes, did not need to be sold. He is already interested in computer-aided design and looking ahead to a future that involves engineering and mathematics.

CMSD is sending a message to all students that even they don’t choose college, they should focus on skilled, living-wage jobs. CMSD is preparing to roll out PACE, a planning and career exploration curriculum, for the sixth through 12th grades.

The Say Yes to Education program, introduced in CMSD schools in 2019, provides District graduates with tuition scholarships not only to colleges but also to Pell-eligible training programs.