State of the Schools links past and present (Video, photo gallery)

CMSD Chief Executive Officer Eric Gordon delivered his 12th and final State of the Schools address Wednesday, saying again that the time is right to pass the baton and let the District’s next leader continue the race.

CEO Gordon announced last week that he will step down at the end of this school year, saying the District’s current outlook clears the way for a smooth transition. Mayor Justin Bibb and the Board of Education will choose a successor.

“Winning a relay race requires far more than simply running,” Gordon told an audience listening in a packed ballroom at the Renaissance Cleveland Hotel and online. “It requires that the entire relay team see the finish line, and that each member is not only prepared for their run, but also for when and how the baton is passed.”

Gordon joined CMSD as chief academic officer in 2007 and was elevated to CEO four years later. He started in the role with a one-year prove-himself contract and became the longest serving superintendent in more than four decades.

Sprinkling credit across the District and community, the CEO retraced the once-failing system’s journey from the brink of state control to a model worthy of national attention.

The pandemic blunted rapid academic gains, but a new state report card shows signs of recovery, including an unprecedented ranking as Ohio’s top-performing urban district. Gordon has said a new CEO will run with the wind at their back, not in their face. 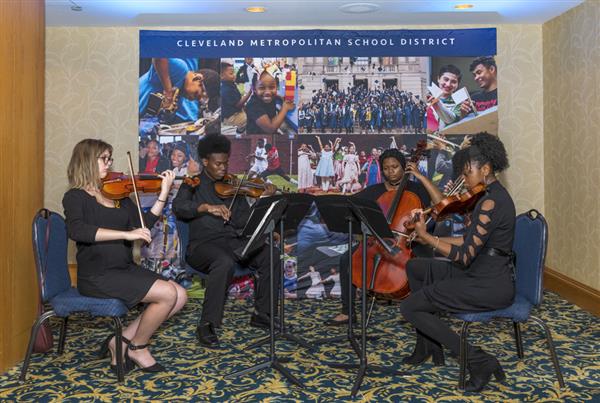 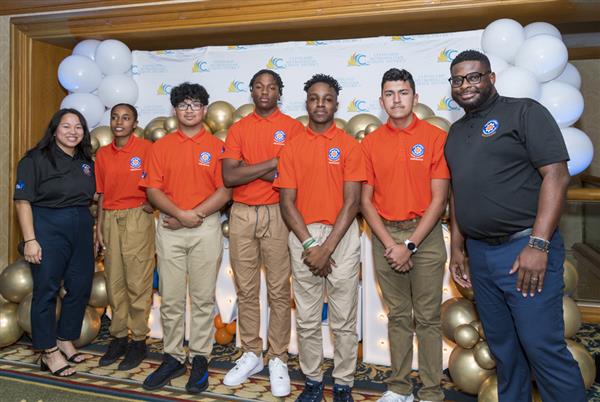 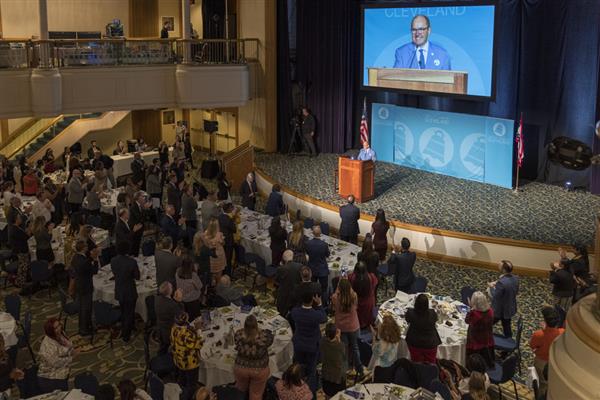 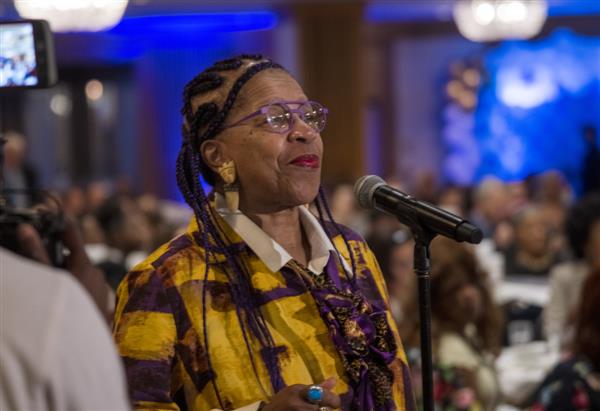 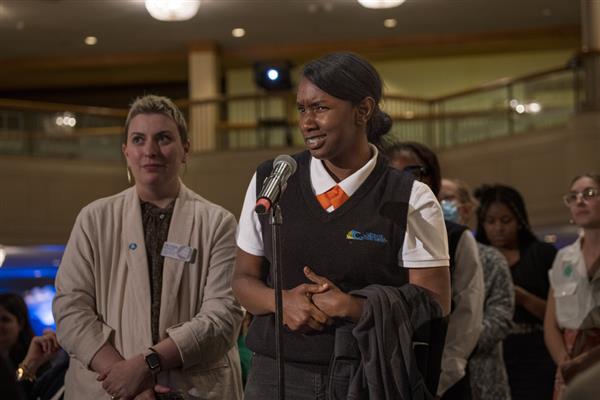 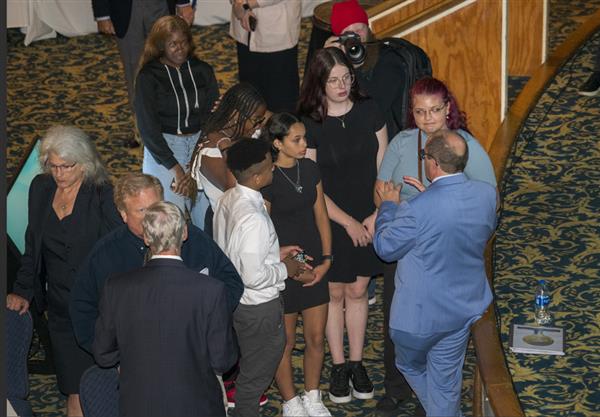 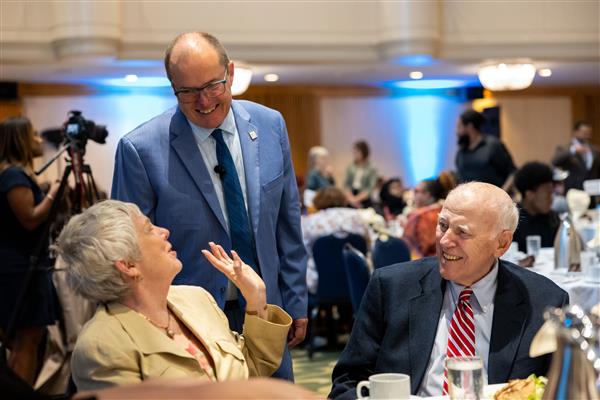 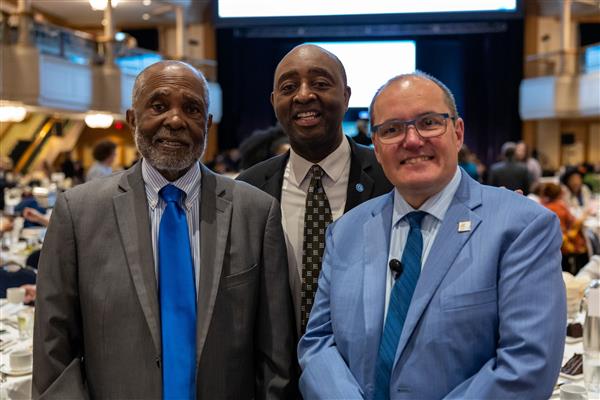 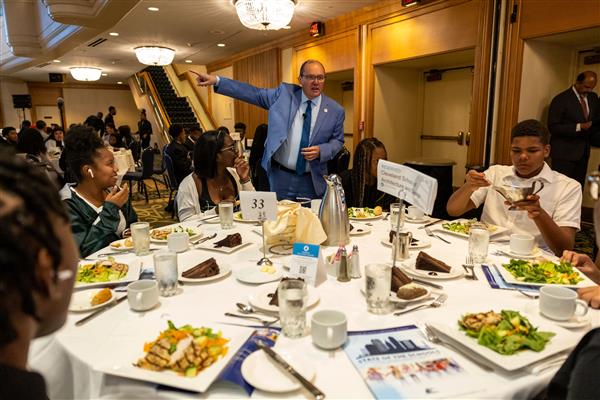 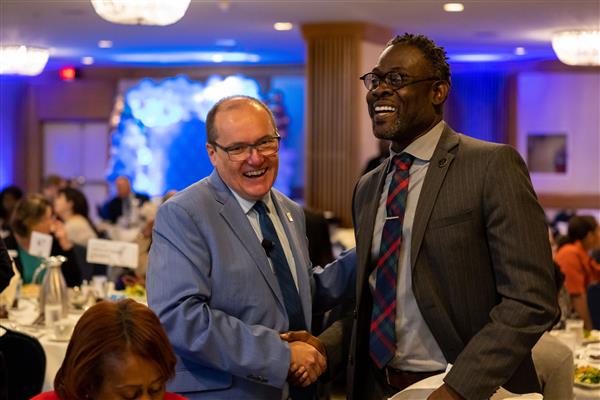 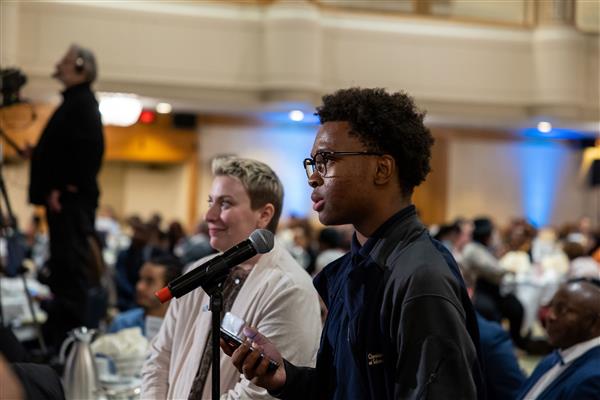 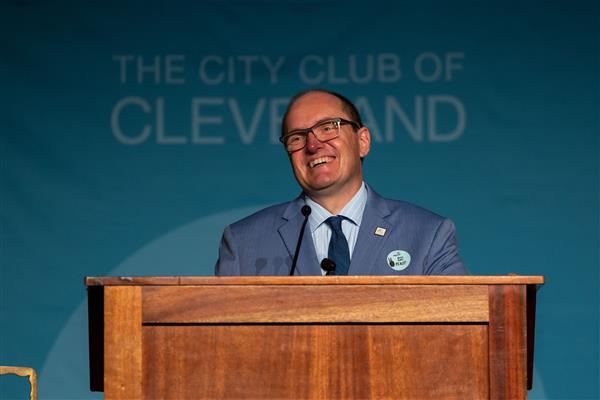 “The conditions of the District are such that, as we look intentionally ahead, it is clear that now is precisely the right time to carefully plan for a successful handoff to the next leader of the Cleveland Metropolitan School District,” he said. “It’s time to pass the baton.”

Gordon’s address began and ended the same way – with a standing ovation from the ballroom crowd.

Board Chair Anne Bingham praised the CEO for his roles in bringing Say Yes to Education to Cleveland, creating the new Planning and Career Exploration, or PACE program, for grades 6-12 and building the relationship with unions.

“And creating public trust,” she said. “He worked tirelessly to do the things he said he was going to do. That is what creates trust, and trust might be his biggest legacy.”

Cleveland Teachers Union President Shari Obrenski said: “I think his biggest legacy will be in the coalitions he has built. He has put together so many people that weren't talking or working together before.  We have formed these very strong ties that will help us bridge that gap to the next CEO.”

Gordon, 52, has said he has no set plans for the future but plans to remain in Cleveland.