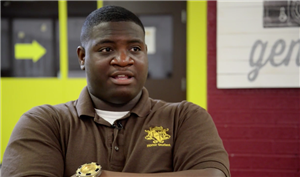 Notable: Attended the former online school, ECOT, but switched to East Tech in 10th grade to interact with peers and get the “complete high school experience.”

Plans for the future: Has enlisted in the Army and plans to make military service a career. After retiring wants to go into social work.

Who besides Tommy deserves the most credit for his success? His parents, East Tech Principal Temujin Taylor, his JROTC colonel and sergeant and a counselor.