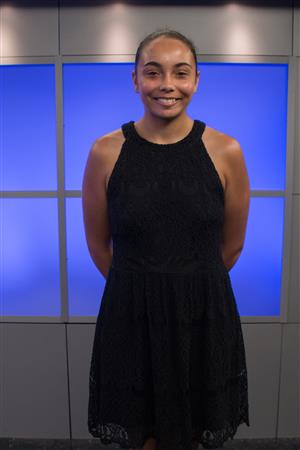 Notable: Appointed to the U.S. Air Force Academy after being nominated by Sen. Sherrod Brown and Rep. Marcia Fudge.

Plans for the future: Study for a degree in behavioral sciences at the Air Force Academy and pursue a career in the Air Force. After retiring from the Air Force, fly commercial airplanes, join a disaster relief group and start a nonprofit organization to help at-risk teen girls become successful.

Challenges faced: Had to get past discrimination and bullying for “scrawny” look and for not owning the newest clothes. Initially wasn’t prepared for the difficulty of high school classes.

Who besides Marissa deserves the most credit for her success? A dad who raised Marissa and her brother, now at Case Western Reserve University. He pushed them to do their best, no matter how difficult things got.

Quote: (On how she adjusted to the rigor of high school.) “I studied a lot harder. I took time away from hanging out with friends. My father was a big motivation to get my grades up. He always had a vision for me to be better and to do better.”