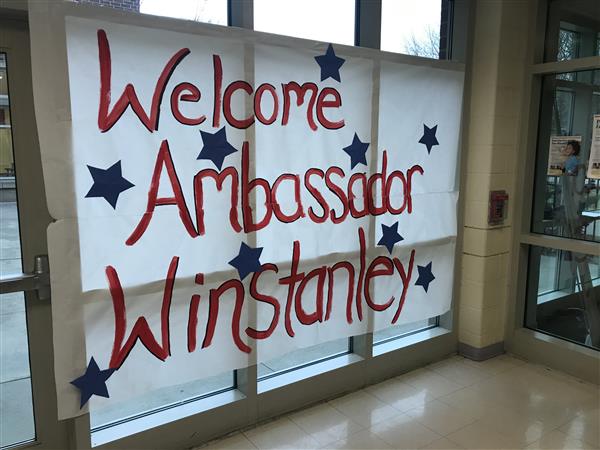 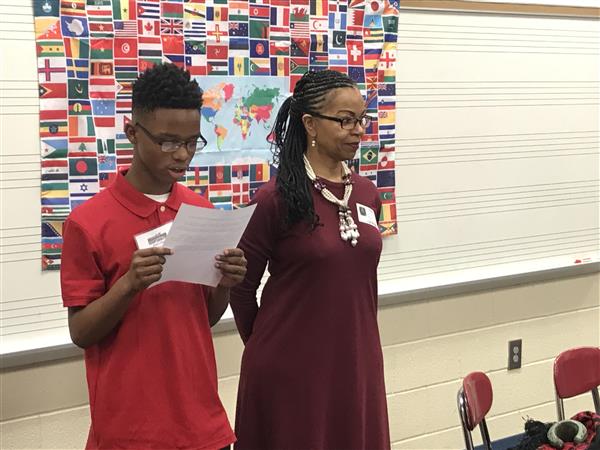 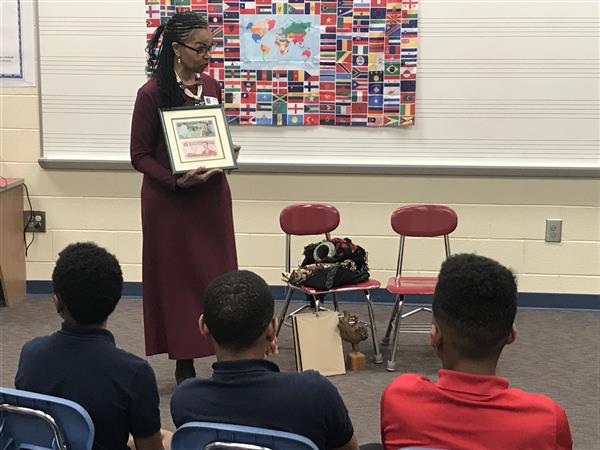 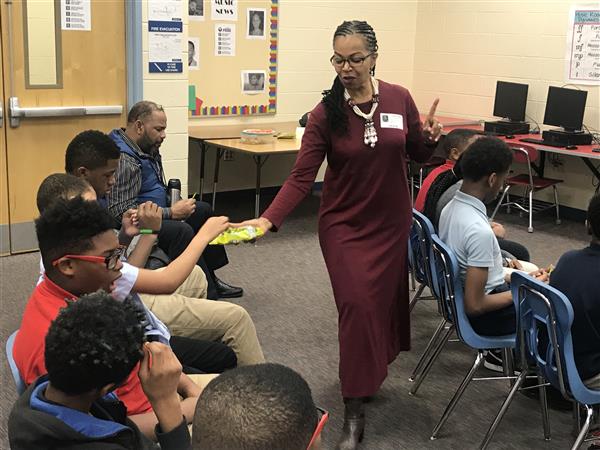 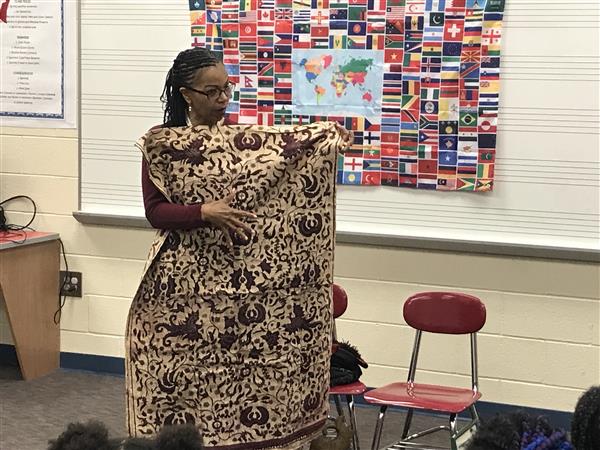 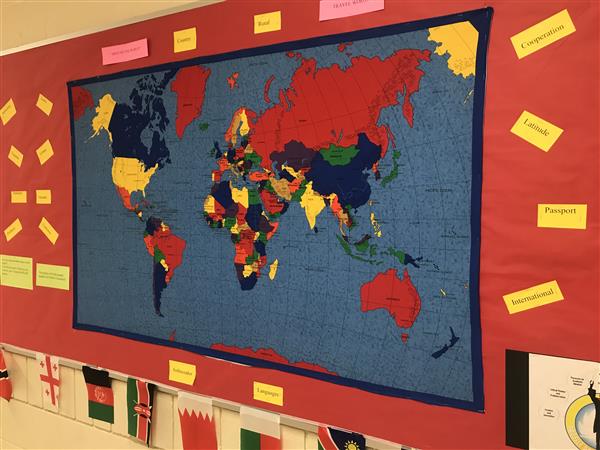 As part of a schoolwide project called "Around the World," children in kindergarten through eighth grade are studying different countries, including their cultures, governments, environments and economies. Next week, students will move from classroom to classroom, sampling food from other nations and getting their "passports" stamped.

On Tuesday, students in the sixth through eigth grades showcased their research for Gina Abercrombie-Winstanley, a former U.S. ambassador to Malta and a Cleveland native.

Abercrombie-Winstanley told the students about her career, which also included diplomatic assignments in North Africa and the Middle East and service in the Peace Corps. She showed them items from other countries, including currency, art and onion-flavored candy.