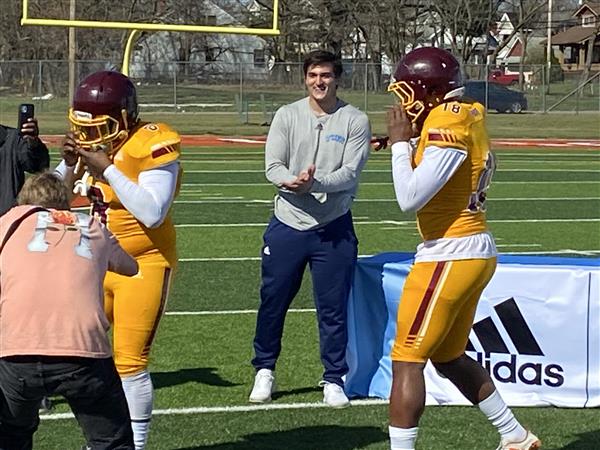 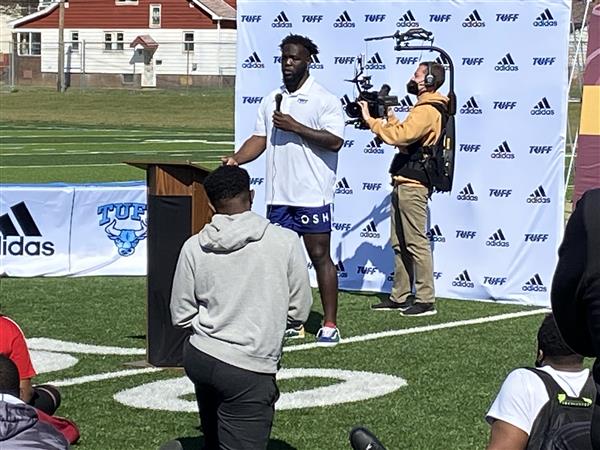 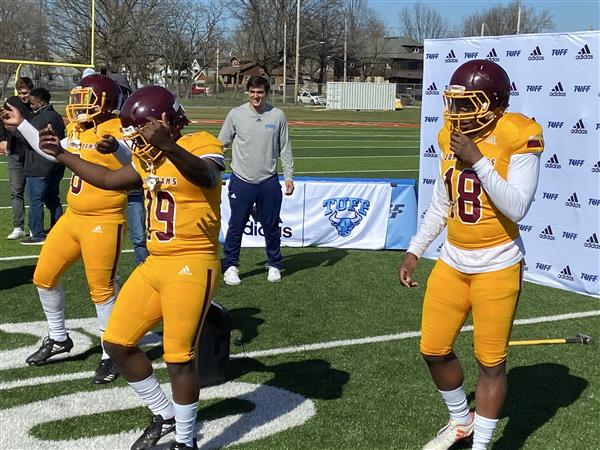 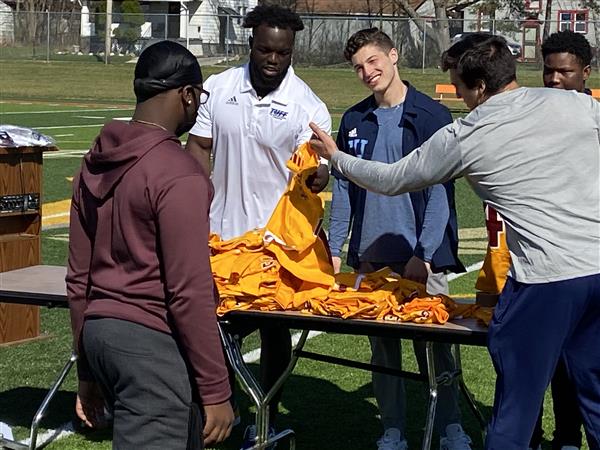 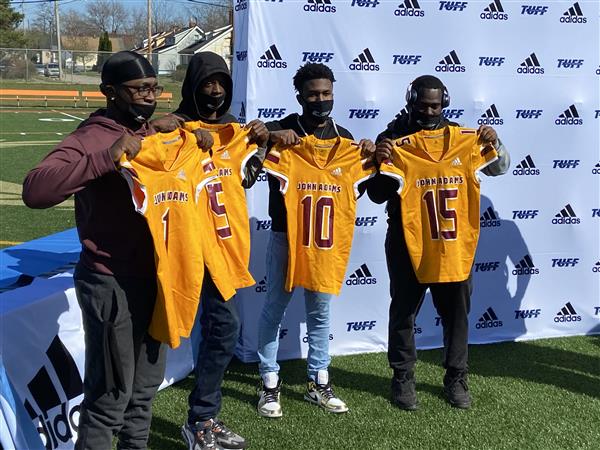 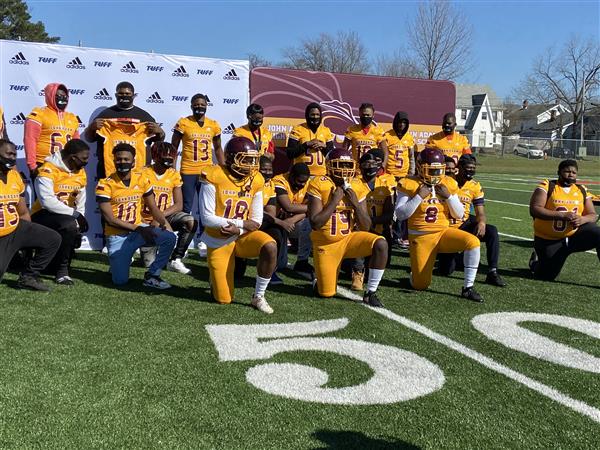 The John Adams football team is being outfitted in top-of-the-line uniforms, and a premier NFL draft prospect helped players celebrate the news.

University of Michigan defensive lineman Kwity Paye, who has been projected as a first-round draft choice, and linebacker Adam Shibley announced the gift Monday at the John Adams stadium.

The donation is from The Uniform Funding Foundation, or TUFF,  a Mentor-based nonprofit that Shibley started after graduating from Cleveland’s St. Ignatius High School in 2017. TUFF provides uniforms and mentoring to youth athletes.

Shibley previously helped out the team with soft-shell helmets for 7-on-7 drills after he met a John Adams player at a summer program. Shibley wanted to help further and reached out to Coach Gary Jackson.

“We immediately fell in love with the John Adams community,” he told players gathered for the surpirse reveal, which was filmed by an NFL Network crew. “I appreciate your commitment to this school and this team. This foundation is here for you.”

Jackson has coached John Adams since 2006, when the school, which had closed 11 years earlier, reopened in a new building. He was moved by the depth of Shibley’s support.

“You cannot imagine how ecstatic I am,” he said. “But this is really for the kids. It is going to mean so much.”

About 20 players turned out for what was supposed to be a team meeting. The group included a few seniors, whose 2020 season was canceled due to the pandemic. A senior defensive lineman named Anthony said he was happy for “my younger guys.”

Desmond, a junior wide receiver and running back, said the future is bright. John Adams not only has a newer building, the school is home to a turf football field that the Cleveland Browns installed in 2017 and now the team has flashy new adidas uniforms and accessories.

"It's going to feel great," he said. "New everything. Everything's changing."

Each TUFF donation is accompanied by one of the foundation’s Tuff Talks, with an athlete or business professional giving an inspirational message to the student-athletes.

In this case it was Paye, who believes someone in his position has a responsibility to give back to youths. He said he learned of Shibley’s mission and wanted to be part of it.

Paye, who came to the United States as a refugee from Liberia, told the John Adams players that he grew up “ridiculously poor,” requiring his mother to work three jobs. He wanted them to understand that they control their own destinies.

"You guys can go as far as you want, depending on how hard you work and how bad you want it,” he said. “We live in a dog-eat-dog world where nothing is given to you. You have to work for it.”

Do you have a story idea for the CMSD News Bureau? Email it to newstips@clevelandmetroschools.org.