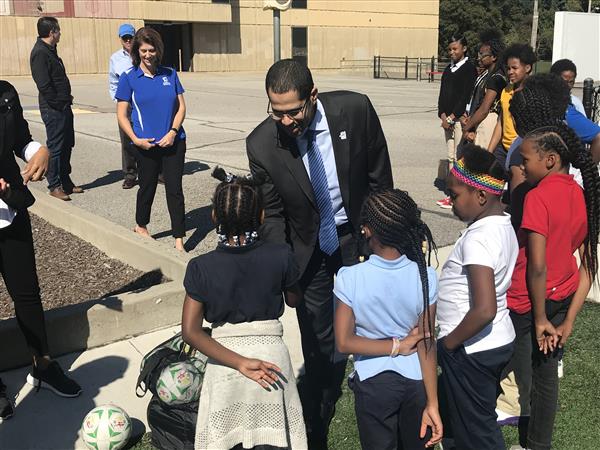 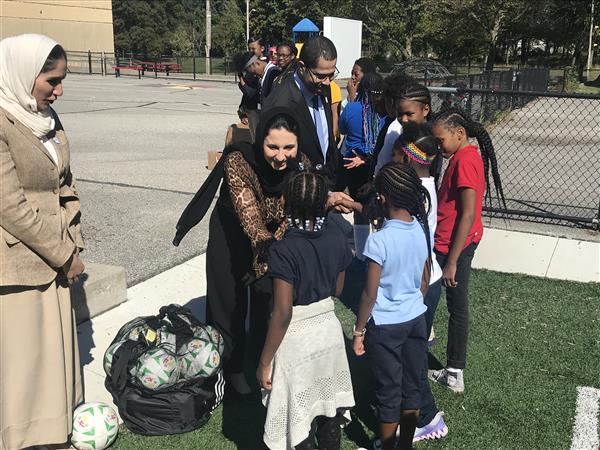 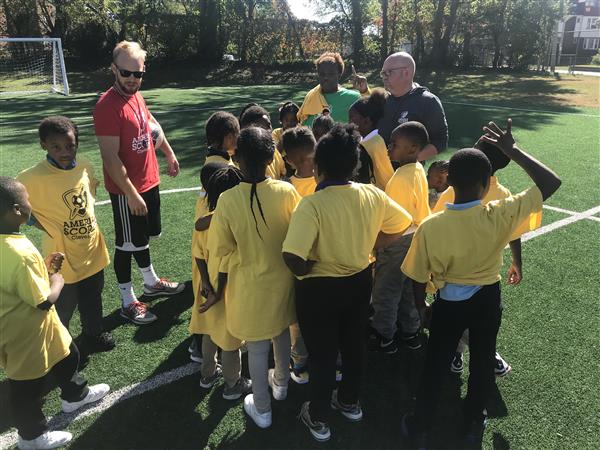 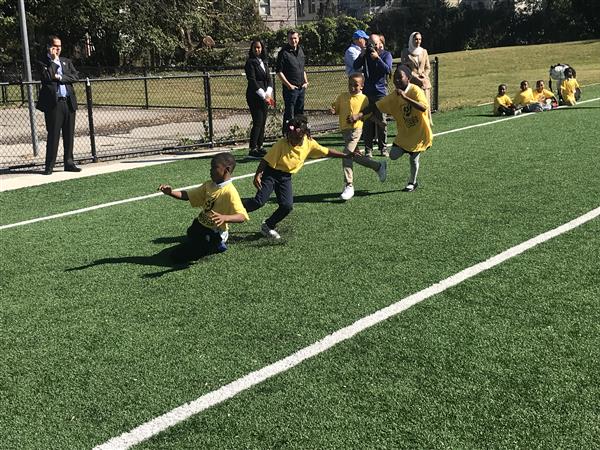 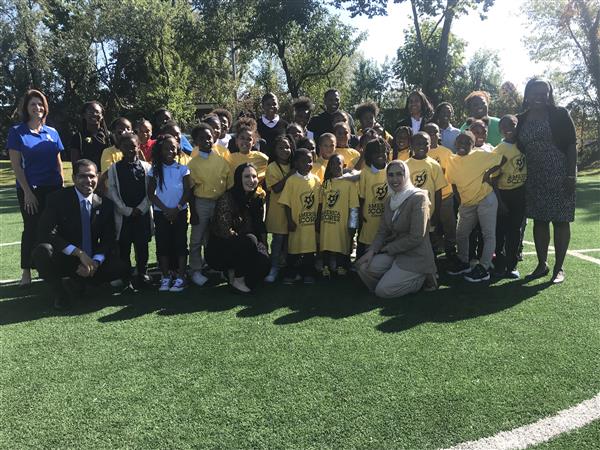 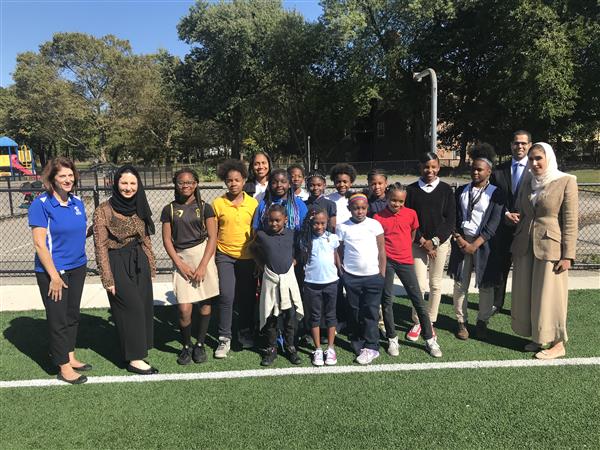 The relationship between the United States and a Middle Eastern ally grew just a little bit stronger Oct. 10 – with a meeting on a soccer field in the Glenville neighborhood.

Representatives of the United Arab Emirates embassy in Washington visited CMSD’s Franklin D. Roosevelt School and the turf field that the embassy paid to install at FDR two years ago. They also met with some of the students and presented them with gifts.

The embassy maintains a close connection with the Cleveland Clinic, which operates a hospital in Abu Dhabi. That bond now extends to the school, which has hosted UAE representatives on several occasions since the field went in.

“They really took to us,” Principal Sherie Turner said. “Every time they are in town they want to come by.”

The embassy has donated 10 soccer fields in underserved areas nationwide. Yousef Al Otaiba, the United Arab Emirates ambassador to the United States, is a soccer enthusiast and believes the sport builds not only athletic skills but also traits like character, confidence and strong communication.

“We thought it would be a great opportunity to engage,” said Dana Al Marashi, head of cultural diplomacy for the embassy. “We are constantly looking for ways we can engage in communities across the United States.”

The ambassador visited the field last year (See video) but was not present Thursday.

Al Marashi and two other representatives talked with students about the United Arab Emirates and the function of an embassy and handed out gifts: backpacks containing a small soccer ball and a coloring book that includes information about the UAE.

They also caught drills and a scrimmage featuring FDR students who participate in America SCORES, a program that merges soccer with writing and poetry. America SCORES is popular in the District, serving 600 students.

“They came all the way from the Middle East and had to stay on a plane for 14 hours. That’s a long time,” she said. “I also learned about them. It was a different experience.”

The United Arab Emirates’ business relationship with the Cleveland Clinic prompted the embassy to inquire about how and where it could help the community, said Chris Abood, the Clinic’s director of community partnerships. He said the search for a place to put the soccer field settled on FDR because of the presence of a Boys & Girls Club and America SCORES in the building and the potential for making an impact in the surrounding area.

“It’s been a lot of fun to watch how the school has embraced this and the Boys & Girls Clubs and America SCORES have embraced this,” he said.

The embassy has agreed to let the school keep $44,000 left from the construction of the field. Abood said the funds will be used for material, maintenance and programming at the field.