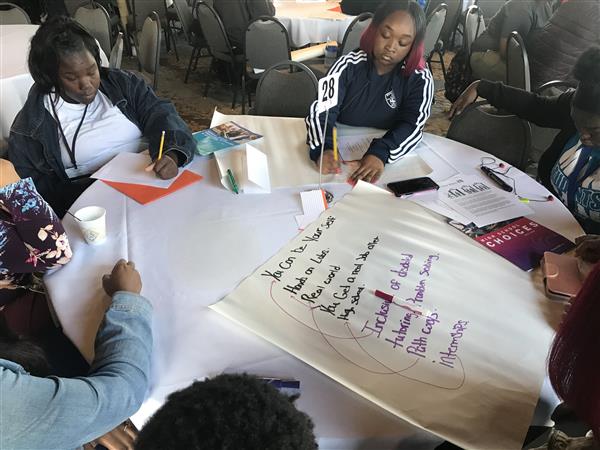 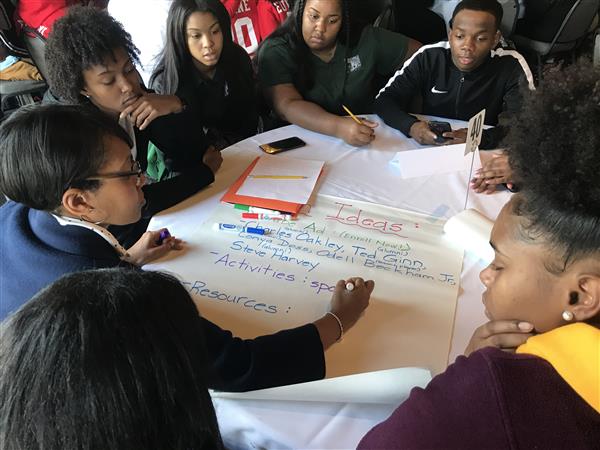 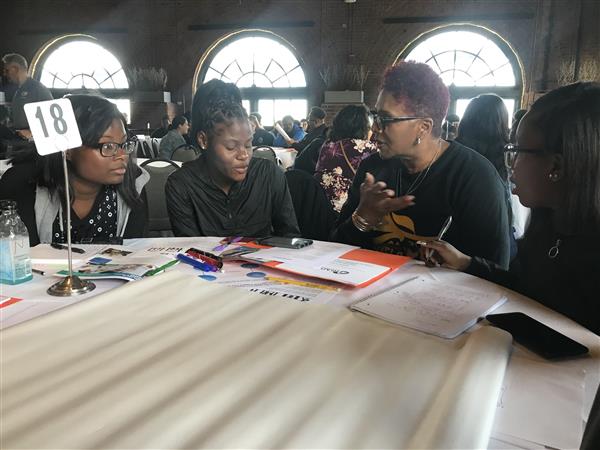 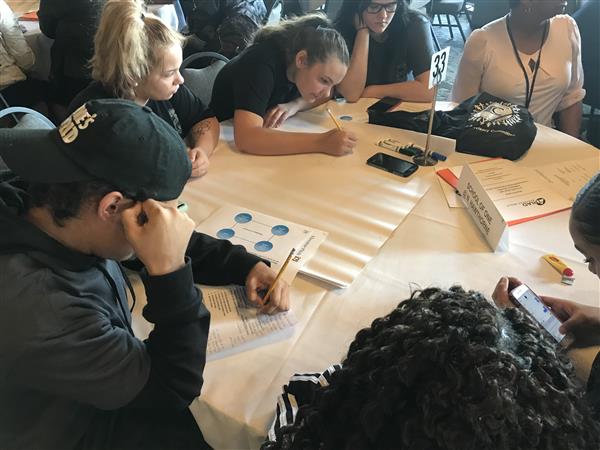 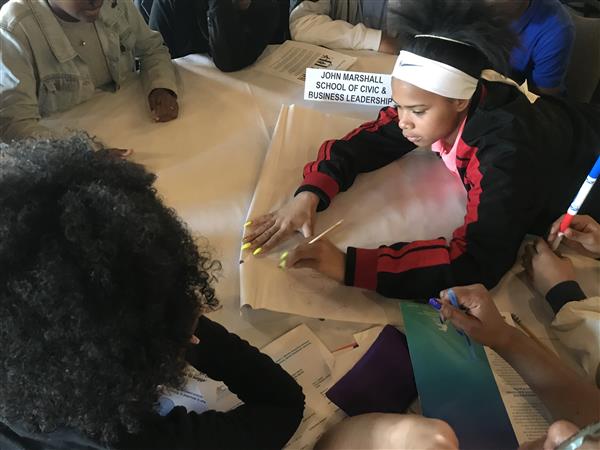 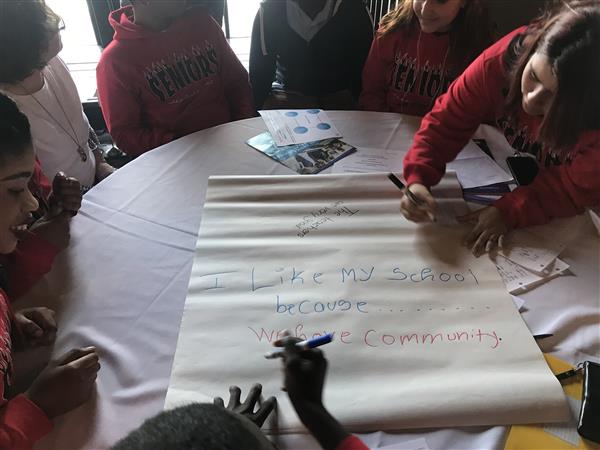 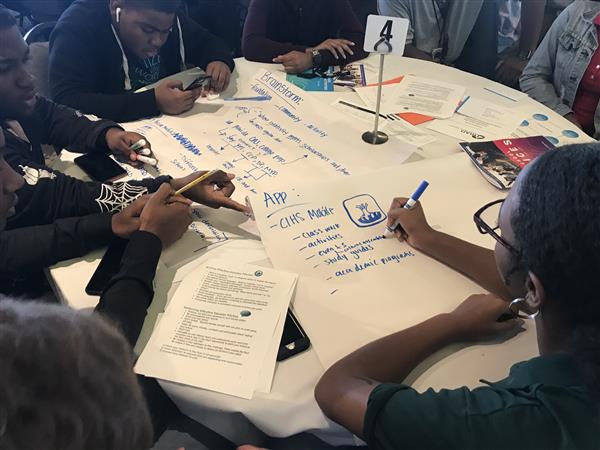 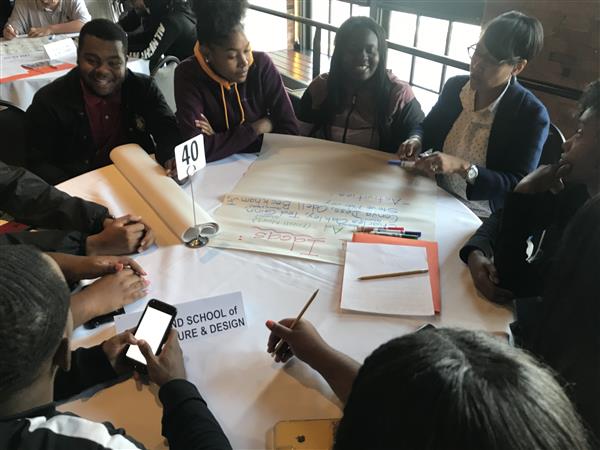 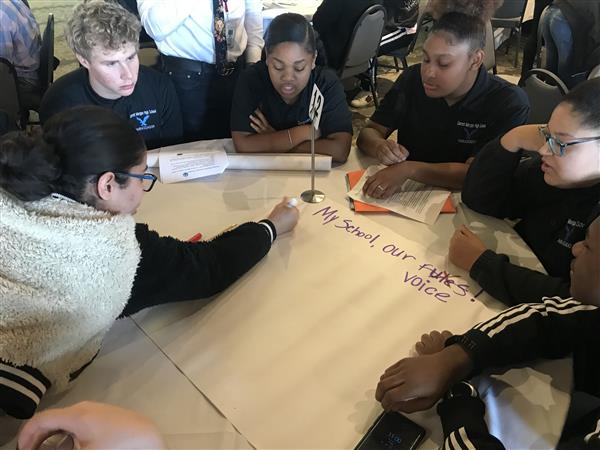 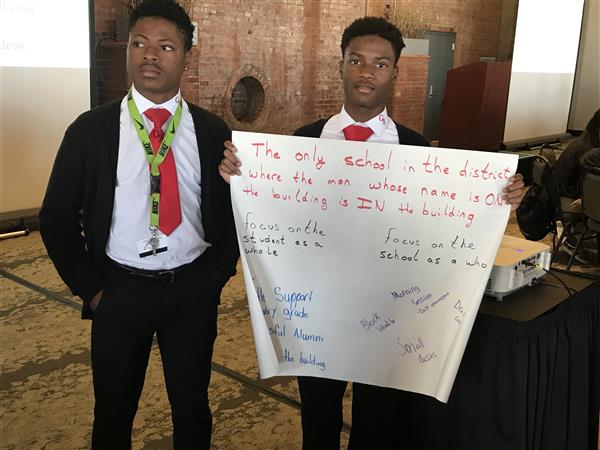 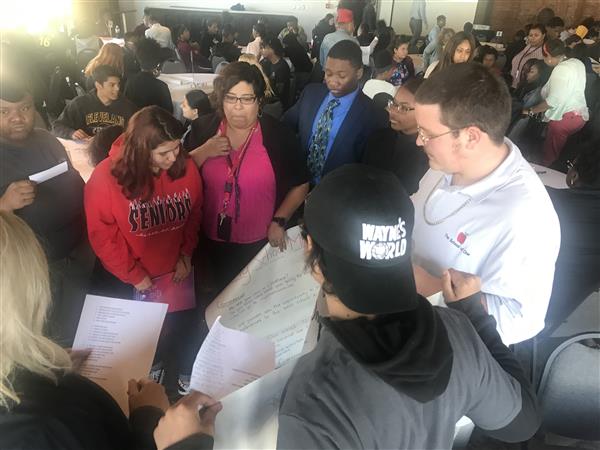 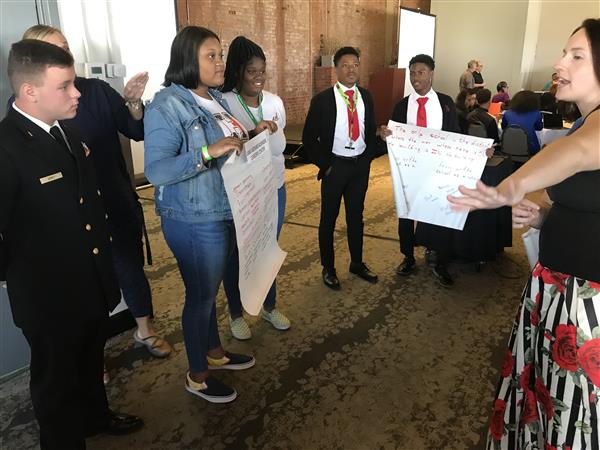 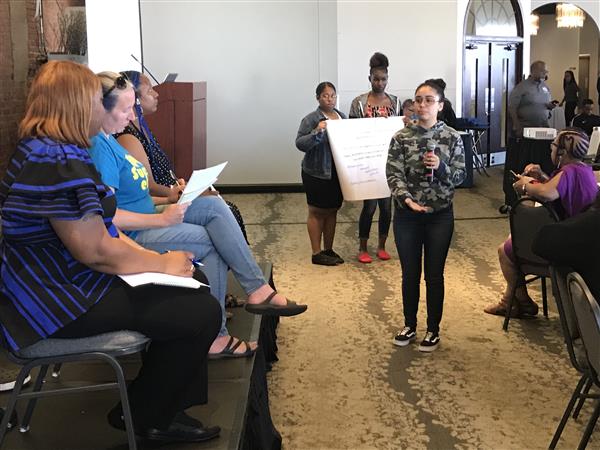 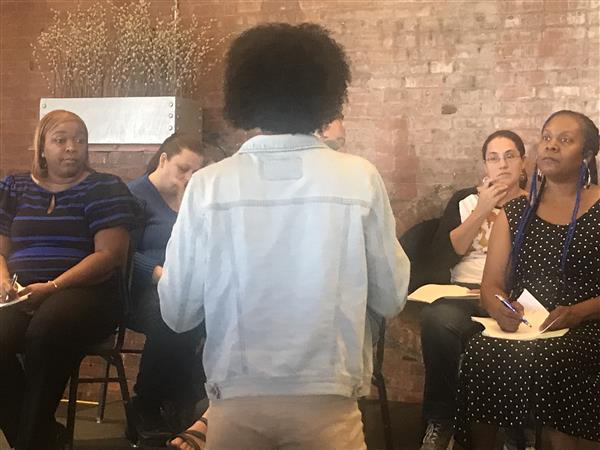 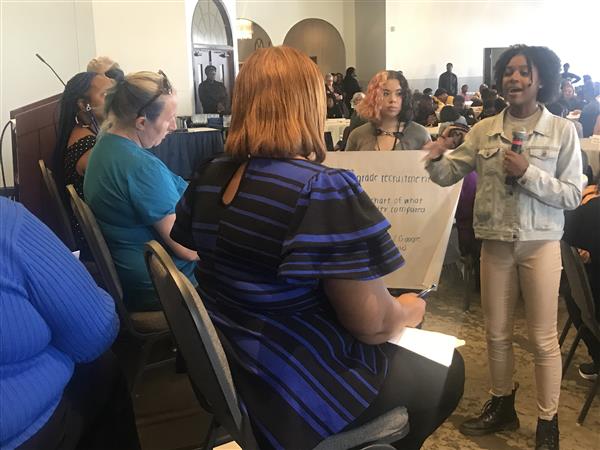 District CEO Eric Gordon's Student Advisory Committee met Oct. 11 at Windows on the River. The 400 or so high school students arrived to discover that they were being recruited to work as marketing specialists.

After preliminary competition, eight teams of students from different high schools pitched their ideas to six parents whose middle school-age students will soon be going into ninth grade.

Shiaria, a senior at the Cleveland School of Architecture and Design, located at the John Hay Campus, said her team wanted to use celebrity John Hay alumni like former NBA star Charles Oakley to talk about how great CMSD is for children.

“We also wanted people to know that CMSD has resources,” Shiara said.  “We have activities, and we are a great outlet. When a lot of people think of CMSD, they think negative based upon our past, but we actually prosper, and we're growing as a district. And so it is important for them to see that.”

Veronica, a senior at Rhodes College and Career Academy, appreciated the fact that the District CEO wanted their input.

“It's a high honor to have a CEO wanting CMSD students to have a voice in the pitch," she said. "It gives us a chance to show that our voices do matter."

Gordon said the District is redesigning its choice strategy to boost enrollment.

The parent “sharks” picked two teams to develop their pitches and how -- through social media or other means -- those messages will be delivered.  Once complete, the pitches will be used this year.

CMSD students have a voice in their education as part of the state law behind The Cleveland Plan, a customized blueprint for education reform in the city.