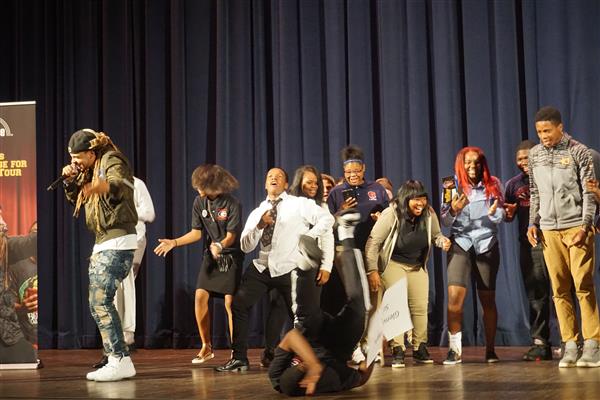 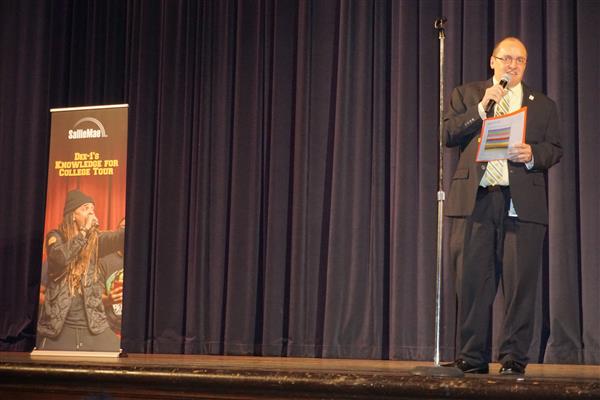 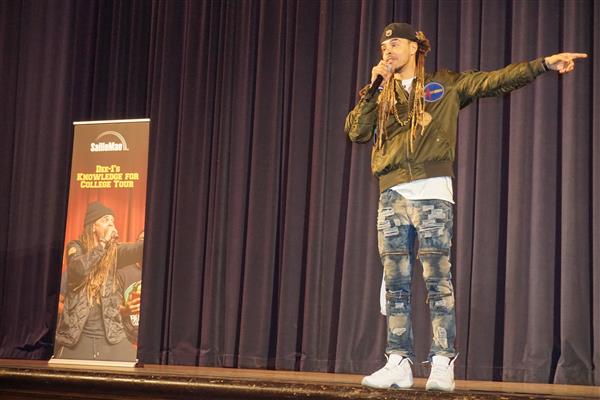 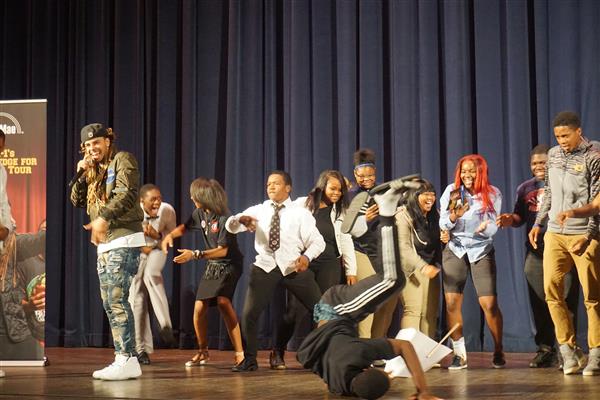 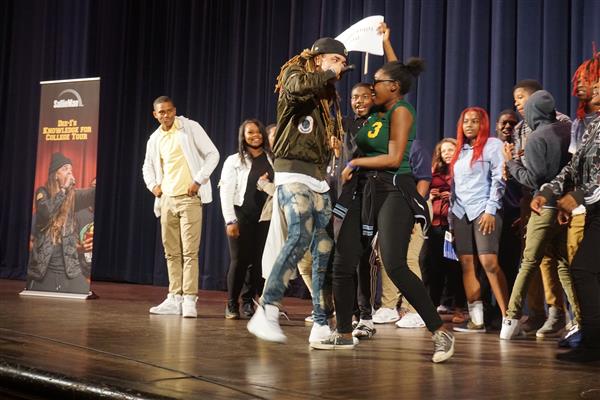 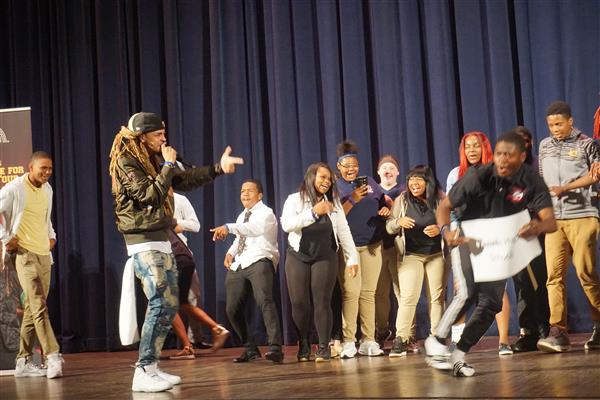 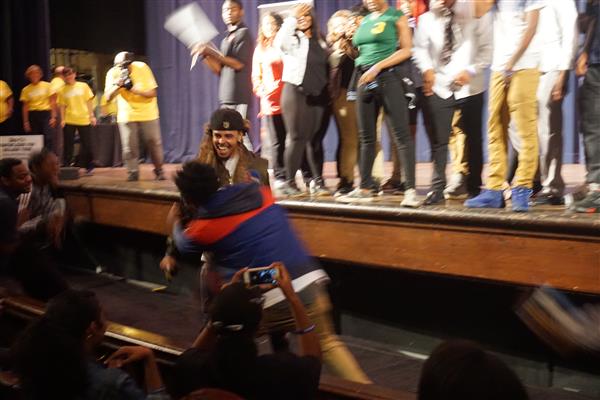 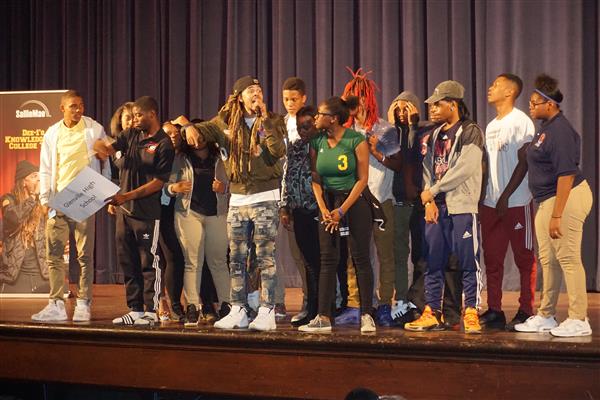 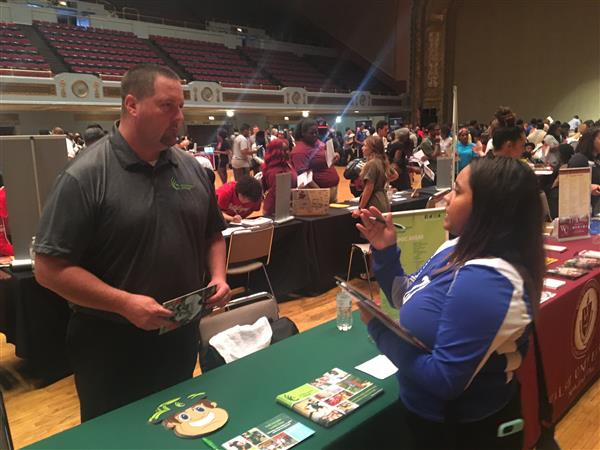 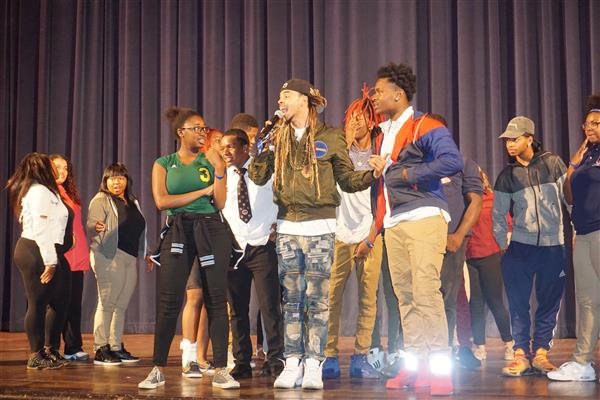 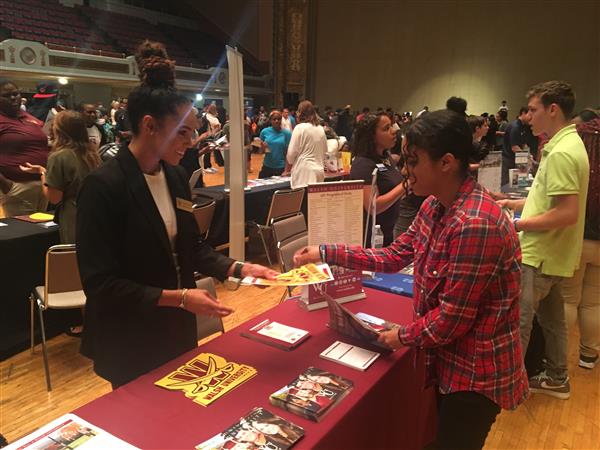 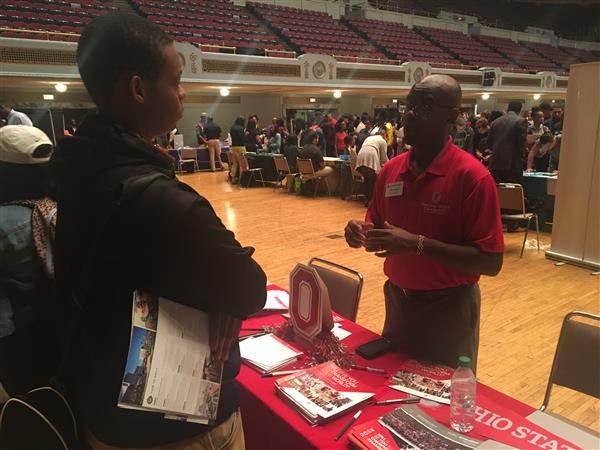 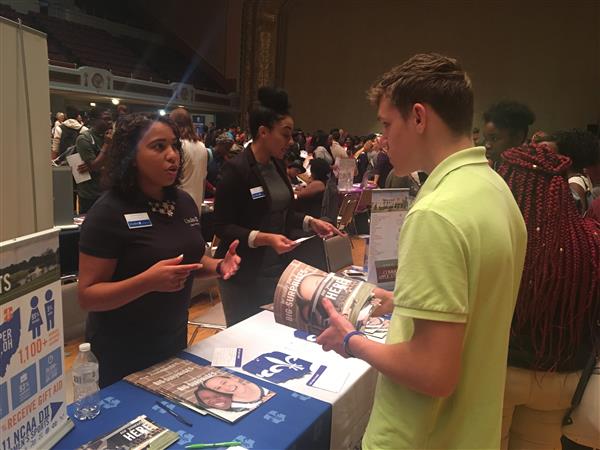 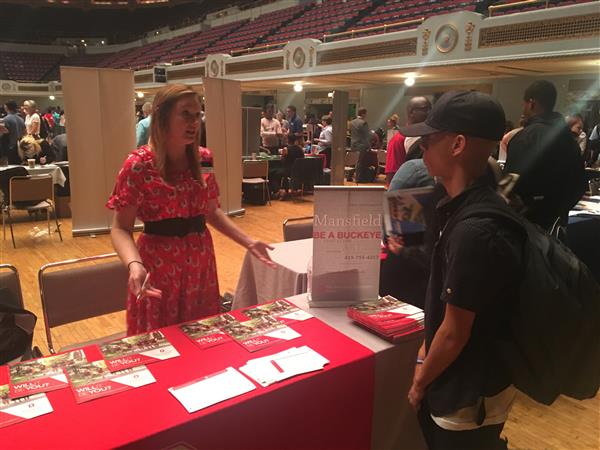 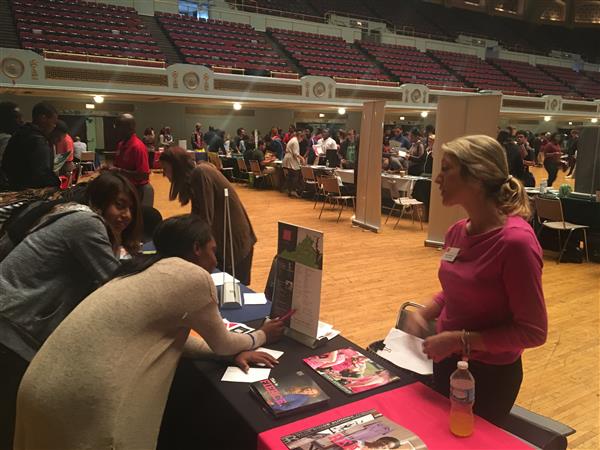 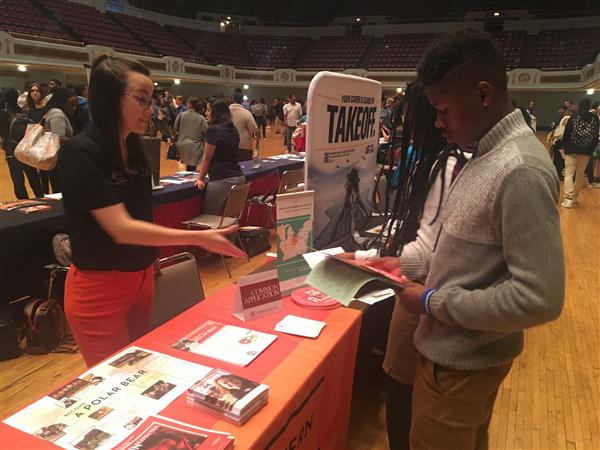 College application season is in full swing, with the Oct. 1 opening date for submitting the Federal Application For Student Aid, or FAFSA, just around the corner.

But the barrage of applications and deadlines won’t come as a surprise to CMSD seniors, who have been receiving help and information about the college admissions process for several months. Just last week, the Cleveland Goes to College Kick-off and College Fair brought 1,800 seniors to Cleveland Public Auditorium.

The second annual event, organized by the Higher Education Compact of Greater Cleveland, College Now Greater Cleveland and CMSD, aimed to empower seniors to take tangible steps toward reaching their postsecondary goals. Following the event, seniors are expected to prepare for and take the ACT, submit at least 10 college applications and fill out the FAFSA along with other scholarship applications.

Those are the expectations set by the Higher Education Compact and College Now, which have been working directly in District schools for several years to create a college-going culture.

A report that the Higher Education Compact released earlier this year showed that CMSD graduates are more prepared for college but are enrolling in fewer numbers. Graduates could be deterred by the cost of college, or they pass up more lucrative futures to take jobs in a rebounding economy, the Compact report suggested.

Both the Compact and College Now have ramped up efforts to help students not only to apply for college but also to pursue scholarships, grants and other financial aid. Paying for college was a major theme at the kickoff, where hip-hop artist Dee-1 addressed students as part of his “Knowledge for College” tour in partnership with Sallie Mae.

The rapper told students that while he just recently signed with a major record label, his education is still his proudest accomplishment.

“More than being a rapper, I’m proud to stand in front of you and announce that I’m a proud college graduate,” he said.

Dee-1 captivated the students as he described entering college with no career aspirations after his plans to play professional basketball were derailed. He told the students that it’s important to identify their skills and passions early on, especially when it comes to financial planning for college.

“When you know what you want to do as a career, research that and figure out how much you could make starting out,” he said. “When you go to college, you should never take out more in student loans than your expected starting salary.”

The students listened intently to the rapper’s advice, and were eager to join him onstage to dance has he performed his song, “Sallie Mae Back,” which he wrote about paying off his student loans.

He ended with a message about the importance of completing college.

“Going to college does not change your life,” he said. “Graduating college is what changes your life.”

Seniors also had the chance to meet representatives from 60 colleges, universities and other postsecondary options at the fair -- an experience that one Whitney M. Young Leadership Academy student said was beneficial.

“It was great to get that one-on-one time with them, to have them look you in the eye and converse with you on what makes their school stand out,” Michael Butler said.

Marjorie Glick is the Compact's manager of partnerships and programs and helps organize college-related initiatives with CMSD schools.

“The whole purpose behind the kickoff is to capture the attention of students early in their senior year and get them excited about coming up with a postsecondary plan if they don’t have one,” she said. “If they do have one, it’s a time to help them take steps toward reaching those goals.”

Now, the Compact is preparing for College Application Month, which aims to increase the number of low-income and first-generation students who enroll in college by providing in-school time and expert guidance to support them as they complete applications. The Compact will host in-school events during October and November. Last year, a record 17 CMSD high schools participated.

The seniors also have a cheerleader in CEO Eric Gordon, who was part of the kickoff. He referred to the low number of Cleveland residents who attend college and the even lower number who graduate.

Two students got an early start on that mission when they were randomly chosen to receive $5,000 scholarships from Sallie Mae and Dee-1.

Read the caption. Day 1 of the #Dee1Knowledge Tour was amazing. My mission is to use my influence to change lives. God is great for allowing me the opportunity to do so. Much love to everyone i met today in Cleveland! Lontae, i'm rooting for you lil brudda. 💯🏆

Gordon told the students that he’s already planning his May 2018 schedule around high school graduations, which is his favorite time of the year.

“I expect to see every single one of you, not just when we kick off Cleveland Goes to College, but when we end it in May with your diplomas in hand and your college acceptances ready to go.”