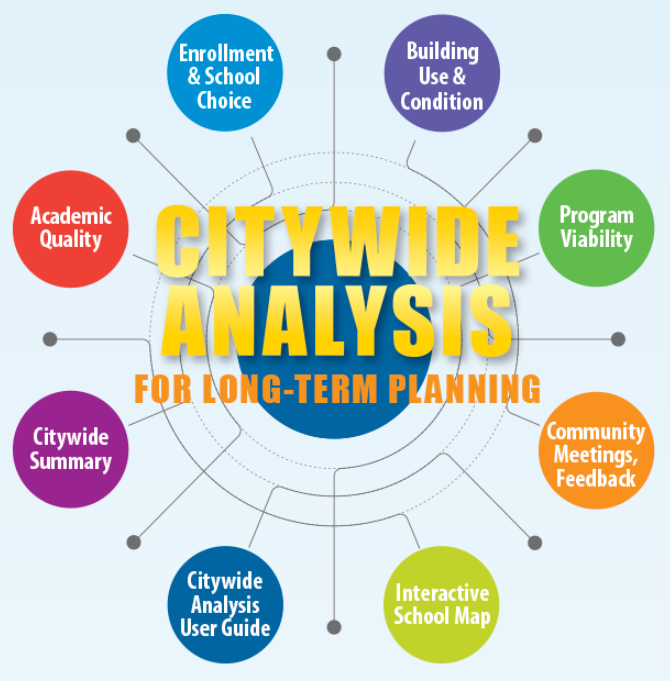 CMSD has issued recommendations that are designed to give all K-8 students equal access to quality academic programs and facilities while efficiently using limited resources.

CEO Eric Gordon will share the draft recommendations at six regional community meetings that will begin Wednesday, May 15 and continue through June 1. A schedule of the meetings may be found at qualityschoolsforclekids.org.

These recommendations, which are based on extensive data analysis and community feedback, are only for K-8 schools. Changes would take effect during the 2020-21 school year. A similar process for high schools will follow in the fall.

The K-8 proposals include:

“We have some difficult decisions to make,” Gordon said. “But we believe these are the most responsible things to do. We are trying to do what’s best for the District.”

CMSD analyzed data, not only for District schools but charters. The data measures academic quality, enrollment and school choice, building use and condition and CMSD program viability.

The District also hosted seven community meetings, which collectively drew more than 500 people, and collected feedback, at the meetings and online, from more than 300.

The data analysis and feedback also can be found at qualityschoolsforclekids.org

The metrics and community input helped shape the draft recommendations:

The Board of Education will consider the recommendations in June, after the District receives more input at the additional meetings.

The board and the Bond Accountability Commission recommended that CMSD revisit its five-year-old building plan based on current neighborhood population and enrollment patterns, changes in academic programming and rising construction costs. The commission is an independent watchdog created to monitor the District’s ongoing modernization program.