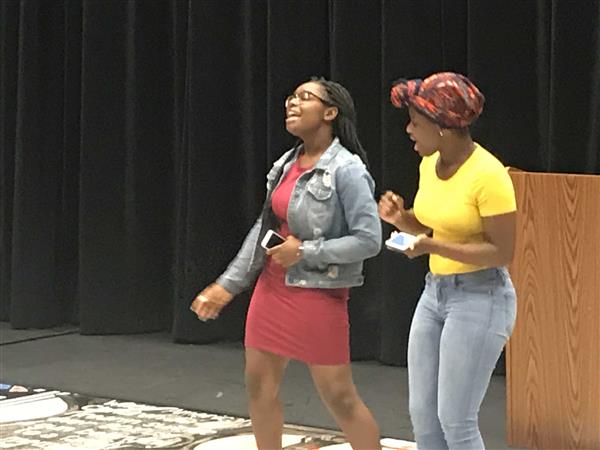 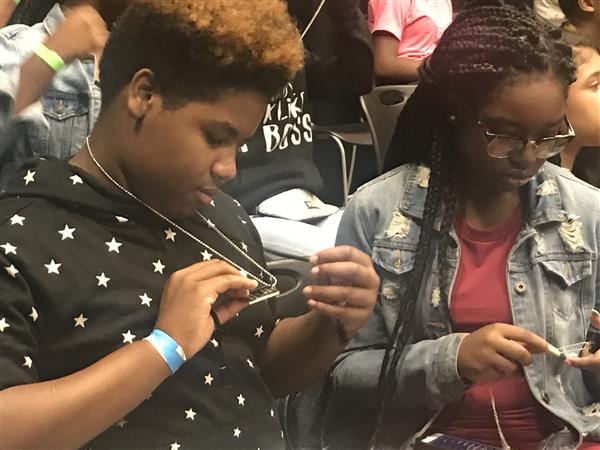 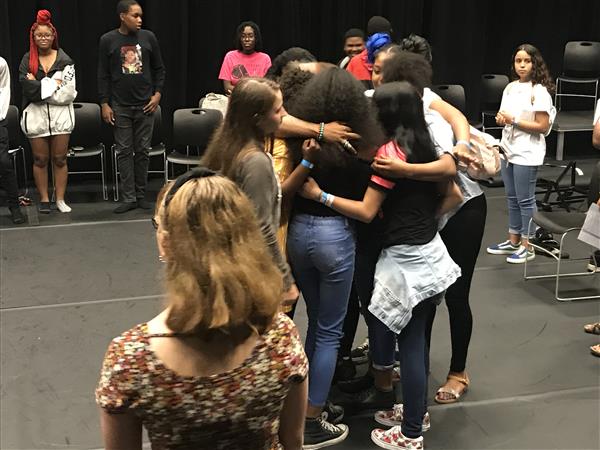 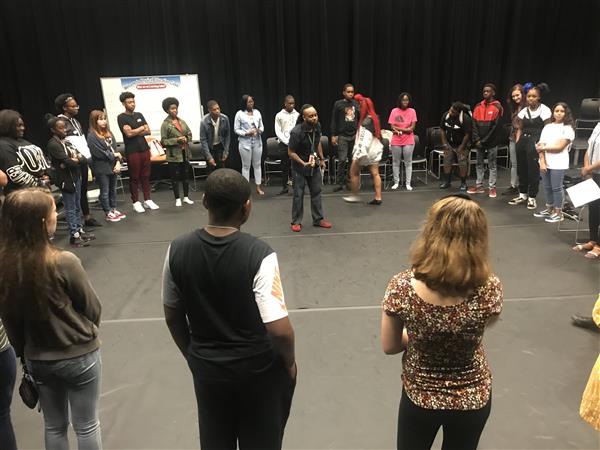 CSA ninth-graders adjusted to the school this week with a four-day summer bridge camp. Students learned about policies and procedures but also participated in icebreakers and diversity exercises, performed or displayed art at an open mic session, were inducted into the school and received medallions.

New ninth-graders at the Cleveland School of the Arts have eased into life at the school with help from some students who have been in their shoes.

CSA ran its fourth annual “bridge camp” this week, and for the first time, older students organized most of the activity. Next year, they will be tasked with handling virtually all of the agenda, said Renee DiBiasio, assistant head of school.

The four-day camp, which ended Friday, indoctrinates newcomers who come to CSA from dozens of schools across the District and beyond. DiBiasio said the school expects to have about 100 ninth-graders this year, and more than 80 took part in the camp.

The students may be shy at first but adjust over the course of the week.

“It’s cool to see the difference between the first day and the last,” DiBiasio said.

The camp covers policies and procedures, but trainers and facilitators also focus on diversity. LGBTQ students, students in foster care, homeless teens and others open up as the entire group learns acceptance.

About two dozen older students helped to organize activities this year. They went through two days of training and drew on input from a focus group of last year’s ninth-graders.

One of the organizers, Skylar, a sophomore visual arts major from Cleveland Heights, previously attended a small Montessori school. She said the bridge camp helped her feel comfortable at CSA.

“At first, it was like ‘What is this place?’ ” she said. “It was cool to see that all are welcome and it is OK to be different.”

The camp does more than break the ice. Rekale, also known as Rocky, said it dispels the notion of those who believe that Cleveland School of the Arts students spend all of their time singing, dancing or playing instruments.

“They think this is like ‘High School Musical,’ ” said Rocky, a junior who majors in orchestra and plays the viola. “We get an education. We get grades. We graduate. It’s a regular high school.”

Montrell, a junior who is studying music, said the organizers worked hard to ensure that the activities would engage participants and keep them from growing bored.

“You know teenagers,” he said.

The camp closes with an open mic session at which members of the new class sing or show off artwork. They also go through a formal induction and receive a school medallion.

DiBiasio addressed the Class of 2023, using language similar to what they will hear at commencement in four years. She certified that the ninth-graders will be “part of the CSA community now and always.”

Rheo, an incoming theater student, said the camp participants “showed me respect. They showed me love, attention. They’re like my family.”

Natozjah said she was scared when the camp started, but by Friday the fear was gone.

“Now I’m more confident in myself,” she said. “I know I can do what I can do without being judged.”