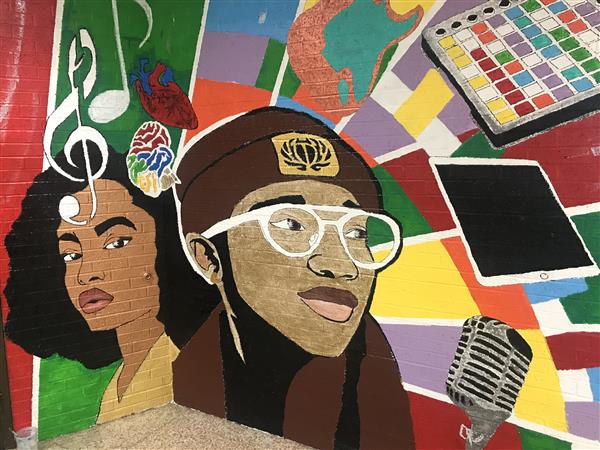 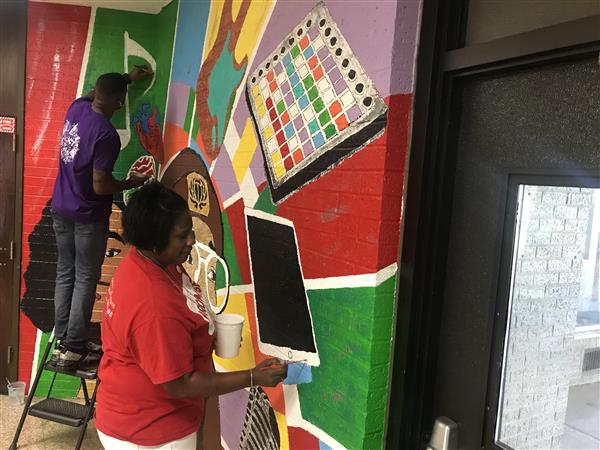 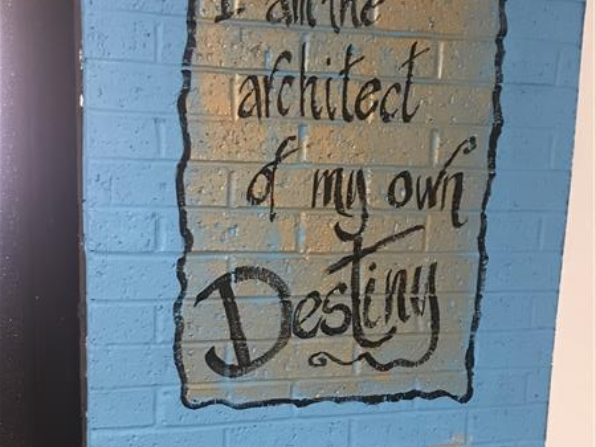 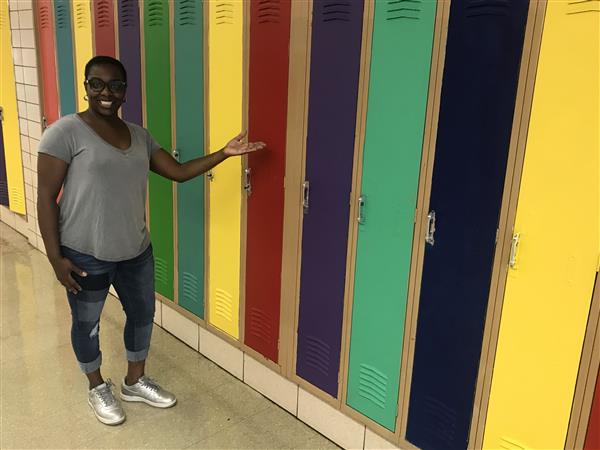 The lift that East Tech High School received from a new digital arts center is spreading throughout the building.

Major League Baseball, the Cleveland Indians and the Boys & Girls Clubs of Cleveland donated the center, or suite, as part of series of “legacy projects” that coincided with MLB’s annual All-Star Game, played at Progressive Field on July 9.

In the digital arts suite, students will record video and music and work in a tech lab equipped with Mac computers and laser printers. Outside the suite, community partners are painting a mural that depicts music recording equipment from the past and present.

But that is just part of beautification work going on.

Volunteers have painted inspirational sayings on walls and coated locker doors in bright colors. Central Promise Neighborhood, a group that is working to improve Cleveland's Central area; artists Gwendolyn Garth and Rashawn Carter; other community partners; and some alumni and students have helped.

East Tech intervention specialist Tameka Ronny-Gray came up with the project as a way to add vibrancy and warmth in the school and build on Scarab pride. She said more work will take place after students return from summer break on Aug. 12 and the school asks them for ideas.

“With a little bit of paint, we can change the world,” she said.