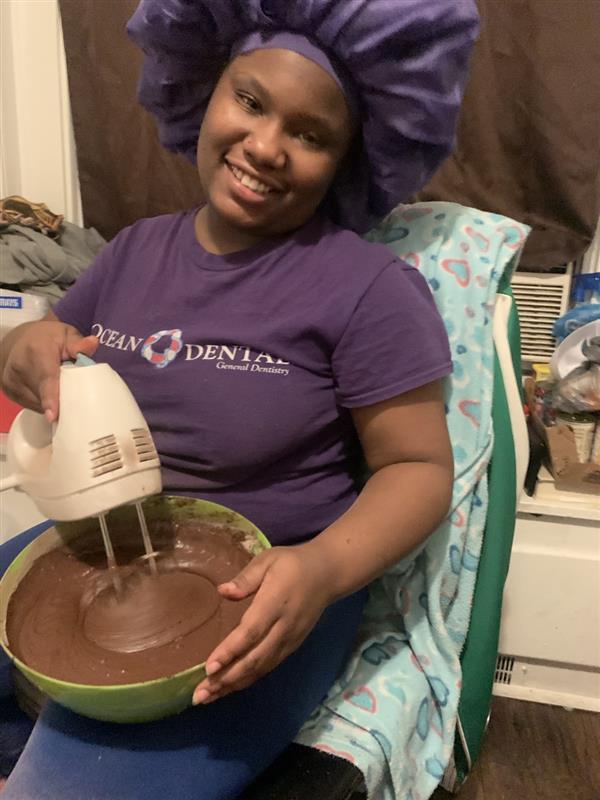 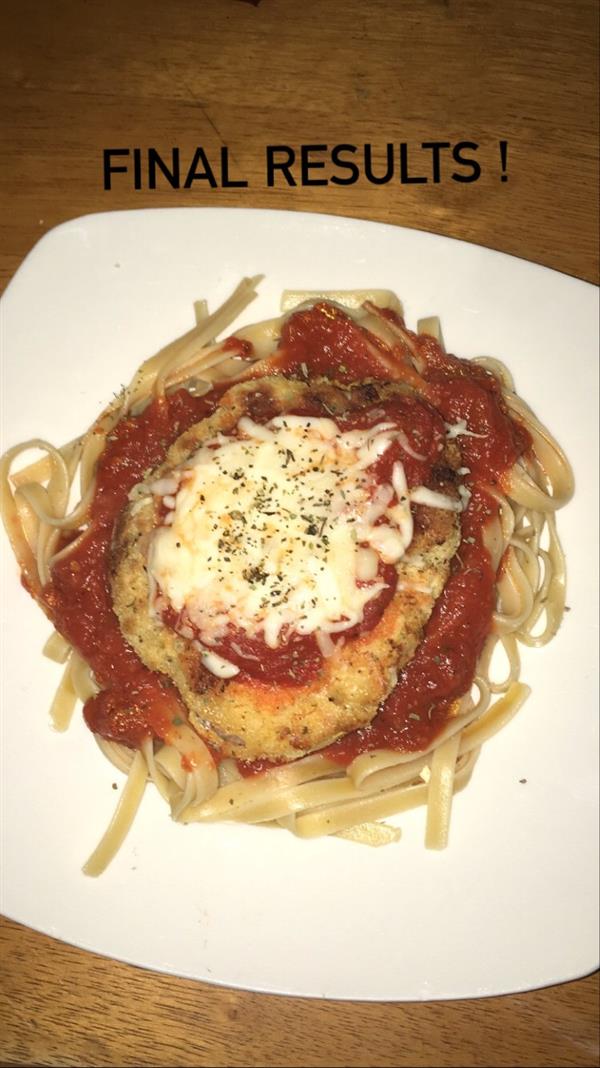 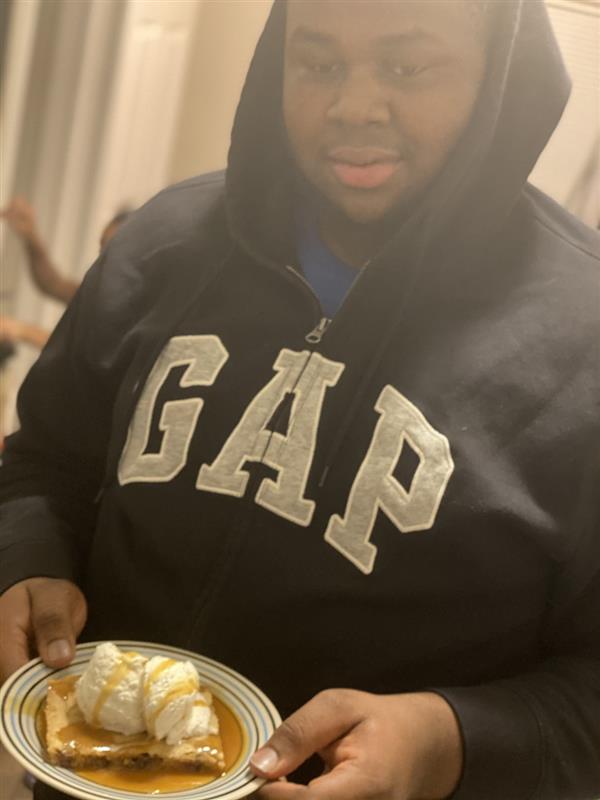 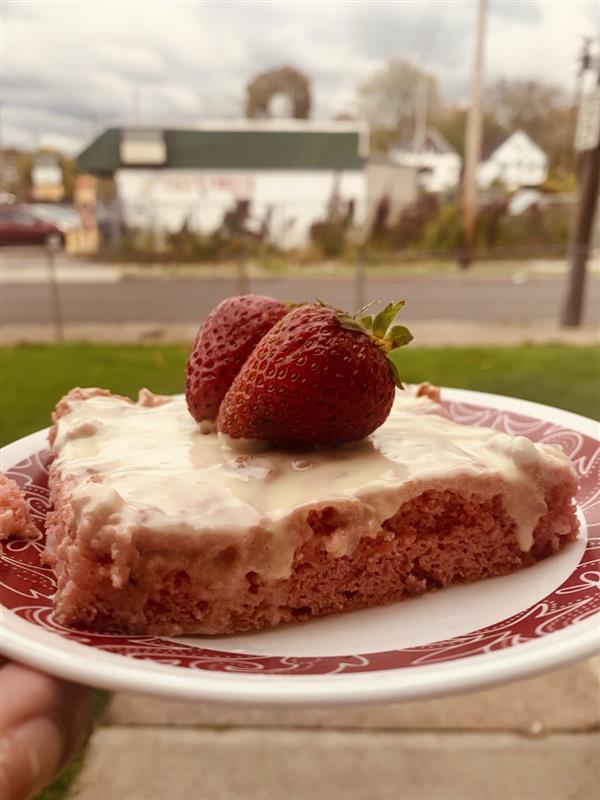 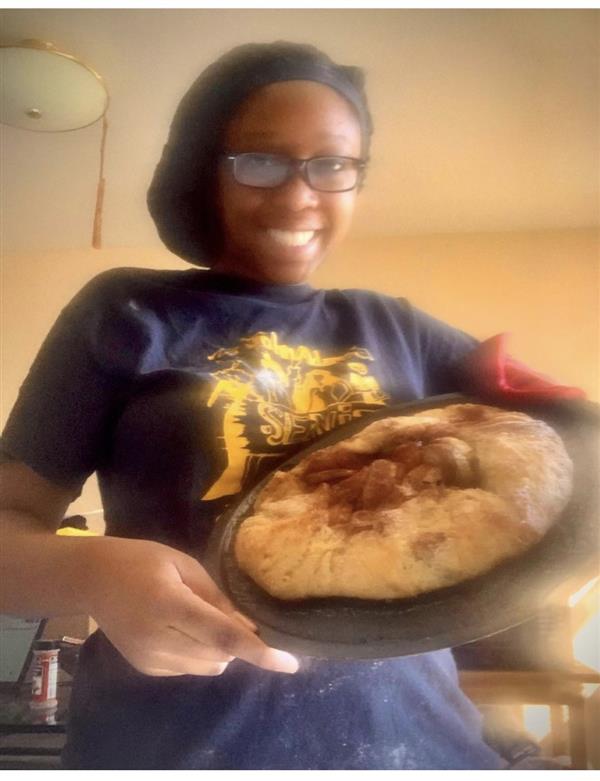 Chef instructor Michael Szalkowski's students must document their work with photos or video.

For Michael Szalkowski, teaching students in remote learning is like hosting a cooking show.

Szalkowski is a chef instructor at Jane Addams Business Careers Center. In a typical year, his students would be running the high school’s Executive Grille restaurant. They would have already wrapped up the Thanksgiving buffet and holiday pie and cookie sales and be looking ahead to hitting the road with the Executive Grille on the Go food truck.

Instead, due to the pandemic, Szalkowski has launched what he refers to as his “own little Food Network program.” He comes to students online from his kitchen via Zoom, demonstrating and coaching them through meal preparation and the rules of good customer service.

Students must have their video cameras on to confirm attendance and comply with safety guidelines. Szalkowski sees that they have adequate supervision at home. He demonstrates proper slicing technique for them and makes sure they never leave the stove unattended.

Cooking alone might lack the sizzle of the communal feast, but Szalkowski said his chefs and servers in training have responded well to remote learning.

“They’re more resilient than I thought they would be,” he said. “They were a little frustrated at first but have really come around.”

This grading period, Szalkowski, assisted by  paraprofessionals and sign-language interpreters, is teaching hospitality or customer service fundamentals to some younger and special needs students who are learning how to handle the “front of the house.”

A class just before winter break featured chicken Alfredo. Students could substitute or add shrimp, depending on their tastes.

Szalkowski, who won an Excellence in Teaching Award in 2018, showed how to sauté the chicken or shrimp, waiting until the proteins were three-quarters cooked to flip for the first time. He added the meat to a mix of garlic, butter and olive oil.

Onions were sweated, instead of caramelized, and minced rather than cut into chunks, the goal being flavor, not texture. Szalkowski encouraged the class to change things up with broccoli, spinach or “any variation you want.”

Lessons also take in plating – the decorating or arranging of food to enhance its visual appeal. Before serving, Szalkowski asked the students what color plate would make the dish more inviting – white, like the sauce, or black for contrast?

“We eat with our eyes first,” he said. “Presentation is everything, guys.”

Szalkowski and the school have provided each of the students with a hand mixer, as well as supplies that are picked up at Jane Addams. If necessary, he and other staff members deliver to homes.

Students meet online with Szalkowski one on one or in small groups and can reach out to him for help as they whip up dishes that are tested on their families. They must document the experience with photos or video, but their teacher is not looking for perfection, just progress.

“I don’t care if it flopped entirely,” he said. “I just want to know that they learned from the process.”

Aniyah Sims, a junior, said working in the privacy of home actually helps her stay focused on studies that she hopes will lead to owning at least one soul food restaurant.

She said Szalkowski has taught her “not to be so hard on myself” and to be patient -- improvement will occur over time. And while she has gotten used to following recipes, she also runs with the invitation to improvise.

Aniyah’s mother, Shana, said her daughter has gone from “helping out here and there” in the kitchen to preparing whole meals.