For six weeks leading up to the FIRST Robotics Buckeye Regional, students and their mentors and coaches built and programmed a 120-pound robot.

Sixty teams from Ohio, New York, and Pennsylvania converged on the Wolstein Center on the Cleveland State University campus late last month to square off during the matches.

Five of those teams were from CMSD, with four competing for the first time.

“It's huge. I mean, that's an understatement,” said Arley "Mr. T" Trujillo, a mentor for the John Marshall robotics team.  “These new teams have never been to a competition before.  So, just the fact that we're out here and able to get a robot out there, I think speaks volumes.”

The rookie teams are from East Tech, John Marshall, Davis Aerospace and Maritime, MC2STEM. The Youth Technology Academy team, a combination of students from eight CMSD high schools is a program based at Tri-C, won a world championship in 2016.

The teams faced some difficulties getting their robots to work correctly during the matches, but they held their own.

Victoria, an 11th-grader at Davis Aerospace and Maritime High School, says her team worked in the pit to make several changes to their robot, which was called The Beast.

“I had to make a program change,” said Victoria. “And we are changing the length of the arms because they were too short.” 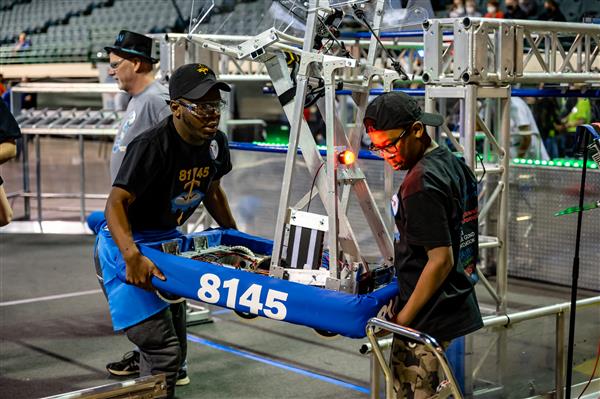 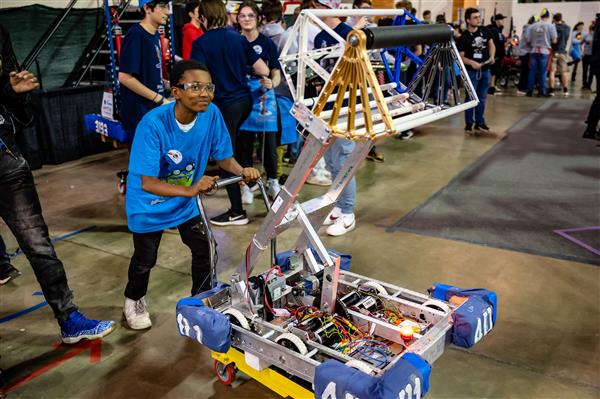 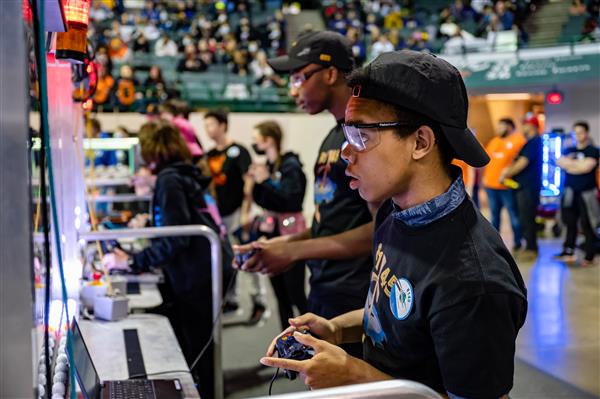 JonDarr V.T. Bradshaw, a member of the Buckeye Regional planning committee, said during this First Robotics competition, teams had to program their robots to perform a series of autonomous tasks for the first 15 seconds of the match.

“The next minute and a half, the students operate the vehicle by remote control to collect game pieces and score points,” said Bradshaw, who also is a community engagement coordinator with the Great Lake Science Center. “The last 30 seconds we call the ‘end game’”. That is where the robots must climb up a series of monkey bars. The higher they can climb, the more points the teams will receive.”

Dewayne, a member of the East Tech team, said driving the robot is exciting.

When I am playing, I am zoned out and focused on the robot and trying to score points,” said Dewayne.

While none of the CMSD teams advanced to the finals, Zachary Wenz, the lead mentor at Mc2STEM, said all the teams gained a lot of experience and insight on how to improve their performance for the next competition.