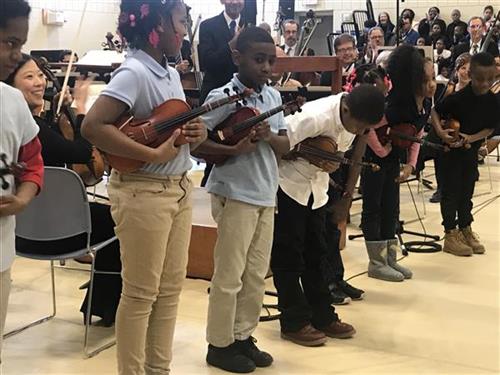 Ann Gund is passionate about the arts, and a gift of $1 million given in her honor will allow Cleveland Metropolitan School District students to share in that passion.

The grant from The George Gund Foundation is the inaugural gift to the Cleveland Metropolitan School District Arts Education Fund for musical, performing, and visual arts. The fund, managed by the Cleveland Foundation, will grow as other donors contribute. 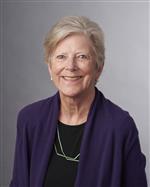 Foundation’s Board of Trustees. During 30 years of service, she has been a strong supporter of the arts, including arts education, an area where CMSD is seeking to make major advances.

CEO Eric Gordon took a lead role in crafting an arts plan and included it in commitments that would follow passage of Issue 68 last November. Despite the economic challenges of the pandemic, Cleveland residents easily approved renewal of a 15-mill property tax and added a 5-mill increase.

“I am thankful to The George Gund Foundation for this extremely generous gift,” the CEO said. “We have some amazing educators doing meaningful work with our talented scholars. This will help us take arts instruction to a deeper level and make arts part of the fabric of every CMSD school.”

“This is a game-changing opportunity; our kids deserve this,” said Jeffery Allen, CMSD’s director of arts education. “The words ‘Thank you’ are not nearly enough to express the gratitude I feel on behalf of 37,000 students and dozens of teachers who are doing the work.”

State and federal testing requirements, along with tight budgets, have contributed to a decline in arts education nationwide.

CMSD has the All-City Arts program, the Cleveland School of the Arts, and two arts-themed elementary schools but wants to make high-quality arts instruction available across the District. The arts education fund will help by paying for musical instruments, rights to plays and music, theater and film equipment and more.

Allen, formerly director of education and public programs at the Maltz Museum of Jewish Heritage, was hired three years ago to lead the arts expansion.

The work will take time, but some promising signs of growth are visible. For example, the John Marshall campus and East Tech High School have launched drum lines and pep bands. Some high schools have hired music teachers to develop programs.

Campus International K-8 School has for some time offered strong music and visual arts programs in which many of the nearly 800 students participate.

The Campus administration makes the arts a priority, which is consistent with the school’s International Baccalaureate program. But Jason Levy, one of three Campus music teachers, said the school benefits greatly from outside support, including used instruments donated by the nonprofit Hungry for Music. And many students also belong to All-City Arts, giving them and their school free access to copyrighted sheet music.

Levy said that besides enjoyment, students reap social and emotional benefits from music and other arts.

“Music is a team sport – we teach students how to work with each other, how to build self-confidence, how to trust each other,” he said. “It’s also an outlet to get feelings and emotions out.”

Planning for an arts renaissance in the District began several years ago when leaders from CMSD, the Cleveland Foundation and the Gund Foundation formed the CMSD Arts Education Committee.

The committee explored ways to make the arts a critical element of the core curriculum, integrate arts into other subjects, provide high-quality instruction by arts specialists and classroom teachers, and create opportunities for students to explore the arts as a hobby or career.