Greater Cleveland industries and employers are lining up to participate in a workforce development initiative that has taken root in Cleveland’s public schools and will spread across the region.

The strong response is fueling growth of the Greater Cleveland Career Consortium, an unprecedented collaboration that in addition to employers and industry groups includes youth-centered organizations, K-12 and higher education, philanthropy, and government.

Business, civic, and education leaders announced formation of the consortium on Tuesday `at the Euclid headquarters of The Lincoln Electric Co. Lincoln Electric is one of more than 50 industry and employer partners that have signed on to the GCCC.

The goal of the consortium is to ensure that every student in the region graduates from high school with a career vision and a plan for how to achieve it. Career exploration and guidance will be embedded in a student’s experience from sixth grade through graduation, including school curriculum, time set aside for advising, and out-of-school work exposure and experiences.

The sectors involved in the consortium will work together to connect students to high-growth, family-sustaining wage jobs and create a skilled and dedicated Northeast Ohio workforce for generations.

“Today’s hiring environment is one of the most competitive we’ve seen in many decades,” she said. “Employers are eager to find tools that help them develop a strong, diverse, local talent pipeline to fill their open jobs now and in the future. The Greater Cleveland Career Consortium is just such a tool.”

CMSD Chief Executive Officer Eric Gordon said the initiative will shatter the notion that students face a choice of college OR career if they want a well-paying job. He said it also signifies recognition that none of the sectors involved can develop the workforce alone. 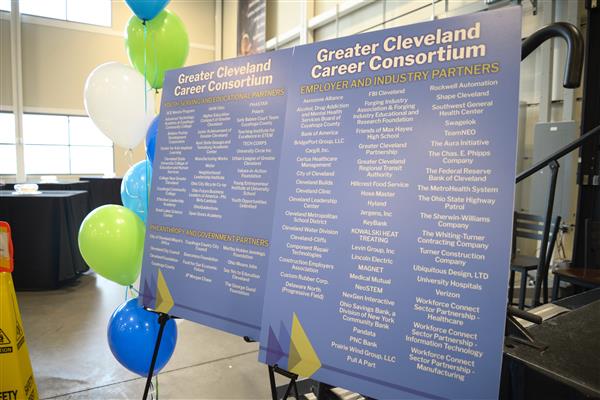 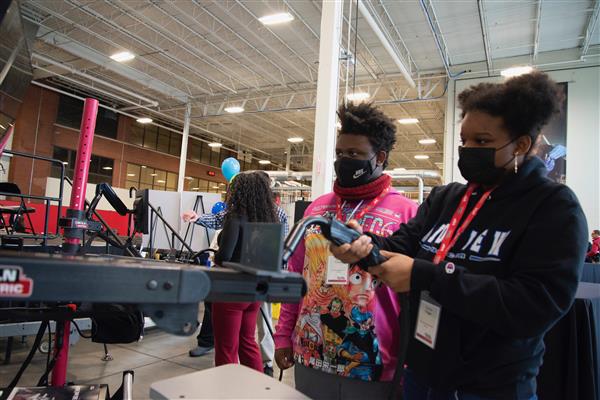 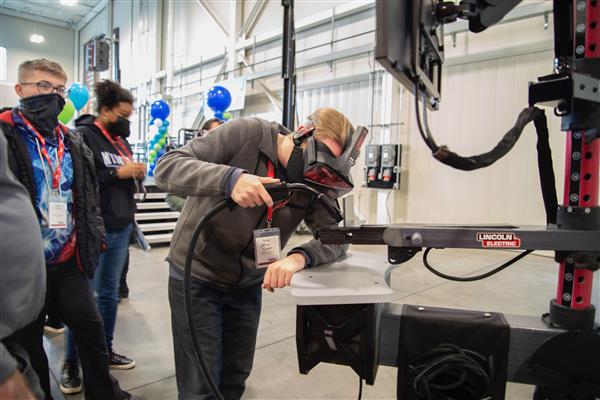 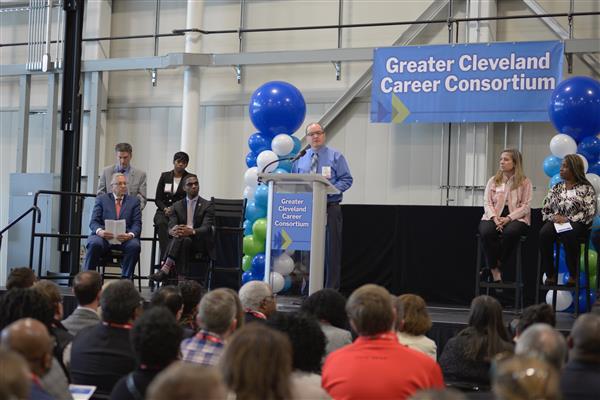 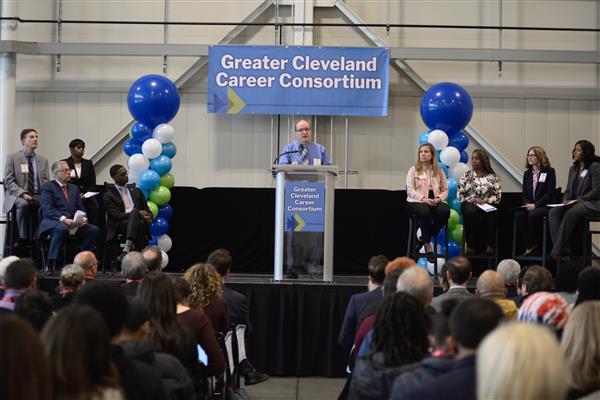 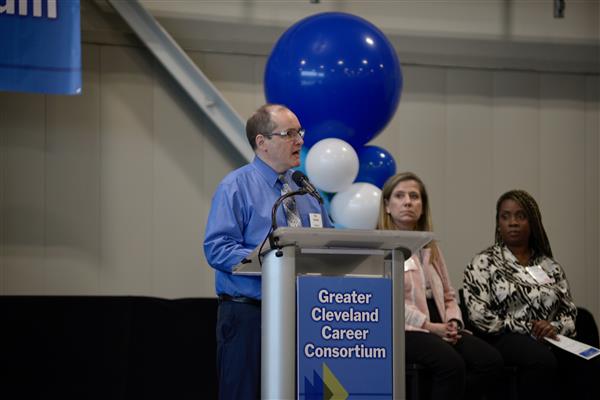 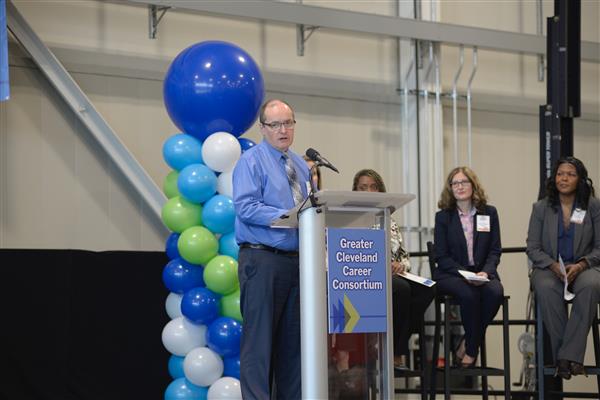 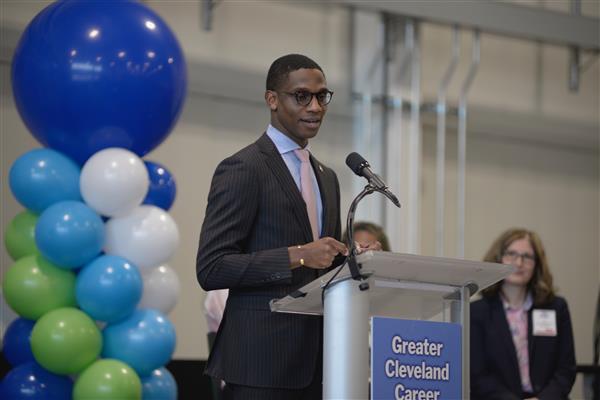 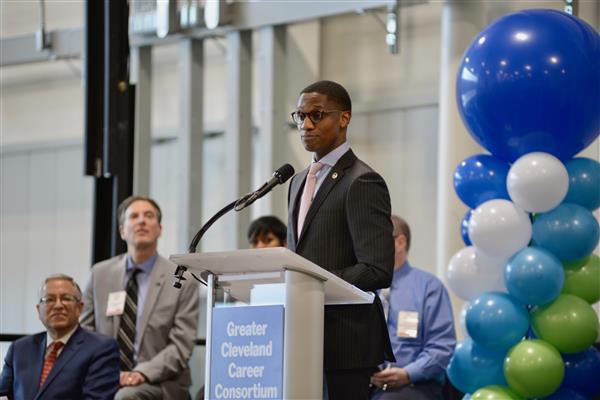 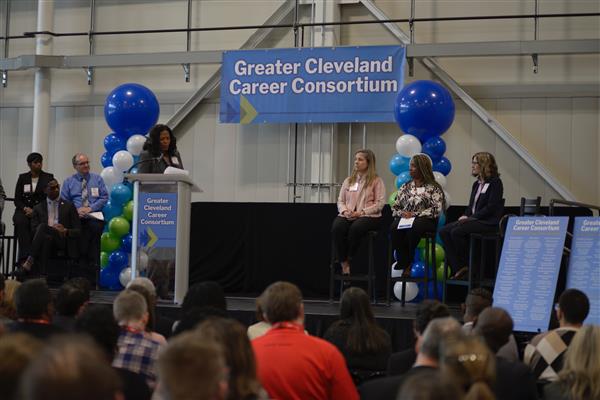 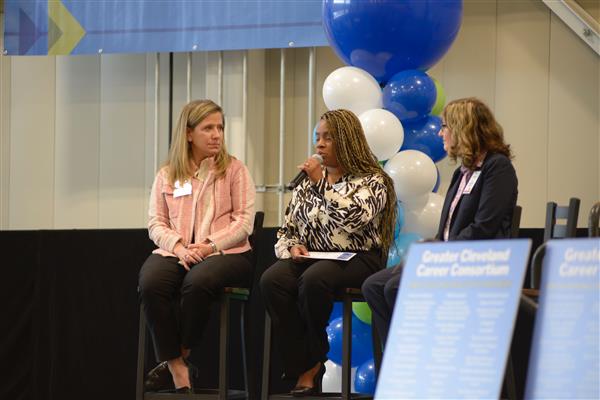 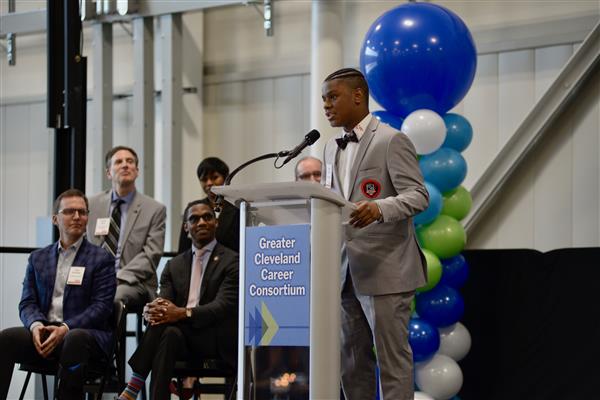 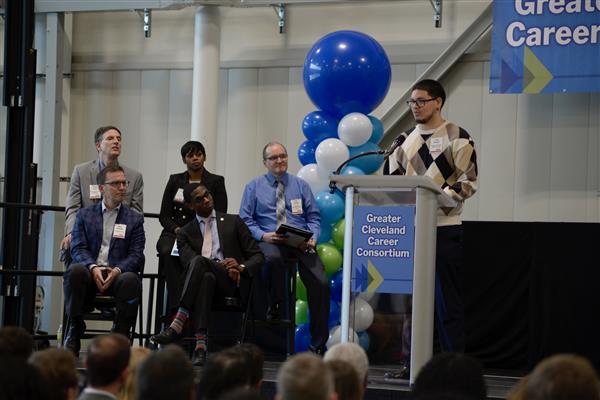 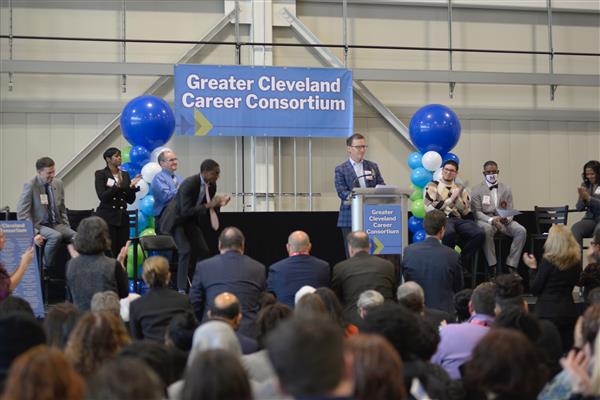 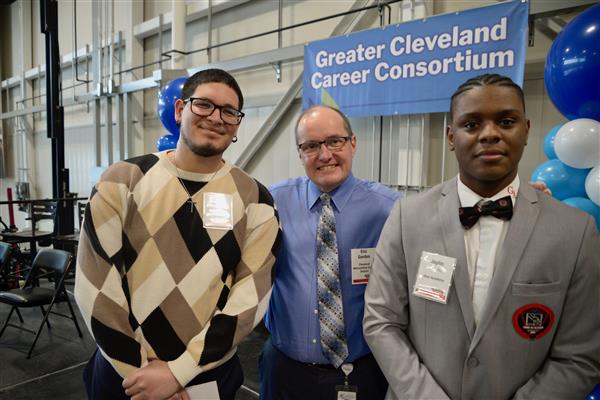 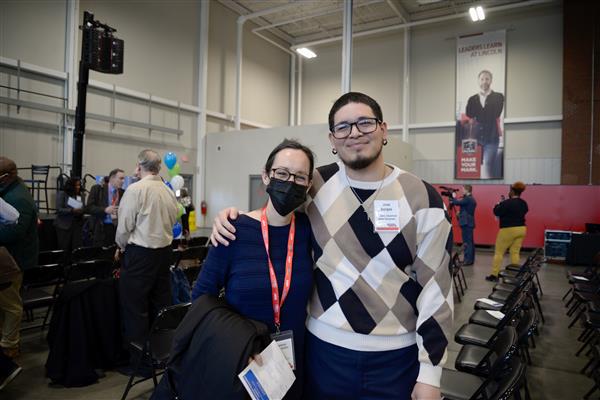 Charlie Braun, president of Custom Rubber in Cleveland, said he enjoys working with students who are exploring options for the future. He said the initiative creates an easy-to-use “portal” for employers who want to participate in career education.

JPMorgan Chase is awarding $500,000 to the consortium.  Half of the funds will go to the Cleveland schools’ career pathway programs; the other half will support Project Captivate, a technology, talent attraction, cultivation and recruitment system at the Greater Cleveland Partnership.

"Today’s investment by JPMorgan Chase will help strengthen the region’s workforce, and ultimately create a strong pipeline of talent for years to come,” said Rudy Bentlage, the company’s market executive for middle market banking and specialized industries for Northeast Ohio.

The collaboration’s first program, Planning and Career Exploration, or PACE, was rolled out in the Cleveland school district last November. PACE will introduce all students to career possibilities at an early age and guide them as they develop the confidence, knowledge, skills, and relationships required to achieve their goals.

The Greater Cleveland Career Consortium has hired an executive director, Autumn Russell, who previously was with the manufacturing advocacy group MAGNET as vice president of diversity and leader of the Early College, Early Career youth apprenticeship program. The CMSD alum has been dedicated to career pathway design and work-based learning models throughout her career.

The GCCC will also employ a small staff to convene work groups focused on curriculum, partnerships and diversity and inclusion. The youth workforce development nonprofit Youth Opportunities Unlimited will serve as the consortium’s home and fiscal agent.

Jaylin Brown, a senior at CMSD’s Ginn Academy, and Jose Burgos, a 2019 graduate of the District’s John Marshall School of Information Technology, were part of the event Tuesday. They spoke about their emerging career paths.

Jose said he discovered his career track as a 10th grader when a teacher at John Marshall IT suggested he try computer science. He is now a junior majoring in computer science at Cleveland State University and recently finished an internship working in data analytics for University Hospitals.

“I’m really happy where I’m at today,” he said.