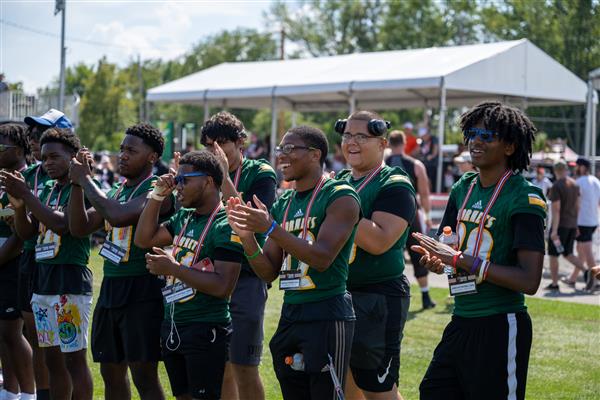 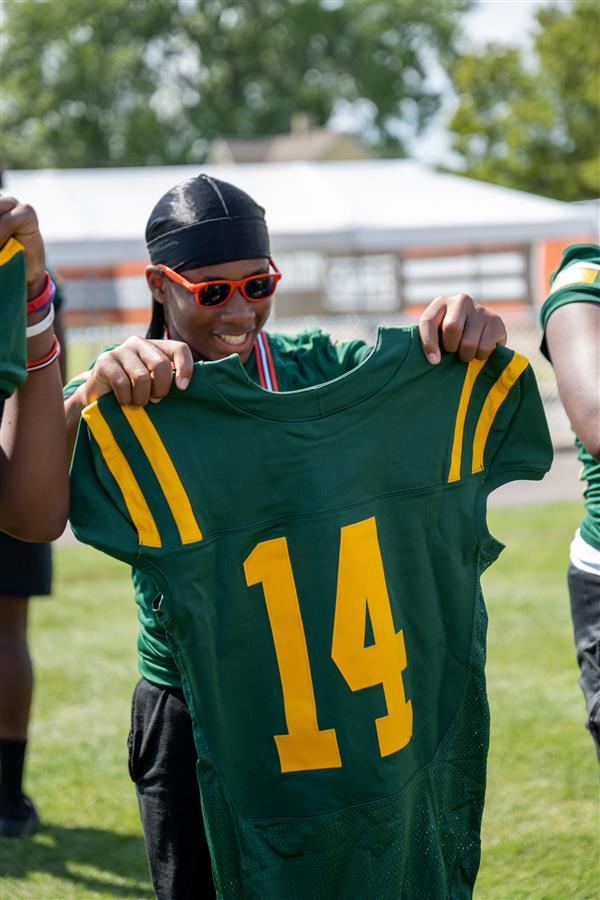 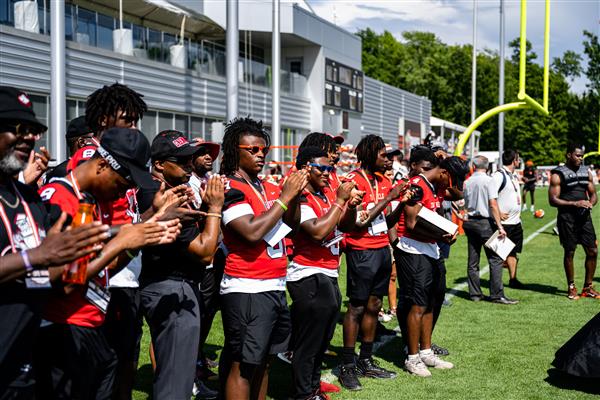 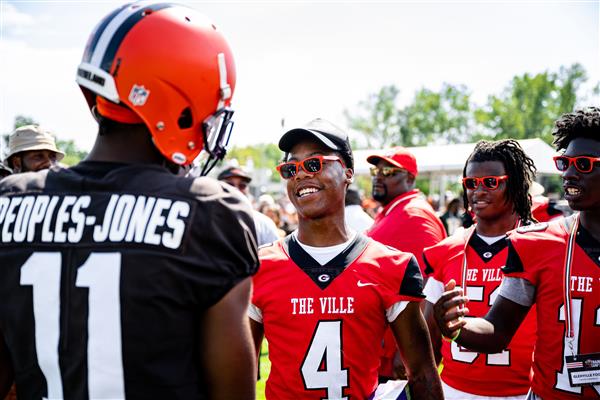 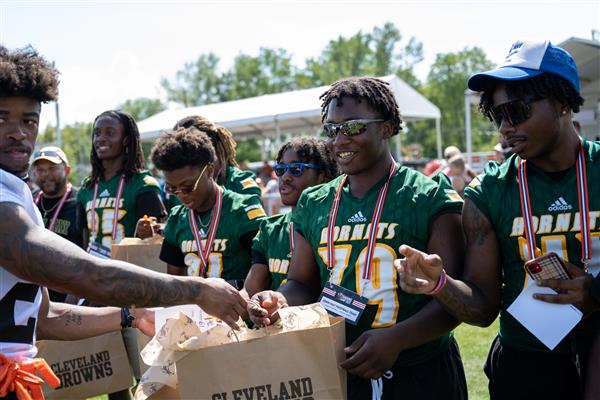 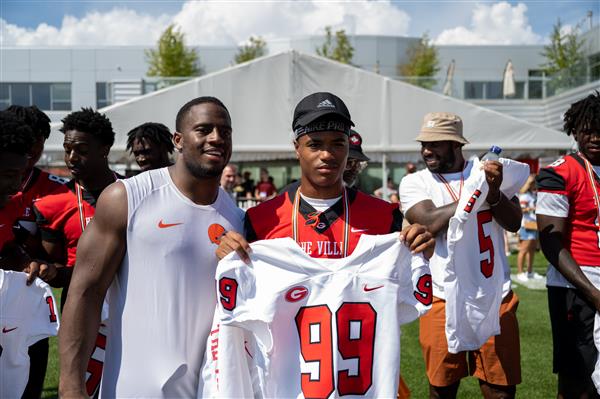 The Glenville and John Hay varsity football teams took in a Cleveland Browns practice Sunday and came away with new Nike jerseys for the upcoming high school season.

Running back Nick Chubb, receiver Amari Cooper and other Browns presented the jerseys to the high school players, who knew they were getting the new gear but did not know when.

The Browns and FirstEnergy announced the donation in December during the team’s 10 Days of Giving. FirstEnergy also used the occasion to announce plans to install lights at Bump Taylor Field.

Bump Taylor is one of five CMSD fields, where the Browns installed turf fields and new scoreboards in 2016 and 2017.