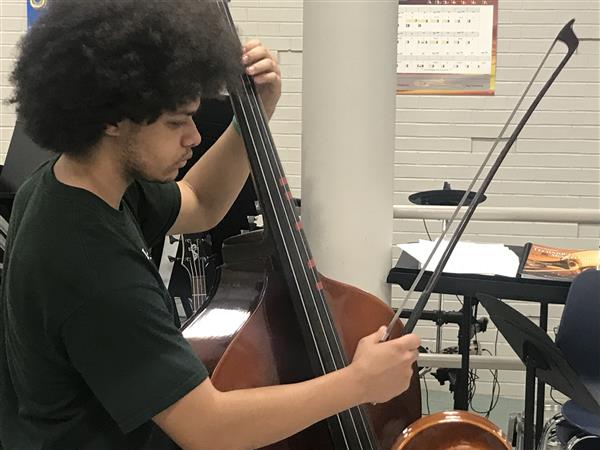 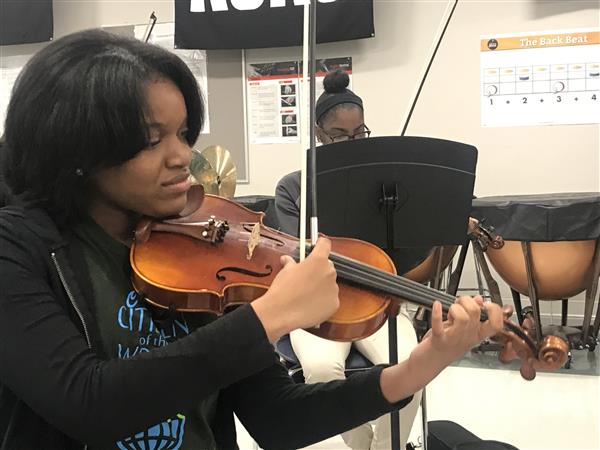 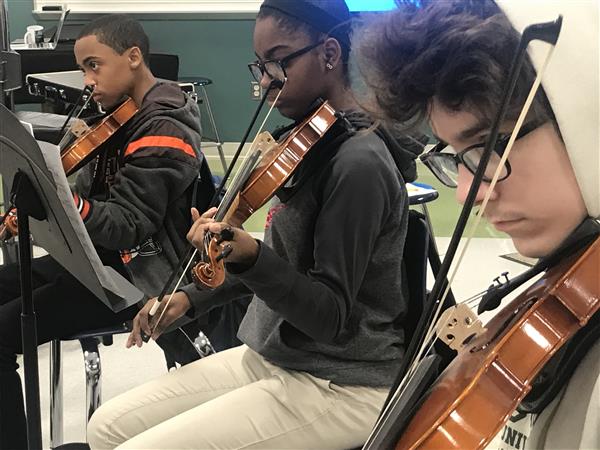 Campus, located at Cleveland State University, is one of 98 schools in the country to earn a 2019 SupportMusic Merit Award from the Best Communities for Music Education Program.

While the International Baccalaureate model that CIHS follows calls for a well-rounded education, the rigor can make it difficult to maintain an extensive music program, said Matthew Cotton, the school’s director of music activities.

Cotton credited the award to the support he gets from Principal Ameer Kim El-Mallawany and Assistant Principal Amy Brodsky, as well as the authority that CMSD gives schools to determine their programming. Brodsky, who played in the Shaker Heights High School band and Cleveland Youth Orchestra, sometimes helps instruct percussion students.

“We had a vision that the music program was going to be strong,” Cotton said. “That commitment was there from the get-go.”

CIHS, which opened in 2017 and now includes the ninth and 10th grades, offers orchestra and beginning, advanced and modern band. Plans call for adding an indoor marching drumline and playing festivals in the next two years.

Cotton said about 40 of the school's 180 students participate in the music program, which he said is particularly strong for an urban school. Few of the students take private lessons, and most use instruments that the school purchased with the help of outside support.

Among those who came with music experience is sophomore Adora Ezepue, concertmaster, or lead violinist, in the orchestra, who has been playing for five years. She said she developed a love of music at a very young age and finds it to be a stress reliever.

“I do a lot of things outside school,” she said. “Music is a chance to let loose and be creative.”

Ninth-grader Isabella Craun plays flute and piccolo in the advanced band. She has a hard time imagining the school without a music program.

“I wouldn’t think about quitting band,” she said. “That’s my thing.”

Cotton, who previously taught in Los Angeles, aspired to be a band director from an early age. He plays all of the band instruments but specializes in the major woodwinds: flute, clarinet and saxophone.

He said the school hopes to eventually add an assistant who will work with the ensembles while he concentrates on giving lessons and helping students with composition. Even without the extra help, he said, his students show great maturity.

“They have been doing a fantastic job of rising to expectations,” he said. “We work them hard.”